The Week Ahead: Who Will Survive the Retail Apocalypse?

This week, everyone will be talking about the accelerating pace of store closures, opening day for the Shops at Hudson Yards and Brexit's surprising upside for some retailers. Read our BoF Professional Cheat Sheet.

The Week Ahead: Who Will Survive the Retail Apocalypse?

This week, everyone will be talking about the accelerating pace of store closures, opening day for the Shops at Hudson Yards and Brexit's surprising upside for some retailers. Read our BoF Professional Cheat Sheet. 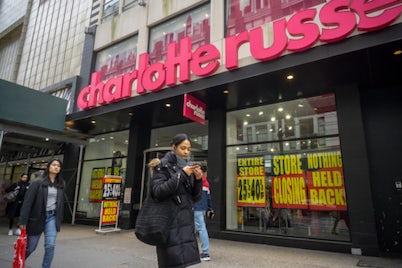 Charlotte Russe said in March 2019 it would liquidate and close all stores | Source: Shutterstock

Every chain closing stores has its own individual tale of woe - Gap (shuttering 230 locations) is embarking on a radical restructuring to arrest years of decline, Foot Locker (165 stores) is doubling down on its promising digital operation and Charlotte Russe (500 stores) is shutting down entirely. But the broader message is clear: the hollowing out of American malls by e-commerce continues unabated. With more retail earnings coming this week, expect the flow of shutdown announcements to continue. The real question is why there was a lull last year. An uptick in consumer spending from tax cuts and full employment offered a temporary reprieve for struggling chains, but only temporarily papered over the very real, very unsolved problem of too many stores serving too few shoppers. The bright side: some survivors are already emerging from the rubble, including Kohl’s, which said last week the failure of so many competitors was driving traffic to its department stores.

The Bottom Line: It’s telling that many of the chains shrinking or shutting down this year fall at the low end of the pricing spectrum. In the age of Amazon, competing on price alone is a death sentence.

Hudson Yards' Bid to Save the American Mall 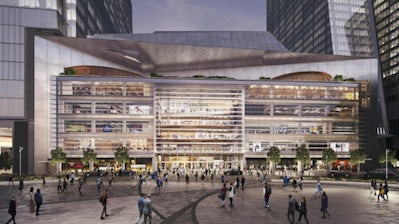 Can a combination of restaurants, luxury shops and Instagrammable art installations revive the American shopping mall? Related Cos. is betting $25 billion that its mixed-use development can provide a way forward for brick-and-mortar retail. Working in the development's favor: integrating experiences like food halls and interactive installations may give people a reason to visit. The luxury brands that dominate the initial list of tenants (including five LVMH labels) are mostly thriving. On the other hand, the above item in this newsletter outlines why stores are becoming an afterthought in the newest generation of malls; consumers seeking expensive tapas must visit Hudson Yards' Spanish food hall, but they can easily buy a handbag on their phone while strolling the neighbouring High Line park.

The Bottom Line: Ultimately the level of foot traffic in the Shops may not matter; for Related, the real money is likely in the surrounding residences and office space. In that, Hudson Yards offers a potential vision of the mall's future - as a loss leader for developers looking to sell luxury condos. 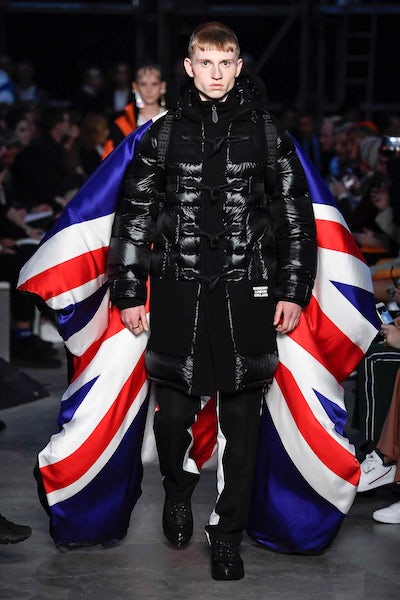 Nobody knows how Tuesday's vote will pan out, so let's look at winners and losers in all the chaos. There's little upside for small British brands and retailers; they bear the brunt of empty shops, long customs queues and labour shortages baked into worst-case Brexit scenarios. International brands are better-able to shift inventory and operations across the Channel, and few are so reliant on UK sales that they can't weather a Brexit-induced recession (for all Burberry's dire warnings, the brand's stock is up 6 percent this year). Some brands even see an opportunity; Urban Outfitters' chief executive Richard Hayne said recently that the cloudy outlook has landlords offering generous deals right when his company is eyeing a European expansion. This coming week, Prada, Adidas, Zara and others could weigh in on the Brexit effect when they release financial results.

The Bottom Line: Retailers bold enough to plow into the UK market could reap a windfall if worst-case Brexit fears prove unfounded. They may also find themselves anchored to an economy in free-fall. 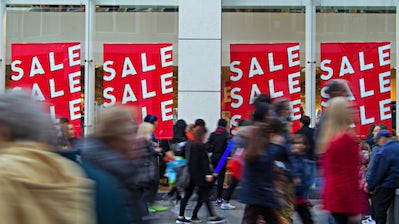 "Consumers don’t trust retail pricing. They know that there are huge mark-ups built in to accommodate sale prices. That message tells consumers that they are chumps to buy at full price. When you erode that trust, when you make the customer feel duped by pricing you will have a very hard time convincing customers that you can be trusted." @snakessuits commenting on "How to Get Your Customer to Pay Full Price."