After missing the sneaker boom, the Italian maker of luxury comfort shoes is aiming to reverse falling sales and re-energise its brand. The company’s new drops-driven model will be put to the test this month with the launch of a collaboration with star designer Alber Elbaz.

After missing the sneaker boom, the Italian maker of luxury comfort shoes is aiming to reverse falling sales and re-energise its brand. The company’s new drops-driven model will be put to the test this month with the launch of a collaboration with star designer Alber Elbaz.

PARIS, France — It’s Monday morning at Le Meurice on Rue de Rivoli, and Alber Elbaz and Diego Della Valle are both dressed in all black, down to the shirt. Personal flairs aside — a red scarf and rosebud lapel pin on the former Lanvin designer and a black scarf and artfully folded pocket square on the Tod’s Group chairman — they are #twinning.

“Diego and I actually met two years ago, and since then we’ve had many, many lunches and dinners,” said Elbaz, peering across the table through his signature thick-rimmed glasses. “Some people call us the twins, because we both like fashion and we both like scarves...and food.”

It’s fitting that Della Valle and Elbaz are sartorially sympatico, given that they have been sharing more than a bowl of pasta as of late, working side-by-side for the past few months on a project that is significant to both the Tod’s business and Elbaz’s personal brand. In April, it was announced that Elbaz had linked up with the brand to participate in its Tod’s Factory initiative, an ongoing series of designer collaborations that have essentially replaced the Italian shoemaker’s seasonal fashion collections in the mould of fellow Italian brand Moncler’s Instagram friendly “Genius” strategy and Calvin Klein’s forthcoming InCKubator project. (Tod’s womenswear designer Alessandra Facchinetti left in 2016, while menswear lead Andrea Incontri departed just days ago.)

We are bombarded by a bulimic amount of visuals, but stories last.

Elbaz’s “Happy Moments” collection, a range of bright-and-shiny driving shoes and ballet flats with rubberised soles and techy uppers made of fabrics including neoprene, will launch in stores in Europe July 10 and July 15 in the US and Asia. (A second drop will hit stores in early September.) Prices start at $1,675 for handbags, $545 for women’s shoes and $675 for men’s shoes.

“It was about changing the sole of Tod’s without changing the soul,” Elbaz said, noting that while he worked with a sneaker-like bottom, the uppers are jazzy versions of the kinds of shoes for which the label is known.

On Tuesday in Paris, Tod’s will throw a big party at the Palais de Tokyo for Elbaz, who has dipped back into the scene with one-off projects since his ouster from Lanvin in 2015.

“I’m more inspired by stories than by visuals — we are bombarded by a bulimic amount of visuals, but stories last,” Elbaz said of why he took on the Factory project. “There is a very specific technique and technology in these shoes. It’s so easy to make a crazy product. But this wasn’t the idea.” 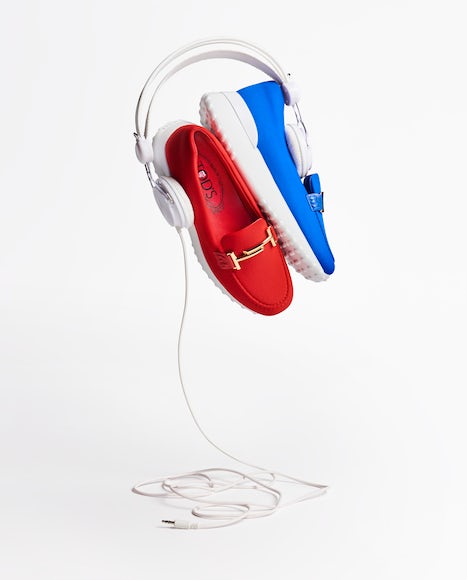 The idea, as Elbaz implied, is not only to create buzz, but to also move product. Like Moncler’s Genius project, Tod’s Factory is designed to keep pace with a fast-moving fashion market that is hungry for newness, driven by a rising generation of consumers who expect a steady stream of product released at the speed of Instagram rather than a hundred-stock keeping units (SKU) collection dump every six months.

But unlike Moncler — which parted ways with longtime collaborators Thom Browne and Giambattista Valli in 2017 in order to launch a series of capsules with the likes of Valentino’s Pierpaolo Piccoli and Craig Green — Tod’s is on the defensive and aiming to reverse falling sales and rejuvenate its brand. The family-run business, best known for its loafer, failed to capitalise on the sneaker boom that has buoyed so many luxury brands in recent years.

“Two or three years ago, my point of view was very clear: We are about super-quality, and I didn’t want to go into the sneakers business because I wanted our image to remain perfect,” Della Valle side. “At the end of the day, I was wrong. A part of the market went in that direction, so [now] we’re doing it with our touch.”

In the 2018 fiscal year, Tod’s Group reported a 26 percent drop in 2018 profit, with full-year earnings before interest, taxes, depreciation and amortisation (EBITDA) falling to €118.3 million (around $130 million) after five years of declining retail sales. In the first quarter of 2019, sales were €216 million ($243 million), down 4.3 percent from a year earlier.

We need to give a reason for choosing us and not another brand.

While the wholesale business continues to contract — down 22 percent from the same period last year — direct sales are improving, in part because Tod’s has taken its e-commerce business in-house. E-commerce currently makes up 7 percent of sales, less than most of its competitors, but the channel is growing in the high-double digits, according to Della Valle.

Along with the Factory Project, which Della Valle said has mostly required a reconfiguration of the production schedule but no major infrastructural changes, the company is now taking a more editorial approach to storytelling and marketing.

“It’s not about cancelling the dream, it’s about growing the dream more quickly,” he said. “The brand manager is like an editor-in-chief. We need to give a reason for choosing us and not another brand.”

But is this all a little too late?

“Tod’s, like a number of other brands, overplayed its iconic blockbuster products of the past, and fell short on innovation and surprise. That has brought top-line headwinds in a market driven by newness,” Bernstein luxury analyst Luca Solca told BoF. “T Factory seems a way to correct this and inject new ideas and energy into the brand. Moncler has been trailblazing with its Genius collection, although it already started from a higher place, given part of its collections was always designer by high profile designers, even before Genius came in.” 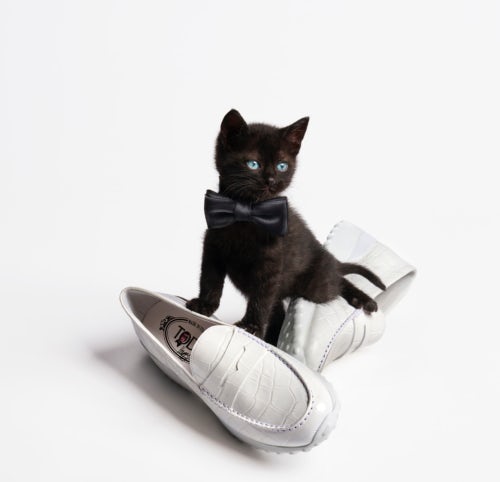 Tod’s declined to share any performance stats from its collaboration with Alessandro Dell'Acqua, which launched in November 2018 and included ready-to-wear, as well as accessories, only saying that it is committed to the drops-driven Factory model. But compared to something like Moncler Genius, or, for that matter, H&M’s recent Giambattista Valli collaboration launch at Cannes — just in time for prom season in the US — it didn’t generate as much attention.

Criticisms that the Factory project has been too slow-going is missing the point, Della Valle said. He and his family, which together control more than 60 percent of the Tod’s Group business, are taking a more conservative approach.

“It’s easy to destroy a reputation with cheap product,” he said. “We are sacrificing turnover because we don’t want to move too much to the [whim] of the market.”

The collaboration with Elbaz, one of the few remaining designers that could be categorised as an international star, will likely attract more eyes than its Alessandro Dell'Acqua drop. “Alber Elbaz may drive more interest, but this needs to be supported with disruptive product and a successful digital marketing initiative,” MainFirst’s Guy said.

The product, which fuses the desire for comfort with feel-good colours and easy-to-wear silhouettes, looks modern, not like it’s grasping at one last chance to participate in the dying trend of chunky, overly designed trainers.

Elbaz, for one, seemed eager to see his new designs on the feet of real people. “One of the most important things in the designer’s work is to be in dialogue with the business side,” he said. “Only when there is a dialogue between the two can you realise the dream. In a way, the business partner is a dream-maker.”

As for who might be next in the Factory, Della Valle said he wants to explore working with an emerging designer.

“We need to [learn how to] drive this new machine in the right way,” he said. “But the potential is very, very high.”