Victoria's Secret: Bargain of the Century?

Scandals aside, Victoria’s Secret has the market know-how and the retail network to remain on top — with the right guidance. Can new owner Sycamore Partners pull it off?

Victoria's Secret: Bargain of the Century?

Scandals aside, Victoria’s Secret has the market know-how and the retail network to remain on top — with the right guidance. Can new owner Sycamore Partners pull it off?

Beleaguered mass lingerie maker Victoria’s Secret’s bid to go private was realised on Thursday, in a deal that gave private equity firm Sycamore Partners 55 percent of the business for $525 million, valuing the whole company at just $955 million. L Brands, the public group that owned Victoria’s Secret, will retain the other 45 percent stake, including its Pink sub-brand, which continues to perform well in comparison.

Given that Victoria’s Secret as a whole — including VS lingerie, Pink and VS beauty — still generates roughly $7 billion in annual revenue (and about $4 billion from the marquee brand alone) — that’s a measly sum. And yet, it was the best deal L Brands was able to find, as no interested parties were willing to acquire the business in its entirety, according to a source familiar with the details. It also leaves L Brands saddled with more than $4 billion in debt and reliant on the growth of Bath and Body Works, which will likely retain Wexner's longstanding executives as Sycamore brings in new leadership for Victoria's Secret.

While Victoria’s Secret has been losing ground to more culturally sensitive competitors, in particular, the American Eagle-owned label Aerie, it’s still the dominant player in the global lingerie industry. It was the interpersonal scandals — the connection to Jefferey Epstein, the reports of misogyny and inappropriate behaviour — that got activist investors riled up enough to take action against L Brands Chairman and Chief Executive, Les Wexner, who has stepped down from his role in the face of the deal.

There is a chance that, like a restaurant chain mired in a food-poisoning scandal, Victoria’s Secret’s reputation has been ruined forever, and its sales will continue to decline. But Victoria’s Secret has something most restaurant chains don’t: dominance in a difficult market to crack. (Bras are difficult to get right when it comes to their industrial design and manufacturing, and they’re one of the few remaining items consumers still like to try on.) Victoria’s Secret has the know-how, and the retail network, to remain on top — with the right guidance.

“This transformation will not happen overnight; it is not as simple as simply flicking a switch to turn off a proposition that has been misaligned for years,” wrote Neil Saunders, an analyst at global data retail, in a recent note. “The board will need to be careful in charting a new course that resonates with consumers and addresses new competitive challenges such as the rise of rival brands like Aerie.”

That’s where Sycamore comes in. The private equity firm is known for its shrewd business tactics and impressive track record: many of the struggling brands it has acquired, including Talbots and Hot Topic, are now stable, if not growing explosively. Sometimes, rescuing companies from the brink has required drastic changes to how they operate, including splitting up brands.

This week, senior correspondent Chantal Fernandez took a deeper look at Sycamore’s strategy, breaking it down acquisition by acquisition. Read her analysis here, and have a great weekend. 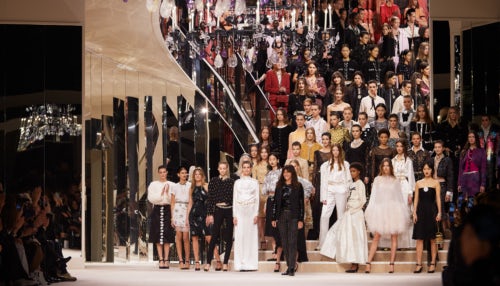 The finale of Chanel's Métiers d’Art in December, 2019 | Source: Courtesy

Chanel is doubling down on blockbuster shows, despite China setback. The luxury brand has had to rethink ambitious plans to restage its Métiers d’Art show in both London and Beijing this summer following the coronavirus outbreak, but it’s still betting on replica shows to connect with customers. For now, Chanel’s plan for a Beijing show is on hold, with much of the country still on lockdown and little certainty over how the situation will develop in the coming months.

Outdoor Voices CEO Tyler Haney steps down as losses mount. Existing investors, including General Catalyst, have provided a lifeline for the activewear label, which continues to lose money on customer acquisition as it struggles to broaden its audience. In 2019, the brand was losing up to $2 million per month with annual sales of around $40 million. At the end of last year, the company tried to raise more money, but had difficulty.

Farfetch does drops now, too. The platform will offer limited-edition, exclusive products on its app as part of an effort to get more shoppers engaging more often with its offering. The products will arrive weekly and will be developed by a group of recently acquired Farfetch talent, including Opening Ceremony’s Humberto Leon and Carol Lim, Stadium Goods’ co-founder John McPheters and New Guards Group Chief Marketing Officer Cristiano Fagnani.

Adidas and Puma warn of coronavirus hit to China business. The German sportswear brands make almost a third of their sales in Asia, which is also a key sourcing hub. Adidas said in a statement that its business in the Greater China area had dropped by about 85 percent year-on-year in the period since Chinese New Year on January 25. Meanwhile Puma said more than half of its stores in China were temporarily closed.

Post-Brexit trade deal could increase retail prices. Negotiations on a new relationship between Britain and the EU will start next month. British consumers face higher prices and reduced availability of goods if the government fails to agree pragmatic solutions with the European Union on regulatory checks at ports in any post-Brexit deal, the retail industry's lobby group warned. It said the government must establish import and export processes along with the infrastructure needed to conduct the necessary checks.

Michael Avenatti found guilty. The celebrity lawyer could get more than 40 years in prison. A US jury found Avenatti guilty of trying to extort Nike Inc out of millions of dollars and defraud a youth basketball coach he represented. Avenatti also faces criminal trials this spring in New York on charges he defrauded adult film actress Stormy Daniels out of proceeds from a book contract, and in California on charges he defrauded several other clients and lied to the Internal Revenue Service.

Laura Ashley's major shareholder in funding talks. The British fashion house is the latest victim of a troubled couple of years for UK retailers, with sales hit by store closures and a worsening consumer mood. US bank Wells Fargo & Co and Laura Ashley's majority shareholder MUI Asia Ltd. are discussing arrangements that will let the retailer use funds from the facility for immediate requirements, and to draw down additional amounts to meet ongoing working capital needs in the short to medium term. 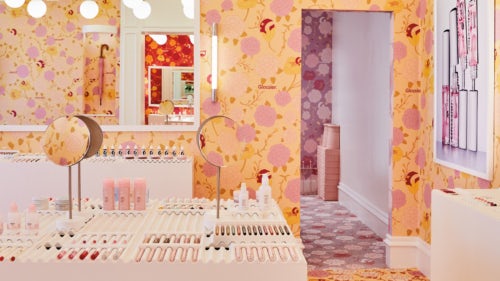 Glossier presses pause on “Play,” rethinks makeup strategy. The beauty company debuted its first new brand last year to much fanfare, but sales failed to match the hype. Web searches for “Glossier Play” are down 98 percent from their peak. Going forward, Glossier's goal will be brand extension, not reinvention. The company plans to release new products at a steady cadence, each pitched as the “perfect” version of an essential beauty or skincare item.

Boticario eyes cosmetics acquisitions at home and abroad. The Brazilian cosmetics company, a major rival to Natura & Co, is set to increase investment from 2019 totals as competition intensifies. With over 4,000 stores in Brazil and operations in more 15 countries, Grupo Boticario plans to invest 350 million to 400 million reais ($80 million to $92 million) this year, more than the 330 million reais invested in 2019. 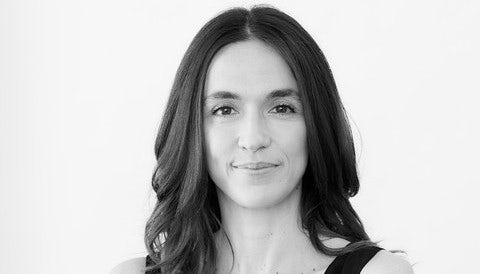 Rent the Runway names supply chain chief. Following the departure of Marv Cunningham in the wake of supply chain difficulties in September 2019, Rent the Runway has appointed Brian Donato to chief supply chain officer effective March 16, 2020. Donato will report to Rent the Runway Co-Founder and Chief Executive Jennifer Hyman and joins the company from indoor agriculture start-up Bowery Farming, where he was operations lead.

Jeff Bezos pledges $10 billion to climate change fight. The Amazon CEO commits funding for scientists, activists, nonprofits and other groups fighting to protect the environment. The Bezos Earth Fund will begin issuing grants this summer as part of the initiative. But cutting emissions will be challenging for Amazon. The e-commerce company delivers 10 billion items a year, has a massive transportation and data centre footprint, and has faced criticism from within its own workforce.