Who Will Buy Barneys?

This week, everyone will be talking about who will buy Barneys New York, the (potential) release of Kanye West's latest album and the protests in Hong Kong. Get your BoF Professional Cheat Sheet.

Who Will Buy Barneys?

This week, everyone will be talking about who will buy Barneys New York, the (potential) release of Kanye West's latest album and the protests in Hong Kong. Get your BoF Professional Cheat Sheet.

Barneys in the Balance 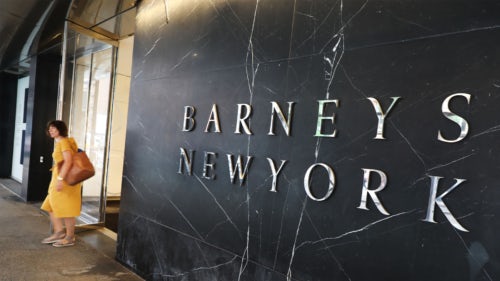 Whoever buys Barneys has their work cut out for them. The mini-chain of department stores is a long way from its heyday as an arbiter of luxury style. That role today is played by more rigorously curated multi-brand stores like Dover Street Market and Kith, plus the legions of influencers, e-commerce sites and direct-to-consumer brands that now compete for the attention of customers. That’s not to say Barneys is destined to join Henri Bendel in department store heaven; last week, a consortium of fashion executives, led by Kith founder Sam Ben-Avraham, assembled a $220 million bid to buy the retailer, according to The Wall Street Journal. And a new store in the American Dream mega-mall in East Rutherford, N.J., is still slated to open.

The Bottom Line: Once a brand loses its relevance with consumers it's hard to get it back. But Barneys has to try; otherwise the spiral of falling store traffic and growing online competition will send it right back into bankruptcy court.

Will "Jesus Is King" Spark Another Fashion Revolution for Kanye West? 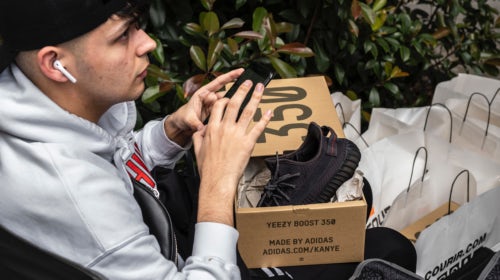 Kanye West’s fans have been driven into a frenzy of anticipation for the singer's next album. For now, they'll have to content themselves with tie-in clothes, including $50 socks and $195 sweatpants (which now sell for double that on StockX). Concert merchandise has come a long way from the band T-shirt, and West is a big part of the reason why. In the years since the release of 2013’s “Yeezus,” he’s devoted as much time to fashion as music; his Yeezy line of sneakers is reportedly a $1.5 billion business for Adidas, and the only real challenger to Nike and Jordan in the resale market. Other artists have adapted West’s formula, including Rihanna, who parlayed her international superstardom into a cosmetics and fashion empire, and Travis Scott, the rapper (and recent BoF 500 inductee) whose streetwear collaborations with luxury brands and Nike sneakers sell out within minutes.

The Bottom Line: Fashion has become an important part of the music industrial complex. In a time when the songs themselves are streamed rather than owned, fans still want a physical signifier to show off their loyalties.

Has Fashion Given Up on Hong Kong? 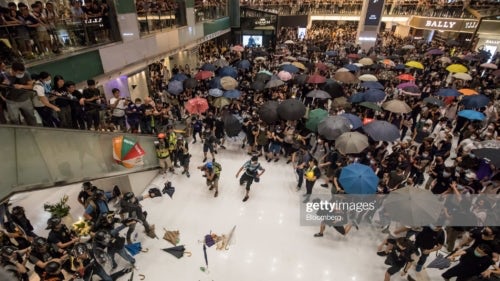 As Hong Kong's pro-democracy protests near the end of their fourth month, retailers are contemplating a permanent downturn in a market they once viewed as a linchpin of their business in Asia. Demonstrators protesting against anti-democratic measures taken by mainland China's government in the city have targeted malls along with transit hubs and city streets in an effort to draw maximum attention to their cause. Cowen estimates a year-on-year drop of anywhere from 10 percent to 60 percent in sales for brands like Coach and Tiffany. Privately, executives talk of a death spiral for retail in the region, as protest shut down business activity, triggering layoffs and further depressing spending. Brands are attempting to make up for their losses in Hong Kong by investing more in mainland China, where opportunities abound despite the US trade war.

The Bottom Line: Brands may struggle to stay above the political fray if violence continues to escalate and the protests gain more international attention.