There is little doubt that the two French leaders in luxury fashion are becoming more powerful.

There is little doubt that the two French leaders in luxury fashion are becoming more powerful.

Despite shockwaves from a US-China trade dispute, LVMH and Kering both posted stellar results this week in the latest instalment of what has become a quarterly showdown between the rival French conglomerates, which control many of the world’s top luxury fashion brands.

On Tuesday, LVMH reported revenue of €21.8 billion for the first half of 2018, reflecting organic growth of 12 percent. Profit from recurring operations surged 28 percent. On Thursday, Kering posted first half revenue of €6.4 billion, up 33.9 percent, buoyed by continued momentum at Gucci, which grew sales by 40.1 percent. Recurring operating income rose 53 percent. Together, the two conglomerates now control almost 25 percent of the luxury fashion and accessories market.

It's exceedingly clear that the wider luxury sector — recently weighed down by the decline of department stores in the US and China’s anti-corruption drive — has bounced back. According to Bain & Company, sales of personal luxury goods are expected to expand by 6 to 8 percent from €276 billion in 2017 to €281 billion in 2018. A rebound in demand from young Chinese consumers — whose newfound wealth means more and more of them are communicating their rising social status with new fashion and accessories — has played a critical role in the return to growth.

But even in a rising market, the two groups that dominate luxury fashion are outpacing the overall market and are becoming more powerful — and investors have rewarded them handsomely. The market capitalisation of both LVMH and Kering has increased relative to the wider luxury sector in the last three years, according to analysis by BNP Exane Paribas.

The collective heft of their portfolios gives the two giants greater leverage with multi-brand retailers, mall owners and real estate developers. Ditto when it comes to media buying.

At the same time, the luxury landscape has also become much more complex, unpredictable and difficult to navigate for smaller players. Digital has completely changed the game, upending once dependable distribution channels and giving rise to new competitors. But online upstarts are facing the challenges of rising brand-building and customer acquisition costs. China, too, has added a degree of complexity to the equation.

These shifts play decisively to the strengths of the big groups whose market dominance is growing. This is especially true when it comes to attracting and retaining talented managers.

“The most important advantage LVMH and Kering have is the depth and breadth of their management teams,” said Luca Solca, head of luxury goods at BNP Exane Paribas. “The industry is getting more complex; having an advantage in sourcing and retaining talent is key.”

But although the industry is captivated by their rivalry, LVMH and Kering aren’t the sector’s only successful large-scale players. Chanel and Hermès are dominant companies too. Last Friday, Hermès reported a 12-percent rise in second quarter sales, which hit €1.46 billion, and said it expected first-half operating profits to match the record reached last year. Meanwhile, Chanel recently reported financials for the first time in the company’s history, revealing sales of $9.6 billion last year — just a shade behind LVMH cash cow Louis Vuitton.

But will their dominance continue forever?

Luxury consumers are becoming more sophisticated and don’t only buy from big brands. Critically, more and more people in China’s cities are shifting away from wearing megabrands head-to-toe and are seeking out lesser-known names as they craft and communicate their identities with greater subtlety. Customers want to mix and match, and the accessibility of the internet is only accelerating this shift.

So, while LVMH and Kering certainly have growing influence and power in the sector, luxury fashion is unlikely to become a tale of two conglomerates. Nipping at their heels are a cadre of emerging direct-to-consumer brands that are capturing interest and market share — and keeping the conglomerates on their toes, spurring them to innovate as the market landscape continues to evolve. 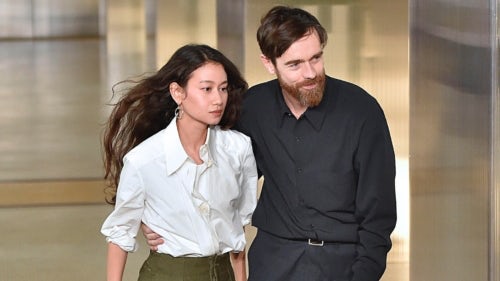 Uniqlo owner takes stake in Lemaire. Fast Retailing, which owns seven brands including Uniqlo, Theory and Helmut Lang, has acquired a minority stake in the Paris-based label designed by Sarah-Linh Tran and Christophe Lemaire. The terms of the transaction were not disclosed. In addition, Christophe Lemaire, who heads Uniqlo's Paris R&D Centre and designs the Uniqlo U line, has extended his contract with the Japanese conglomerate by five years.

Under Armour sales top expectations. North American sales grew for the first time in a year, helping drive revenue that topped analysts’ estimates and sending shares up by 7.4 percent. Revenue rose to $1.17 billion in the second quarter. Under Armour relies more heavily on its North American sales than rivals like Nike, which gets about 44 percent of revenue from the region, and Adidas, which gets about 21 percent.

Puma shares tumble as it sticks to profit forecast. The German sportswear maker left its operating profit target at between €310 million and €330 million ($363 million to $387 million), even as it lifted its forecast for a currency-adjusted rise in sales to 12 to 14 percent, from 10 to 12 percent. Its shares, which have risen a quarter this year, fell more than 7 percent at the open to their lowest level in 10 weeks.

Superdry co-founder sells 6.7 percent stake. Julian Dunkerton, a former chief executive of the company who quit as a director in March, has sold a 6.7 percent stake in the company, reducing his holding to 18.5 percent. 5.5 million shares were sold through a placing to institutional investors at 1,285 pence a share, raising £71 million ($92.9 million). Shares closed Monday at 1,365 pence, valuing the business at £1.12 billion ($1.46 billion). 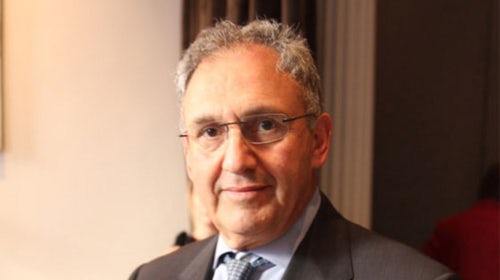 Former Net-a-Porter CEO Mark Sebba passes away. The beloved former chief executive of Net-a-Porter passed away at the age of 69 in Crete. As the head of luxury fashion e-tailer Net-a-Porter for more than a decade from 2003 to 2014, Sebba oversaw the company’s start-up and growth phase with founder Natalie Massenet. He is survived by his wife, Anne Sebba, three children and five grandchildren.

Ivanka Trump shuts namesake fashion brand. The American business woman is shutting her namesake fashion brand, which she formally departed in January 2017. Before her father Donald Trump became president, Ivanka built a successful label: sales soared in 2016, with wholesale up 61 per cent, profiting $47.3 million. But by February 2017, following a divided election and protests against Trump and his policies, Ivanka's products started vanishing from stores.

Lululemon names Calvin McDonald as new CEO. McDonald joins from LVMH's cosmetics retailer Sephora, where he was head of the Americas region, and will start in his new role at Lululemon on August 20. He succeeds Laurent Potdevin who abruptly departed in February 2018 under a cloud of alledged misconduct.

Troy Young named president of Hearst Magazines. The architect of the division's digital media strategy will succeed David Carey, overseeing more than 300 print editions and 240 digital brands around the world. The news comes one month after Carey announced that he would step down after eight years at the privately-held media company.

Moda Operandi CEO exits, Tesla's Ganesh Srivats steps in. Deborah Nicodemus is stepping down as chief executive of the luxury e-commerce company, which has tapped Tesla executive Ganesh Srivats to assume the position effective August 1. Nicodemus, who served as chief executive for five years, will remain an adviser to the company. She told BoF in May that she was “very focused on driving the bottom line” as the company strives to be profitable by 2020.

The RealReal raises $115 million in Series G funding. The round was led by PWP Growth Equity, the middle market private equity group of Perella Weinberg Partners, with additional participation from new investor Sandbridge Capital and existing investor Great Hill Partners. It brings the total raised in private equity capital to $288 million. The online resale site said it will use the funds to build new fulfilment centres and expand its brick-and-mortar footprint.

Dior brings back saddle bag with global Instagram blitz. The luxury brand unleashed the bags in a marketing blitz that was hard to miss: scores of Instagram influencers from around the world posted images modelling the $2,000-plus bags on the same day that Dior released its own campaigns, with models posing against vintage cars on the streets of Paris. However, when the same item is seeded to hundreds of individuals, there's a danger that oversaturation can decrease consumers' desire.

Zalando buffs up beauty credentials with Berlin shop. Europe's biggest online fashion retailer has opened its first brick-and-mortar beauty store in Berlin, as it seeks to establish its reputation in beauty. The site already sells around 140 beauty brands and 5,000 products online and plans to launch big-name brands Estée Lauder, Mac, Clinique and Origins this week, and add many more in coming months.

Disclosure: LVMH is part of a group of investors who, together, hold a minority interest in The Business of Fashion. All investors have signed shareholders' documentation guaranteeing BoF's complete editorial independence

Editor's Note: This article was revised on 31 July, 2018. A previous version of this article misstated that former Lululemon chief executive Laurent Potdevin departed the company in February 2017. This is incorrect. He departed in February 2018.