LONDON, United Kingdom — Driven by a growing thirst for uniqueness, niche brands Magda Butrym, Attico and Saks Potts are on the rise, becoming best-sellers at some of the world’s most influential retailers with competitive price-points and high-quality yet practical pieces that feel special.

“The industry has changed quite dramatically, so we're definitely seeing an increased level of enthusiasm for newness,” says Lisa Aiken, retail fashion director at The Net-a-Porter Group. “These emerging brands are offering a new point of view that doesn't exist in the world. They have a clean slate.”

Compared to last year, Net-a-Porter has more than doubled its buys for emerging labels like Attico and Magda Butrym. The rise of social media platforms like Instagram — at once intimate and wide-reaching — has played a critical role in the shift. “Once upon a time, as a buyer, you would do the rounds and go to all the showrooms. Now we're seeing these brands have found a platform that directly talks to their customer and it's an amazing sourcing tool for us,” adds Aiken.

That sense of discovering a small, independent brand that not everybody knows feels so sacred.

Olivia Kim, vice president of creative projects at Nordstrom, sees a similar move towards niche luxury labels. “I think a lot is fuelled by a sense of overexposure. People are overexposed to everything these days through the digital world. Finding a small, independent brand by falling through a deep rabbit hole on Instagram is a gem. That sense of discovering something that not everybody knows feels so sacred,” says Kim, who in the autumn of 2015, launched a concept space at Nordstrom dedicated to highlighting emerging designers.

But uniqueness alone is not enough to attract influential stockists. “I won't pick up a new brand unless there's a long-term opportunity there,” says Aiken. “We’re very cautious. Production has to be flawless. The brands we’re talking about have been able to put out new ideas into the world that we’re seeing a response to in a very short time which is incredible and a testament to their hard work.”

Magda Butrym became the top-selling new brand on Net-a-Porter last season with a sell-through rate that is said to be around 90 percent. “The growth is pretty fast, we’re doubling the volume from season to season, if not by more,” says Jakub Czarnota, managing director of the Polish label. 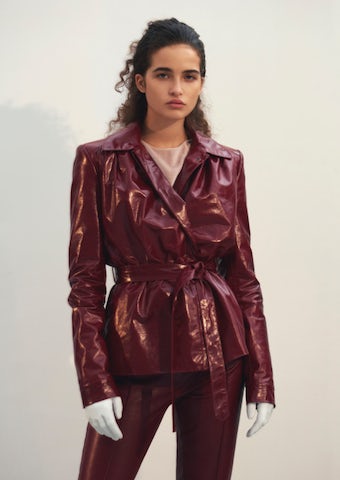 “[Though] in the beginning we had no network. There were no fashion buyers or local retailers we could work with and the press here is very low quality, so it was difficult to get attention from the international retailers and press,” continues Czarnota.

The label — which was founded in 2014 by eponymous designer Magdalena Butrym — quickly gained momentum on Instagram for its bohemian, rock-and-roll aesthetic and high-quality, artisanal production. Its combination of feminine prints, romantic ruffles and use of silk fabrics with masculine tailoring and heavy leathers has made it a favourite among influencers like Kim Kardashian and Nicole Warne, who have helped boost brand awareness. “Instagram was very helpful. It gives everyone an equal opportunity for a wide audience,” says Czarnota.

While its base in Warsaw, outside the world’s top fashion capitals, was initially a hurdle, the label has recently turned its home into a competitive advantage, offering low overhead costs and access to quality production. "Poland offers favourable conditions with respect to production for small to medium-size fashion brands as there are many small-sized production companies which work for foreign labels."

For Autumn/Winter 2017 Magda Butrym will be carried by over 110 stockists, including MyTheresa, Selfridges and Bergdorf Goodman. But Czarnota is quick to note that the label remains highly selective with its wholesale partners and is cautious to not over-distribute. “We always target our top choice partners in given areas and if they don’t respond immediately we tend to wait and work on them rather than compromise.” The brand also plans to drive growth with new product categories, starting with footwear next season, followed by handbags.

“We are hungry to grow,” Czarnota says. “Being a young brand, you have to be persistent to get the attention or you can get lost in translation. What has changed is that in the past you could grow slowly over time and become successful after 15 years. With so many brands today coming to life, the consumer interest has to be strong [early on] otherwise your brand will quickly be forgotten and replaced. Now you can either grow fast or you don’t grow at all.”

Attico is little over a year old, yet in that brief time, it has grown its wholesale distribution to include more than 140 stockists, including Net-a-Porter, Joyce Hong Kong and Opening Ceremony. The brand, now in its third season, declined to reveal current revenue figures, though says it has an average sell-through rate of 78 percent. 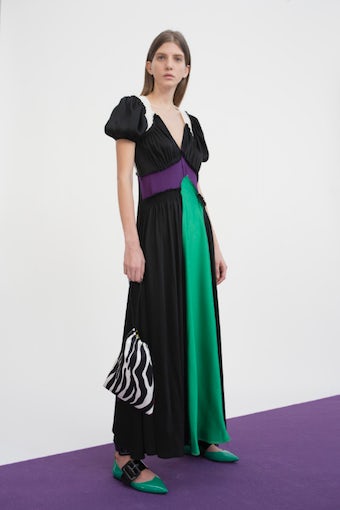 The label — which takes its name from the Italian word for ‘penthouse’ — was founded and self-funded by Italian street style stars-turned-designers Giorgia Tordini and Gilda Ambrosio, whose combined Instagram following of 250,000 gave the brand an immediate boost. “I cannot hide that Gilda and I had [such] big exposures, that in the beginning [it] helped to let people know that we were launching a new brand,” says Tordini.

Attico takes its aesthetic lead from classic peignoir robes. “We were mainly inspired by vintage furniture and these ladies hanging around in these apartments,” continues Tordini. “With the clothing you feel like you don’t have to wear it for a special occasion. Like buying vintage, you feel that when you wear our pieces you’re wearing something unique.”

For its debut Autumn/Winter 2016 season, Tordini and Ambrosio’s silk-blend, colourful dresses (ranging between $1,070 and $3,450) were sold to 70 stockists worldwide, with many styles quickly selling out.

“For a brand to be successful you have to have confidence,” adds Tordini. “Of course the product has to be valued and the quality had to be good but you need to have the right partners as well. Then the image of the brand also needs to be coherent with the product. Many things have to work at the same level at the same time.”

Today, Attico’s collection comprises embellished denim and velvet ankle strap heels, and at the pace it is currently growing — the brand is predicted to grow 150 percent each season — Tordini says fashion is just the beginning of what is to become a lifestyle brand. “What we would love is to create a world that we started narrating with clothing and accessories and adding furniture, books and eventually make a platform that’s going to contain all these objects and you can navigate around the world of Attico,” she says.

Now in its seventh season, Danish brand Saks Potts, has seen revenue grow 100 percent year-on-year, since its establishment in 2013, and is stocked in over 50 doors, including Matches, Boutique 1 and Boon the Shop with an average sell-through rate of between 80 and 100 percent for all its collections. Saks Potts declined to reveal specific revenue numbers. 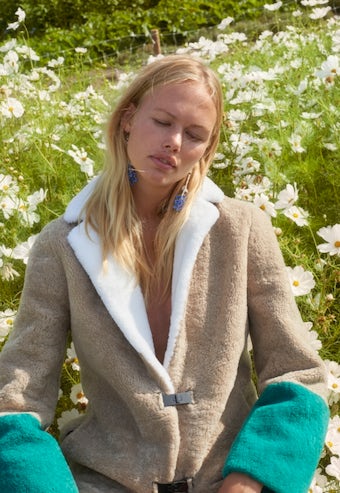 Having an untraditional design approach to contrast Scandinavia's famous minimalistic style was the starting point for designers Cathrine Saks and Barbara Potts. Based in Copenhagen, the pair launched with a single product category: a seasonless, multi-coloured fur coat.

“From the beginning it has been very important to make something that’s simple to understand. The collections aren’t very big and we focus on things we’re good at,” says 24-year old Saks. “We found that something was missing, a fur coat that young girls our age could afford,” adds Potts, 23.

Saks Potts began to gain momentum overseas once popular influencers, including Eva Chen, Leandra Medine and Pernille Teisbaek started wearing the brand’s signature shearling ‘Febbe’ coat (about $1,500) during New York Fashion Week in early 2016. It instantly sold out and remains scarce today. “Our product [works] really well on social media and for street style. People like something that’s quite catchy and you can always see that it’s Saks Potts,” says Saks.

To maintain international relevance Saks Potts has shown collections in both Paris and Copenhagen and has added ready-to-wear to its offering. “Copenhagen is a small city and it does have a limited number of designers. You can more easily drown in the crowd if you’re based in one of the big fashion capitals,” says Saks. But Potts admits to have considered showing abroad: “It’s no secret that we’ve been thinking about showing in London, Paris or New York because all the things are happening in the fashion capitals, but right now it’s still going strong here.”

5 Lessons in Building a Fashion Business