Drastic action must now be taken if US department stores are to avoid perishing at the hands of shifting consumer culture.

Drastic action must now be taken if US department stores are to avoid perishing at the hands of shifting consumer culture.

Attention, American department stores: things aren’t going back to the way they were.

For the past two years, BoF has documented the challenges facing the traditional American department store model, one which is reliant on wholesale relationships in a direct-to-consumer world, on foot traffic when the web is just a click away, on discount culture that breeds price-sensitive consumers and, perhaps most importantly, on the idea that consumers still want to buy stuff when they are shifting spend towards experiences.

Department stores from Macy’s to Neiman Marcus have made efforts to reverse their fortunes, closing underperforming stores in oversaturated markets, eliminating redundant positions at both shop floor and corporate levels, doubling down on off-price and adding experiential elements — from spa treatments to restaurants — to their offering.

This year alone, Macy’s announced that it would cut 1,000 jobs and close 68 stores; Hudson’s Bay Company announced the elimination of 2,000 jobs and a corporate reorganisation; and Neiman Marcus tried to find a buyer, restructuring its nearly $5 billion in debt along the way. Saks Fifth Avenue, owned by Hudson’s Bay Company, debuted an entire floor dedicated to wellness at its New York City flagship. Neiman Marcus introduced shop-in-shops by “Netflix for fashion” start-up Rent the Runway. Restaurants like Fred’s at Barneys New York and BG at Bergdorf Goodman thrived.

But this week, shares of both Macy's and Kohl's fell after the quarterly results failed to assure investors that a turnaround was taking hold. What’s more, buried in the financial results reported by Ralph Lauren this week was a significant strategy shift that should send chills down the spines of American department stores.

On Tuesday, the company announced that it would decrease its wholesale distribution at US department stores, closing 20 to 25 percent of underperforming points of sale by March 31, 2018, the end of its fiscal year. Last year, Michael Kors too announced a similar strategy, and while its wholesale net revenues in the Americas for the first quarter of fiscal 2018 were $227 million — a 19 percent drop from $282 million the year previous — chief executive John Idol said that the consumer is becoming less price resistant because of the new approach, designed to keep the brand out of department store friends-and-family discounts, as well as couponing. “As long as we are giving her the right product, she’s responding extremely well,” he said on an earnings call. Coach Inc. also announced last year that it would decrease its wholesale distribution by 25 percent. By January 2017, the budding aspirational luxury group was reporting double-digit earnings growth.

Other megabrands are sure to follow in the footsteps of Coach, Michael Kors and Ralph Lauren — and that doesn’t bode well for department stores, which have long relied on these well-known entities to attract customers and generate a large volume of sales.

Another dangerous sign: this summer, Macy’s and Bloomingdale’s began discounting beauty products, which have long been exempt from the markdown cycle of apparel, jewellery and accessories. And in what may be the true death knell of the model, ratings and analytics company Moody's said in June that 22 major US retailers — including Neiman Marcus and Sears — are in danger of going bankrupt, following in the footsteps of Nasty Gal, Wet Seal, American Apparel, The Limited and BCBG Max Azria.

"The majority of retailers remain fundamentally healthy," said Moody's lead retail analyst Charlie O'Shea in a note to investors. "But as select groups of retailers continue to deteriorate — in particular department stores and specialty retailers — we believe the distressed ranks will keep growing, fuelled in part by distinct vulnerabilities."

Is it simply too late for a turnaround at American department stores?

Driven by the rise of connected culture — from e-commerce to the “sharing economy” — consumers are never going to return to their former shopping habits — and this is disrupting retail across the board. Morgan Stanley estimates that new car sales in the US will decline nearly 20 percent by 2019, in part due to rise of ridesharing services like Uber and Lyft. Amazon has hurt local grocery, drug and convenience store chains. Sure, consumers may be inclined to visit a top-rated restaurant at a department store, or book a spa treatment, but do those low-margin sales drive high-margin apparel and accessories purchases?

So what can department stores do?

But ultimately, there is no plug-and-play solution. Adding a fitness centre, or a white-hot brand will not save you. Forget about the word department store, actually. They all need to be specialty retailers, selling clothes through a truly distinctive lens. And for those that will remain beholden to shareholders, let the value come from condo developments or selling off real estate. Then focus in on honing your point of view. If you succeed, shoppers will return.

Walmart and Birchbox reportedly in acquisition talks. The online cosmetics company is said to be in discussions with multiple retailers, including Walmart. Since it was founded in 2010, the startup has raised more than $80 million from investors, in addition to previously undisclosed venture debt secured in 2015, which is due early 2018. If a sale to Walmart takes place, it will be the retail chain’s fifth acquisition since August 2016 as it seeks to overtake competitor Amazon.

Gucci escalates legal battle with Forever 21. Following the fast fashion chain’s complaint against a threat of trademark litigation from Gucci, the Italian label has escalated with counterclaims, asserting Forever 21 copied its signature “blue-red-blue” and “green-red-green” stripe webbing. While Gucci argues that copies dilute brand equity, several retailers have turned to the brand for inspiration after sales climbed 43.4 percent in the first half of 2017, and new data compiled by BoF and Lyst revealed Gucci ranked as fashion’s highest-performing brand between April and June 2017.

Ralph Lauren sales beat first quarter forecasts. The American fashion brand reported net income of $59 million, compared with a loss of $22.3 million one year ago. Meanwhile, same-store sales fell 7 percent in the quarter, better than the 7.5 percent drop expected. In a bid to beat sluggish spending and increased competition, the company has embarked on a turnaround strategy, trying to reposition itself as a top aspirational brand by reducing wholesale distribution. This could prove damaging in the long run, however, as last fiscal year, 69 percent of Ralph Lauren’s operating profit came from wholesale partners.

Fossil shares plunge 28 percent. Shares tumbled after the watchmaker predicted a sales decline of 8.5 percent this year — a result of its reliance on department stores and Apple’s dominance of the smartwatch market. In response, the company plans to release 300 new products and shutter underperforming stores. It follows the departure of chief financial officer Dennis Secor, who will be replaced by board member Jeffrey Boyer.

LVMH aims for double-digit watch sales growth. Following an unexpected 13 percent rise in sales, the luxury conglomerate is expecting positive results for the second half of the year. Watch brands in its portfolio, including TAG Heuer, Zenith and Hublot, outperformed competitors owned by Swatch Group and Richemont; the company is now looking to maintain that lead despite difficult year-on-year comparisons. 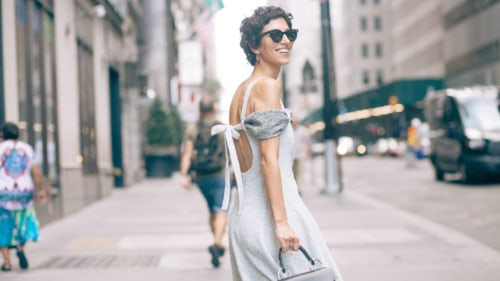 Yasmin Sewell joins Farfetch. In her role as vice president of style and creative, Sewell will lead the platform’s global editorial and creative teams. Most recently, the fashion consultant served as fashion director at Condé Nast’s Style.com e-commerce venture, a project which was abandoned following the announcement last month of a new commerce partnership between the publishing house and the Farfetch platform. Style.com's UK launch was panned by critics, including the The Sunday Times Style (its scathing piece, which was widely circulated in the industry, declared: “Vogue’s attempt to join the online shopping club falls flat”).

Ariel Foxman joins Olivela. The former editorial director of InStyle and StyleWatch has been appointed chief brand officer at the luxury fashion e-commerce platform, which is built on a "philanthropic retail" model. Foxman, who will begin his new role on August 21, consulted for Olivela on branding and content strategy in the run up to its launch in June.