LONDON, United Kingdom — For decades, multi-brand stores like Colette, 10 Corso Como and Browns have provided a compass-like guide to the state of fashion in Paris, Milan and London. Emerging markets, by contrast, have been comparatively slow to birth influential multi-brand retailers. But in recent years, with the rapid globalisation of the industry, a host of bellwether boutiques have mushroomed well beyond the fashion capitals of Europe, each playing a role in shaping the fabric of the markets they inhabit.

From Mumbai to Baku and Lagos to Jakarta, the more exceptional among them — more than mere vehicles for tapping newly wealthy consumers — now serve as essential anchors for their local fashion scenes. Operating in some of the most dynamic economies on the planet, these multi-brand boutiques have become real gamechangers in their respective markets and important new nodes in the global fashion system, uniting local intelligence with international standards. BoF highlights six gamechanging boutiques making an impact in Asia, Africa and Latin America. 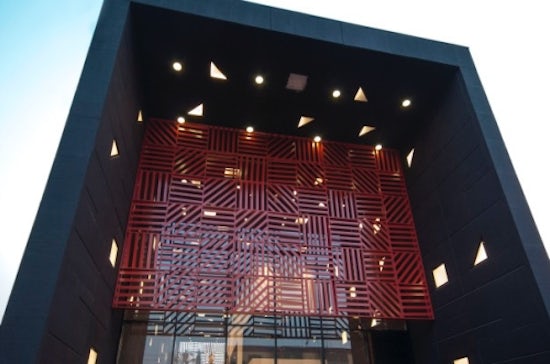 “We are pioneering retail [in Nigeria] and it will take time,” Reni Folawiyo, founder and chief executive of luxury concept store Alara, told BoF. “It’s about educating our consumer that we can offer price parity with stores elsewhere, while creating a shopping experience they can’t get anywhere else.” Indeed, the 2014 opening of Alara has brought fashion-forward African designers like Maki Oh closer to Nigerian consumers, while offering a much-needed distribution channel for foreign brands like Stella McCartney, Lanvin and Self Portrait.

Based in a striking four-storey building, designed by celebrated architect David Adjaye, Alara may not attract a visible swarm of shoppers like top retailers do in more mature markets around the globe. But with prices listed in dollars, Alara has its share of discreet regulars, most of whom are exceptionally wealthy members of the growing Nigerian millionaire club used to travelling and shopping abroad in London, Paris or Dubai luxury boutiques.

Customers at Alara have been given access to a selection of brands previously unavailable in West Africa, but Folawiyo’s ambitions go beyond her particular niche. Folawiyo believes that fashion designers don’t necessarily always cater for the tastes or body shapes of African women. Alara is meant to address that as well as change perceptions about African luxury for local consumers and international brand executives alike. “Alara was conceived to show the world who we are today, to share how we live and to show Africans that we have a lot to be proud of — that we create and enjoy objects of exceptional quality and beauty.”

Above all, Alara is a magnet for the nascent luxury district in Lagos, setting an example for other fashion retailers and brands that are flocking to Victoria Island (where Alara is based) from around the globe. 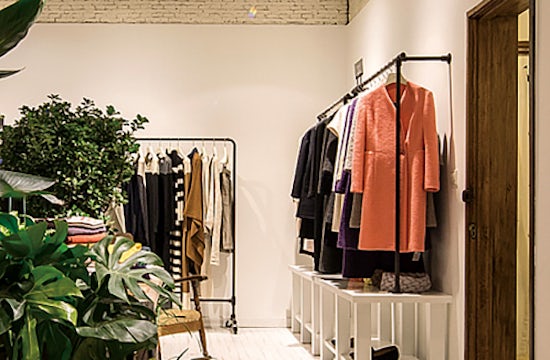 Dong Liang’s singular focus is to promote and sell China’s up-and-coming designers. Established in Beijing in 2009 by Tasha Liu, Charles Wang and Lang Nan, Dong Liang has expanded from a tiny 20-square-metre space in the hipster Wudaoying Hutong neighbourhood to a second location in Shanghai, and moved its Beijing branch to the ritzier Central Park.

Six years ago when the multi-brand concept store was first launched, buying exclusively Chinese designer merchandise was a revolutionary concept. At the time, there was limited respect for domestic fashion talent, and many assumed a market for them simply didn’t exist. But, Liu, Wang and Nan spotted an opportunity. “People could only see local designer’s garments in magazines, but there were no available channels to buy them,” says Liu.

By stocking progressive Chinese designers like Uma Wang, Nicole Zhang and Ms.Min, Dong Liang has been instrumental in shifting this attitude, earning a reputation as the go-to boutique for fashion-savvy Chinese and expat shoppers alike. “Chinese consumers want to look different, chic and decent — and they are willing to pay to stand out,” explains Liu. “All of our products are carefully selected from brands that [we believe] best represents Chinese design.”

Dong Liang set the stage and the pace for a succession of other multibrand boutiques around the country that borrowed from its approach and spirit, such as Beijing’s Brand New China and Chengdu’s Dressing For Fun, while storied department store Lane Crawford has also begun carrying more Chinese labels.

In a market where multi-brand boutiques remain relatively rare, Dong Liang has emerged as an important player, catering to a growing demand for boutiques with a strong point of view and an appreciation of independent labels among a new generation emerging from China’s major cities. 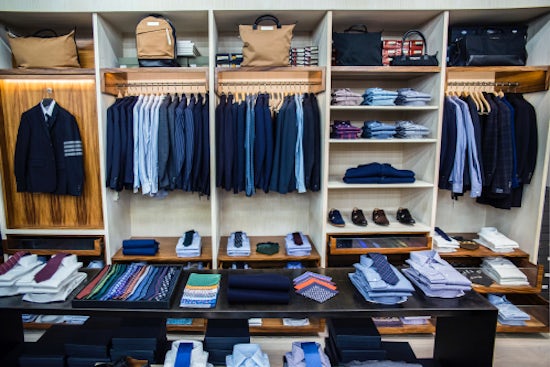 After spotting an opportunity for a men’s multi-brand retailer in the Mexican market where he worked, Robert Hirsh, a Canadian investment banker, founded Silver Deer in 2012. While many major global brands had already entered that market, there were few luxury retailers catering to the growing number of Mexican men who didn’t see themselves reflected in the one-dimensional view of the megabrands.

Hirsh hoped to establish Silver Deer as a showcase for them and a place to educate wealthy menswear clients who had been brought up on a restricted diet of Gucci, Louis Vuitton and the like. “Mexico — Latin America’s biggest luxury goods market — is dominated by monobrand shopping experiences with limited offering,” says Hirsh. “When it comes to dressing, Mexican men are [usually] conservative, low risk and not aware of emerging designers and trends. Therefore it was important to send a clear message [that what] was missing was a highly curated men’s concept store.”

The impeccably designed store, which changes its layout and merchandising every two weeks, stocks progressive international labels like Thom Browne, Acne Studios, A.P.C., Orlebar Brown and Common Projects, alongside books, grooming products and home furnishings. “Since opening Silver Deer, my philosophy has been ‘buy luxury for style not status’ and this has resonated deeply throughout the market. Some guys that come in are decked out in Louis Vuitton or everything they’re wearing is a [single big] brand name. What I’m putting forward is something different that they haven’t seen,” says Hirsh. 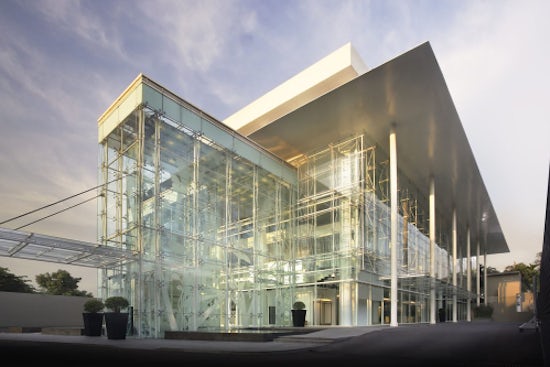 Launched in 2006 in the Kemang district of Jakarta, The Papilion is one of the few cleverly positioned multi-brand retailers in Indonesia, a country with great potential in Southeast Asia’s dynamic luxury market.

“In a collectivist society [such] as this, there’s a high preference for the strongly-defined social norms and values that individuals are expected to conform to. This herd mentality is often driven by what’s in, rather than what’s coming, often resulting in an exceptional lack of taste and style,” says the store’s group marketing director Jeremy Quek. It was this frustration of the market norms that inspired the launch of the boutique.

The Papilion provides the city’s evolving retail scene with a sophisticated yet provocative vision that meets the standards of some of the best luxury boutiques worldwide. In addition to a selection of avant-garde labels such as Comme des Garçons and Junya Watanabe in-store, the unique format seamlessly integrates fashion, homeware and a discerning variety of eateries — including famed Dutch patisserie Huize van Wely and the Shy restaurant, which has built a reputation for its impressive Japanese tapas — all in one building.

“The Papilion is proud to be a homegrown brand [even though we are] often mistaken as an international franchised operation. As purveyors of individuality, eclectic and urbanisation, we sell things that our customers can’t find elsewhere [while also] showing the world a different side of Indonesia,” adds Quek.

The success of The Papilion, which has since expanded to two branches within Indonesia’s capital, will be watched carefully by international fashion players who note the growing stature of Indonesia, especially at a time when other key Asian markets are becoming more crowded. 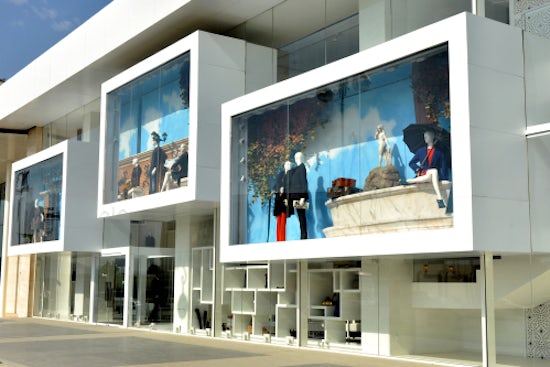 As one of the first major shopping complexes in Azerbaijan, Emporium has been able to open the lucrative market up to a new, occasionally radical view of fashion, art and culture that many locals did not have access to before. Unusually for the Caucasus region, the store puts its fashion merchandise in a broader creative and lifestyle context by placing it alongside art books, international magazines and music from the European dance scene.

Emporium was established in 2005 by retail company Sinteks, a firm that also operates over 40 international designer monobrand stores throughout the country’s capital Baku. Spanning three floors, the store carries 250 prestigious brands from the world over, including forward-looking labels such as Sacai, Yigal Azrouel and Derek Lam, and storied houses like Givenchy, Balmain and Alaia, most of which were previously unavailable in the country.

Thanks to the growing reputation of its big spenders as they embarked on shopping trips around Europe, Moscow and Dubai, Azerbaijan has been on the fashion radar over the past few years. But despite the fact that the number of affluent people has more than doubled in the last five years, according to Euromonitor, many luxury brands were hesitant to expand into the market until the likes of Emporium provided a compass for them. 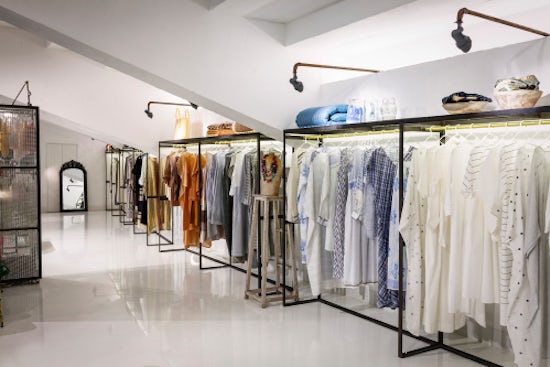 “Having lived outside India for more than a decade, I felt like an outsider [when] I returned in 2002. You were either labeled as a preservationist or a modernist, a craftsman or a designer. But I felt very Indian yet international. I liked parts of the East as well as the West; the grassroots and the glamour, the craft and couture, the local and global,” says Maithili Ahluwalia, who founded Bungalow 8 in 2003. “Bungalow 8 was born very much from this need, from a desire to be free from these rigid boxes.”

Indeed, sitting beneath the famous Wankhede cricket stadium in Mumbai, Bungalow 8 reflects Ahluwalia’s diverse sensibility. With its selection of clothes, textiles, craft and furniture sourced from indigenous communities in India, as well as those abroad in cities like Bangkok, Marrakech and Paris, the stylish store is one of the closest to the notion of a ‘global’ store in India.

Given India’s growing appetite for luxury brands — Euromonitor predicts the market to more than double to $5.6 billion by 2019 — the country has given rise to a handful of interesting luxury multi-brand stores like Bombay Electric and Le Mill.

But what was missing “was a sense of pride and confidence in our own traditions, whether it’s aesthetic or ideological,” says Ahluwalia, whose store is as much a solution for Indian shoppers as it is a showpiece for Indian design. Alongside an in-house fashion line called The Bungalow, the store sells local brands Lovebirds, Rajka, Injiri, Aish and Anavila. Ahluwali urges her customers to explore Indian craft through her curated lines. “I felt that we needed to stop aping the West and develop a language of our own,” she says.