The French department store’s new Champs-Elysées store is slated to open on March 28 as part of a wider reboot of the famed Parisian avenue.

The French department store’s new Champs-Elysées store is slated to open on March 28 as part of a wider reboot of the famed Parisian avenue.

PARIS, France — The venerable, family-owned French retailer Galeries Lafayette Group, which operates 62 Galeries Lafayette stores around the world, is set to open a four-story, 70,000-square-foot store on the Champs-Elysées, the largest retail space on the famed Parisian thoroughfare. In November, the Champs-Elysées became home to Europe’s largest Apple store, and will soon get new stores from Dior, Nike, Chanel, Lancôme and a new 5-star So Sofitel hotel. These changes are a part of a wider plan to upscale the avenue, which currently hosts fast food restaurants like McDonald’s as well as luxury brands like Louis Vuitton, and is snubbed by some locals.

“We welcome the shift toward a more upscale positioning of the avenue with newcomers and true flagships,” said Édouard Lefebvre, managing director of Comité Champs-Elysées, the association in charge of shaping the future of the avenue.

Galeries Lafayette, which generated around €4.5 billion in 2018, has big ambitions for its new Champs-Elysées store, though it’s only a tenth of the size of the retailer’s Boulevard Haussmann flagship. “We’re seeing interest in smaller retail environments that are more intimate, where it’s easier to create a relationship with the customer and carefully select a mix of up-and-coming and big luxury brands. The idea that bigger is better is not the trend,” explained retail consultant Robert Burke. 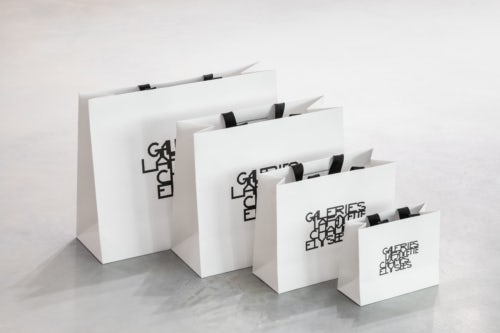 “When the opportunity arose, we thought it would complement our Haussmann flagship, because the customer on the Champs-Elysées is completely different,” said Nicolas Houzé, chief executive officer of Galeries Lafayette and BHV Marais, referring to the younger, more diverse and tourist-heavy crowd that frequents the avenue.

The opening, which is set for March 28, comes as French department stores like Galeries Lafayette are repositioning themselves further upmarket to maintain growth. French retail has struggled with revenue sliding 15 percent between 2007 and 2018. But the country’s luxury department stores reported a 10 percent surge in the same time period. “It’s the only distribution channel that saw dynamism, thanks to tourism — over half of the sales in department stores is generated by customers from abroad — and a shift to higher-end apparel and accessories,” explained Gildas Minvielle, economics director of the Institut Français de la Mode in Paris.

Still, upmarket department stores in the French capital are facing many of the same challenges faced by peers elsewhere in the world, including fierce competition from online players and a growing emphasis on direct-to-consumer retail at brand partners.

But department store leaders like Selfridges are fighting back. The UK retailer, whose Oxford Street store sits on a thoroughfare as democratic as the Champs-Elysées, has successfully tapped a multi-pronged strategy rooted in a highly focused store network, a unique approach to the concession model and Harry Gordon Selfridge’s founding insight that a modern department store must be a true destination; welcoming, entertaining and a social landmark.

The new store has a visual identity designed by M/M Paris that is a nod to the era of Théophile Bader — the Galeries Lafayette founder and the great-great-grandfather of Nicolas and Guillaume Houzé — who bought the building that will house the new store back in 1927 but did not realize the retail project he planned to construct on the site due to the financial crisis of 1929. “It’s a family dream coming true,” said Mathias Augustyniak of M/M Paris. “It’s a new utopia in Paris.” 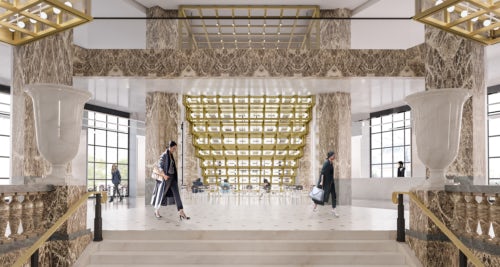 One of Bjarke Ingels' architectural statements in the store | Source: Courtesy

“Utopia” may be a stretch, what with the sometimes violent “yellow vest” protests against French president Emmanuel Macron and his economic policies taking place nearby every Saturday. But the local authorities are certainly trying to recast the area with everything from bicycle lanes to new fountains designed by Erwan and Ronan Bouroullec.

Here are 6 things you need to know about the plans for the new Galeries Lafayette Champs-Elysées:

A social hub to match the Virgin Megastore. The new Galeries Lafayette location was previously home to a Virgin Megastore, which shuttered in 2013 but was, in its heyday, a cultural landmark and meeting point, something the new store is aiming to replicate with space for events like book signings, master classes, keynotes and concerts, as well as Instagram-friendly features like flying carpets for shoes and a moving conveyor belt (like a sushi bar) for handbags. 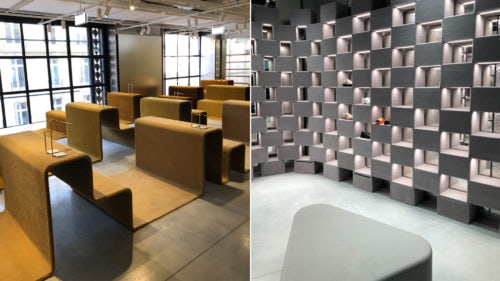 A hybrid wholesale-retail model. “We have created a new model,” says Nicolas Houzé. Simply put, Galeries Lafayette Champs-Elysees will curate and sell products on behalf of core brand partners, without taking on the risk of buying and holding inventory. The retailer will only buy and resell product from smaller brands that are used to the wholesale model. Importantly, it’s all designed to feel seamless for the consumer and allow the store to assert its own identity.

Personal stylists, not salespeople. In lieu of traditional salespeople, Galeries Lafayette Champs-Elysées is deploying what it describes as a 300-person team of “personal stylists” recruited via Instagram and enrolled in a “retail academy” training programme devised with the Institut Français de la Mode (IFM). “One thing big department stores have become known for having bad service. So, having well-trained personal shoppers who understand the consumer lifestyle is critical,” says Burke.

A focus on food and beverage. A food court in the basement of the store will host several as yet undisclosed restaurant brands, as well as a cellar of 200 natural wines. There will also be a coffee shop on the first floor, a restaurant on the second floor and a rooftop restaurant in the same building led by the team behind Loulou, Girafe and Monsieur Bleu. Food can help to boost dwell time and plays to the heightened value of sensory experiences you can’t get online. 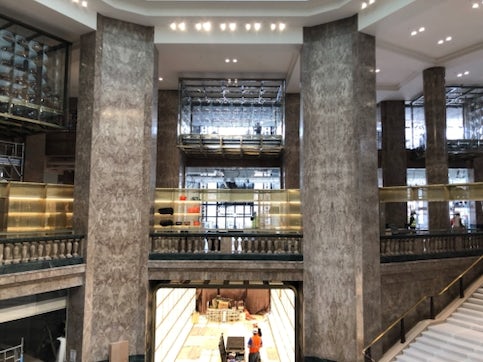 No windows. Windows are a big tradition for department stores. And yet the new Galeries Lafayette store has none. Instead, Danish architect Bjarke Ingels turned a potential handicap into what he hopes will prove to be a signature, crafting a vortex-like tunnel from the main street to enter the store instead. The “windows” are inside the store instead: six suspended glass boxes that will change every three weeks and house pop-up installations.

Fitting rooms front and centre. Fitting is something you cannot experience online, but fitting rooms are traditionally hidden away in the back of a store. Galeries Lafayette has flipped the script, placing them in prime locations with natural light, mirrors and colourful carpet by Pierre Frey and a view onto the avenue des Champs-Elysées, plus a dedicated staff.

Whether it's all enough to boost business remains to be seen.

Disclosure: Via NH Participations, Nicolas Houzé is part of a group of investors who, together, hold a minority interest in The Business of Fashion. All investors have signed shareholder’s documentation guaranteeing BoF’s complete editorial independence.