The accessibly priced collection was created using analysis of shopping habits on Amazon.

The line, which launched this week as a pilot collection in Europe, spans men’s and womenswear. It comprises of 50 styles ranging from T-shirts and leggings to sneakers and outerwear. A US launch is planned for next month. 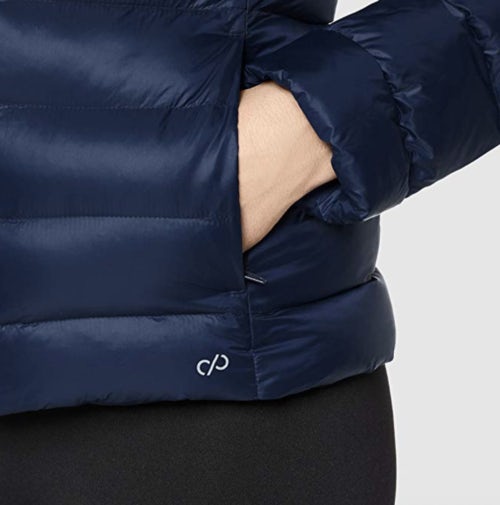 Puffer jacket with Care Of by Puma logo | Source: Amazon

Care Of will have its own logo, distinct from Puma’s signature leaping cat motif. While Puma has designed the collection, Amazon will be solely responsible for Care Of’s marketing and distribution.

Neither Amazon nor Puma have disclosed financial or contractual terms of the partnership, but Puma did say it would contribute to its revenues.

The new line was created using analysis of reviews and search criteria from Amazon shoppers. Amazon found that shoppers often search for products using terms such as “fit” or “comfort,” rather than brand names.

“Care Of was designed from the customer backwards,” said John Boumphrey, vice president of Amazon Fashion.

Puma denies that Care Of will cannibalise its existing sportswear business, noting in a statement that the line “is targeted at a different consumer that we would not reach in our usual ‘Puma way.’”

Amazon has shown bullish ambitions in the fashion space for a while now. In recent years, the platform has launched services like Prime Wardrobe and private-label products in an attempt to bolster its fashion credentials and grow its apparel business.

Earlier this year, the platform launched The Drop, a new line of limited-edition, street style-inspired clothes designed by a rotating roster of social media influencers. New products are launched every few weeks and are available to order for a limited window of 30 hours.

How Fashion Can Fight Amazon