TOKYO, Japan — A banyan tree is growing in Omotesando, Tokyo’s busy shopping enclave. Not native, it was brought here to serve as the centrepiece of the new Jil Sander store. The evergreen, and the flagship it anchors, are the joint brainchild of British architect John Pawson and Luke and Lucie Meier, co-creative directors since 2017 of the 50-year-old minimalist brand.

The store sets a new retail template to be leveraged in other locations as part of the Meiers’ mission to recapture the relevance of the once-fabled label, which has had a tumultuous trajectory since its namesake German founder — once dubbed the Queen of Less for her succinct design vocabulary — departed the house (not for the last time) in 2000. That a tree is the new store’s biggest statement says as much about the creative forces behind it as it does about the main quality it is meant to convey: in Pawson’s words, ‘calmness.’

Pawson is no stranger to fashion. It was, after all, the near-mythical Madison Avenue boutique he designed for Calvin Klein in 1995 that launched him into architecture stardom and introduced the thoughtfully pared-down aesthetic that became his signature (and spawned enough lesser copies to make it a global store-design standard). But to say the times have changed is an understatement. What’s the value of Pawson’s monastic minimalism in an age of rapid consumption and Insta-friendly maximalism? In this digital age, where transactions often take place online, aren’t physical flagships meant to entertain? 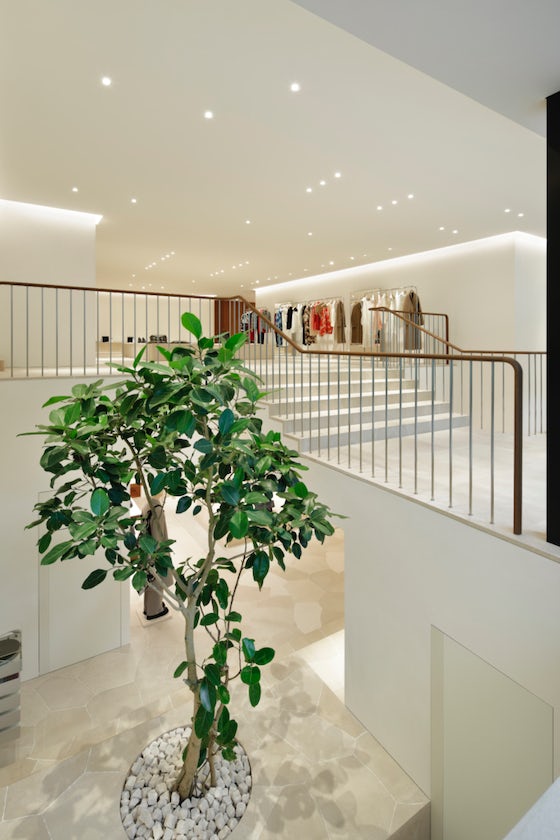 Not so fast, say Pawson and the Meiers, who seem, instead, to politely acknowledge the rush of today’s digital reality by offering a soothing antidote that highlights the sensory pleasures no device can offer. “There’s still something irreplaceably powerful about a physical store — in the moment of discovery, of feeling first-hand how the environment was conceived, and in how the best description can’t match speaking with educated staff about a garment or fabric,” says Luke.

Lucie, the duo’s quieter half, adds specificity to her husband’s remark: “With Jil Sander it's so much about the tactility, experiencing things up-close, feeling them in your hands. It's not a brand that can be fully appreciated from a distance.” Accordingly, she says, the brief for Pawson was to create a space “for our clothes to live in well, to make the clothes even more special. But also an environment where people feel good and don't even know why.”

Pawson, in more than one way, was a natural fit, and fresh off the highest-profile commission of his career — revamping the interior of the London’s Design Museum’s new home — no small score for the brand. He obliged with a serene, atmospheric interior dominated by clarity and the warm hues of limestone and cherry wood. In the same vein, the store’s exterior stands out for its unassuming transparency. If the most iconic stores built in Tokyo in the last fifteen years made waves with splashy facades — foremost Herzog de Meuron’s Prada and Toyo Ito’s Tod’s — Jil Sander tellingly chose the ground floor of an existing, strikingly plain building from the 1980s.

As the tree grows from its lower level base, its canopy will be visible through large display-less windows that afford passersby an unobstructed view of the store’s tranquil, clean-lined interior. Pawson, who lived in Japan in his mid-twenties, saw the commission as a challenge. “When I did the Calvin Klein store, people hadn't done those things before, so it was easier to make a mark and feel like what you were proposing was new. I thought it would be interesting to see if we could come up with something similarly fresh today.”

What I do is emphasise all the things you can’t get digitally.

Yet, the architect stuck to his time-tested trademark of considered reductionism, saying the changed landscape of shopping today didn’t affect his approach. “We live in a digital age, it’s a fact, but I don't think you can design for it. If anything, what I do is emphasise all the things you can’t get digitally.” His goal for the new Jil Sander space was then to encourage “a very direct, sensuous engagement” with product and brand.

The finished store is the result of a rich dialogue between designers and architect. “They showed up to our first meeting with a book of references, all of which are very important to me too, but I had never seen put together in that combination,” Pawson recalls. The eclectic mix of inspirations included 1960s Dieter Rams audio systems for Braun (evoked in the curving lines of the new store’s stainless steel rails), the modernist classic Casa Malaparte (which influenced the new boutique’s puzzle-like floors), and Pawson’s own St. Moritz church in Bavaria (evident in the flagship’s pervasive dichotomy of extreme simplicity and painstaking detail). 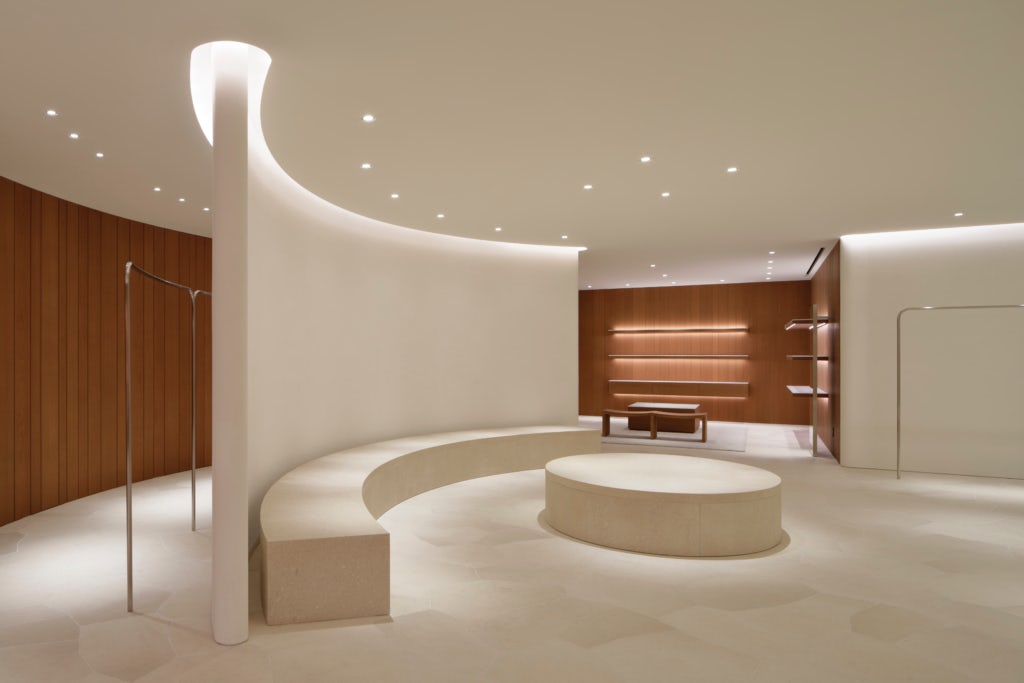 The flagship store in Omotesando neighbourhood of Tokyo is the joint brainchild of British architect John Pawson and Luke and Lucie Meier | Photo by: Nacasa & Partners

Above all however, a clear functionality was key, namely to provide context for the ongoing total reboot of the brand, “I've always thought it's a shame a consumer can't come to the show or the showroom, because when you see the work in the right environment it really fleshes out the whole idea,” says Luke, adding that a consistent message is equally critical. “The store is just one element of the 360 we want to create. In the end whether it’s a store, campaign, exhibition or the brand’s online presence, it is extremely important that the message is coherent.”

At a time when stores are expected to double as entertainment venues, the pair’s bet on soulful purity is bold, but might prove auspicious with luxury consumers weary of the visual onslaught they increasingly face in both their digital feeds and real life. More stores are planned with Pawson, and Omotesando could be the start of a new chapter for the storied brand and mark a return to simpler, more organic shop environments that offset the cacophony characteristic of retail today. In any case, a store that forgoes interactive changing rooms and other digital gimmicks in favour of a life-symbolising, air-purifying gesture and human interaction is surely a sign of the times.