HONG KONG, China — It might not seem long for European retailers, but in the Greater China context 30 years entitles a fashion company to heritage status. For many years I.T was one of only a handful of high-profile multi-brand players in the Greater China market, alongside fellow Hong Kong players Lane Crawford and Joyce. By bringing avant-garde designer brands from Europe and Japan into the market, many of them for the first time, the I.T stores — first in Hong Kong and then from 2002 in Mainland China — offered young consumers a taste of something they wouldn’t otherwise have access to.

“I.T has an extremely strong brand awareness in China, [and] is often the first choice for fashion-forward overseas brands to test the market,” explains Sandy Chu, Shanghai-based retail and buying editor for WGSN. “It has a well-established retail network across a variety [of] cities and is often the China distributor for hot foreign brands.” 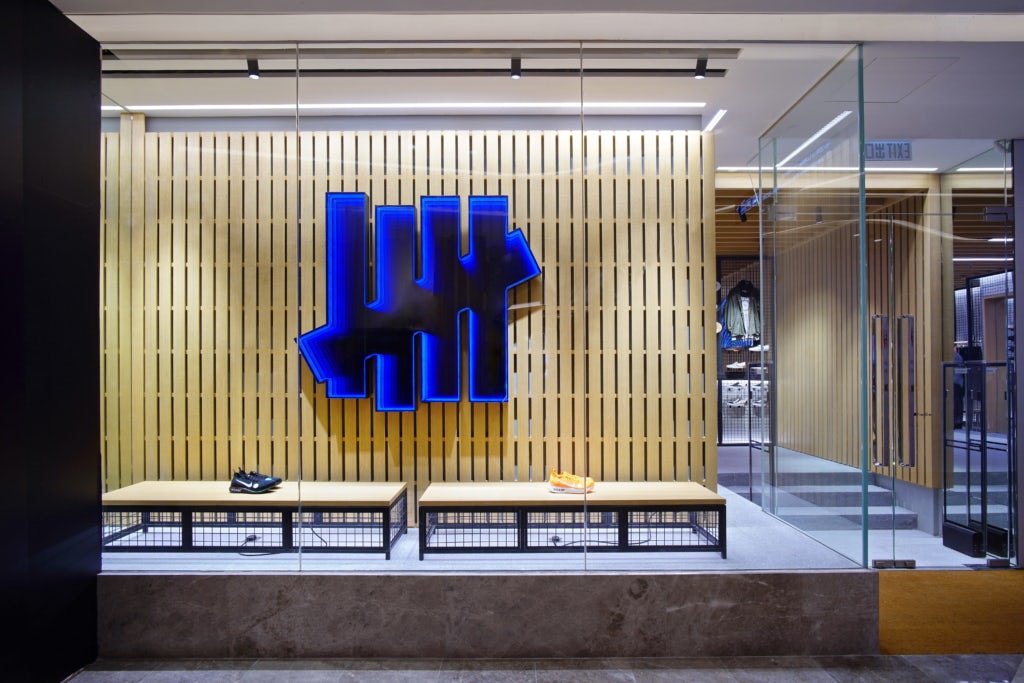 Over the years, I.T has diversified its store branding, with different multi-brand stores in its portfolio catering to ever more specific customer profiles and aesthetics. It has also developed 10 of its own private labels and partnered with major international players — such as Dover Street Market and Galeries Lafayette — to expand their brick-and-mortar presence in China.

As well as its network of multi-brand stores, the group has also built a significant network of monobrand stores utilising a franchise model for an impressive and diverse list of brands — including Comme des Garçons, Junya Watanabe, Acne Studios, Off-White c/o Virgil Abloh, MSGM, A.P.C., McQ, Zadig & Voltaire and Ann Demeulemeester — around the Greater China region.

Thanks to such joint ventures and franchises, the scale of the I.T business is bigger than casual shoppers at their namesake multi-brand outlets might think, with HK$8.4 billion ($1.07 billion at current exchange rates) in turnover for the 12 months to June this year. Full-year financial results released in June show the group's net profit increasing 37.1 percent to HK$431.9 million ($55 million) on the back of Mainland China retail sales, which increased 10.9 percent, and despite a 5.1 percent decrease in sales in Hong Kong and Macau.

But the retail landscape in Hong Kong, Macau and the Mainland has become increasingly crowded in recent years. Malls in Chinese cities big and small now routinely feature multi-brand boutiques, concept stores and niche brands, meaning names that I.T first brought into the market are now likely to have opened their own stores or wholesale to other multi-brands. Questions remain as to how I.T can continue to keep pace as the multi-brand model it pioneered in China explodes in terms of both popularity and innovation.

I.T is often the first choice for fashion-forward overseas brands to test the market.

“A huge missed opportunity… has been its inability to build a compelling and significant digital presence, especially given that its core customer base is the digital-savvy millennial,” says fashion and retail consultant Jillian Xin. “I.T hasn’t kept pace and as a result is failing to engage with China’s new luxury consumers.”

Recent developments have shown a willingness to improve in these areas, however, with 2017 seeing the launch of a more comprehensive and user-friendly e-commerce site, and the recent (but some say belated) launch of a WeChat mini-programme adding another string to its digital commerce operation. 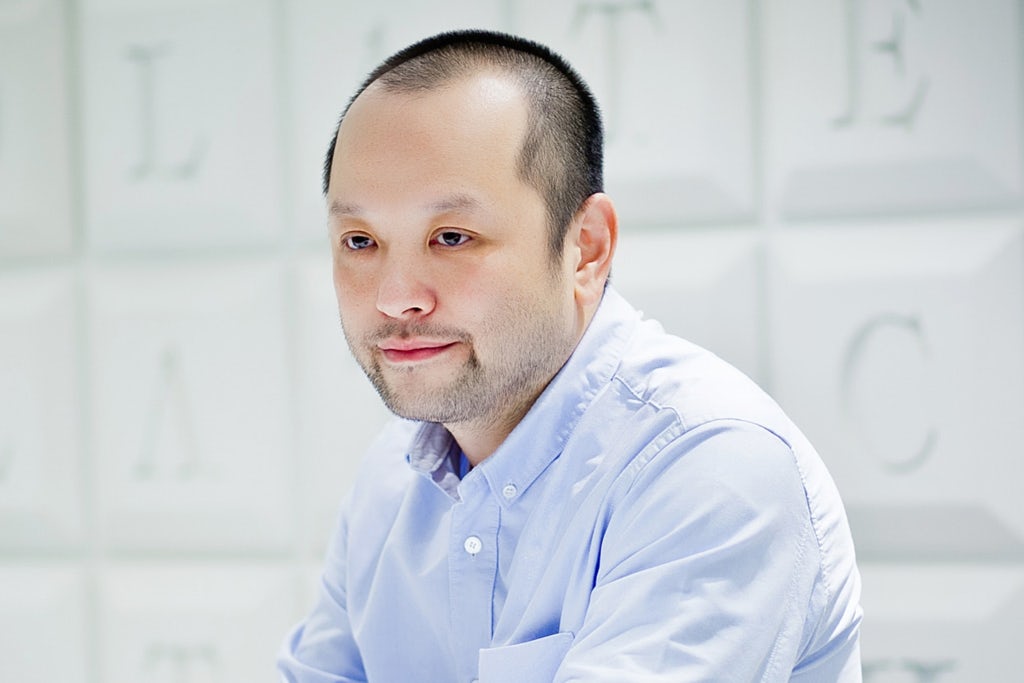 The Group’s 30th anniversary is proving a convenient stepping stone for this renewed attention on the digital world, with activities including an online-only capsule from more than 100 of I.T’s brand partners, including Alexander McQueen, Chloé, Alexander Wang, Thom Browne and Acne Studios. Shoppable, interactive digital exhibitions designed by creatives Your Majesty and The Fabricant will also appear in Hong Kong on October 26, before moving to Shanghai in November, Beijing in December and Paris in early 2019.

Ahead of this celebration, the softly spoken, media-shy Sham Kar Wai sat down with BoF to reflect on the past and reveal plans for his company’s future.

BoF: When you were a young man starting this company, what was the vision?

Sham Kar Wai: I was only 21; there was no vision. We were kids and just wanted to open a store selling products I liked. At that time, there wasn’t much on offer in Hong Kong: there was mass-market, like Giordano, and high-end, like Vuitton. Our generation couldn’t afford that, but we still liked fashion.

BoF: For the 30th anniversary there seems to be a major focus on digital, which hasn't been a traditional strong point for I.T. What about this anniversary makes it a good time for digital experimentation?

SKW: The shopping environment has really changed over the last decade [but] I can’t say that online is more important than offline, I think it’s omni-channel. Now is the right timing for us to spend more, advertise more, get more people to know we are selling online. In China, we have used Tmall for five or six years and that [accounts for] 7 percent of our turnover in China, [where] e-commerce accounts for more than 20 percent [of the country’s total retail sales], so we still have room to grow.

We were suffering until 2014, because of politics and problems in Hong Kong.

BoF: Mainland China now accounts for almost 50 percent of the business. What are your future plans for this market?

SKW: In the beginning Hong Kong was the major market for us, but now China is bigger than Hong Kong. We are in more than 40 cities in China, some of those stores we operate ourselves but many are franchises, which is a very important part of the business, we carry more than 450 brands, including our in-house brands. We have more than 500 stores in [Mainland] China. Compared with other players in China, they have more than a thousand stores for just one brand, so I think we have a lot of room to grow.

BoF: Which Mainland cities or regions are performing particularly well or poorly for your stores?

SKW: Of course Beijing, Shanghai, Guangzhou and Shenzhen are the major cities for us in this moment, Chengdu is doing well and [so are] Shenyang [and] second-tier cities like Nanjing and Wuhan. Some other smaller cities we are just starting [with] but they still have room to grow as their shopping areas and department stores [become more developed].

BoF: The company was struggling there for a few years before turning things around in 2015/2016. What happened at that point?

SKW: We were suffering until 2014, because of politics and problems in Hong Kong. We went from profitable to negative. Then [when] China became profitable and started to grow a lot we started to come up because we were improving in China, Japan and America, with A Bathing Ape (acquired by I.T group in 2011) [helping] us a lot for the bottom line. A lot of retail companies in Hong Kong are not seeing good results, but we hope to have a better result this year.

Some people think of China as one market, but we divide it into seven [regions] with different people, culture, language, taste, weather.

BoF: The boom in Mainland China's multi-brand ecosystem obviously leads to increased consumer attention for niche brands, but also competition. What place do you see for I.T moving forward?

SKW: We hope we can keep evolving, bringing new elements, new brands, new things to this market. Our peers, maybe Corso Como, Louisa Via Roma, Joyce — these kinds of companies — are doing the multi-brand, but they come and go because they don’t know the local markets. We have more experience; some people think of China as one market, but we divide it into seven [regions] with different people, culture, language, taste, weather. That’s why we have more focus on buying for individual shops and areas. Of course, there is always new competition. We just try to survive.

BoF: Have you seen any discernible impact to the business of China’s worsening macroeconomic trends? Is the trade war impacting consumer confidence, for example?

SKW: Of course, we are thinking more conservatively because we don’t know what’s coming in the future, especially with the trade war. Hopefully in a few weeks [Presidents Trump and Xi] will have a meeting and that can go well. But if the economy is going down we have to be prepared. Maybe we will slow down expansion plans, be more cautious with the OTB [open to buy] budget. [But ultimately] it doesn’t matter how hard we are working, if the macro environment is bad, there’s nothing we can do to control that. 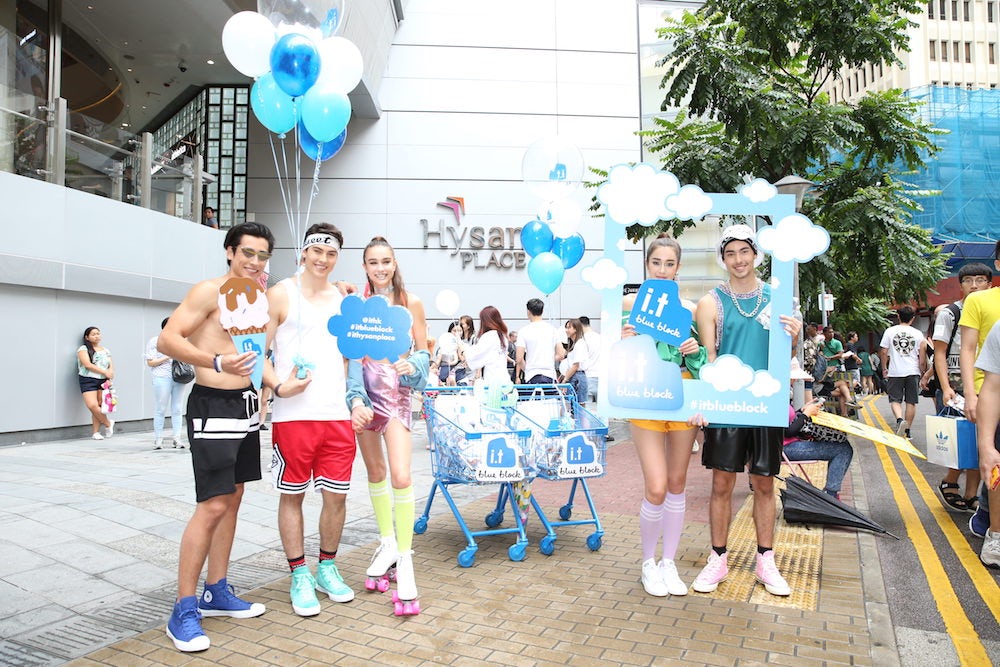 BoF: Your brand partners run the gamut from pure luxury to contemporary to streetwear. Which segments are performing well in the markets you are in?

SKW: This is part of our I.T DNA, to have categories for different people, or our same customers at different stages of their lives. In terms of what [segment] is most important, it depends on the broader trends, so these days streetwear has become really important, the young people all like Off White and the skater [brands], this segment really has good sales.

BoF: You have a store network of 750 in Greater China and a footprint around Asia, what are plans for expansion within this territory and further internationally?

SKW: A lot of people are already doing the same thing we are doing with I.T and [our other multi-brand format] i.t in their own territories. There is no point to go[ing] there and compet[ing] with local people. At this moment, my focus is penetrating more into Greater China and focusing on our brands. I want to create more brands. You can see from [the example of] Sears that if you’re only the middle man, then that [department store] business isn’t going to do well in the future. We can see in China that people really like Chinese brands, so that’s something we can give them and gives an advantage to our business.

This conversation has been condensed and edited.