Five months after Raf Simons’ exit, Chief Marketing Officer Marie Gulin-Merle breaks down her plan for creating a 'halo effect' around Calvin Klein’s jeans and underwear without the help of a high-profile designer.

Five months after Raf Simons’ exit, Chief Marketing Officer Marie Gulin-Merle breaks down her plan for creating a 'halo effect' around Calvin Klein’s jeans and underwear without the help of a high-profile designer.

NEW YORK, United States — Calvin Klein knows how to create provocative campaigns, but the first ad of the post-Raf Simons era took the brand into some uncharted territory.

In a video released last week, model Bella Hadid and the computer-generated influencer Lil Miquela embrace and kiss. The clip was instantly polarising, with some viewers on YouTube describing it as modern and cool, while others said it was “queerbaiting,” a term used to describe content that hints at a same-sex relationship without actually depicting one. It is one of the top performing videos in terms of views of the campaign so far, along with the first releases starring Shawn Mendes and Billie Eilish.

Calvin Klein’s marketing team are tracking responses to the campaign closely. The digital-first campaign marks the beginning of a top-to-bottom reboot meant to build a new identity for the label and reverse a recent slide in sales.

Last year brought an abrupt change in creative direction when Chief Creative Officer Raf Simons exited two years after he was brought in to create a luxury runway collection intended to elevate the mass-market mega-brand. But the investment did not pay off for Calvin Klein parent PVH, which ended its relationship with Simons and closed its runway line following disappointing sales late last year.

In an exclusive interview, Calvin Klein’s Chief Marketing Officer Marie Gulin-Merle outlined the brand’s new strategy for creating a high-wattage “halo effect” to drive sales of underwear and jeans — without the influence of a high-profile designer. 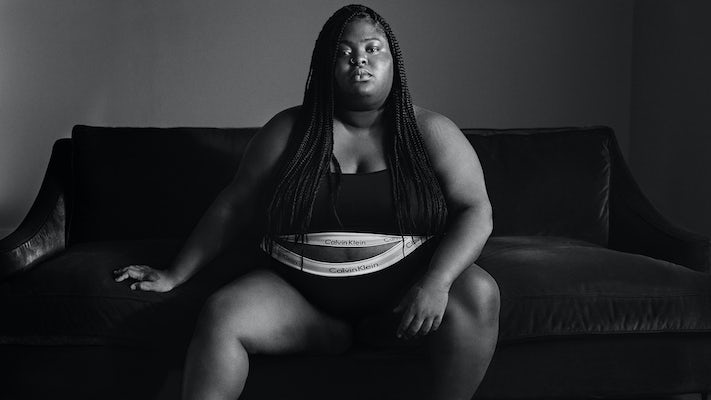 In an internal memo sent on May 17 and shared with BoF, Gulin-Merle announced the formation of a marketing group known as “InCKubator” that will create four to six initiatives per year tailored to specific types of consumers. The team of mostly young employees is based out of Calvin Klein’s New York headquarters and is led by former Senior Director of Global Strategy and Business Development Greg Baglione. The group will have the “license to challenge the status quo, push back and propose ideas that nobody has thought of,” Gulin-Merle said. “They know things that older executives do not know.”

The Inckubator projects could include apparel, retail spaces, content, experiences and collaborations with tech platforms. Each will be different and will often involve collaborators from outside the company. Most, but not all, will produce apparel for sale, at a range of price points. They will exist under a new Calvin Klein label that will be announced in September when it launches to the public.

A similar approach has worked for Moncler, which initiated a Genius strategy last year of nearly a dozen designer limited-edition collaborations. Sales grew 19 percent year-over-year in 2018 to $1.62 billion. Other brands have begun to put their own spin on the model, including Tod’s with its Factory campaign.

We don’t want to invent the next chapter in a meeting room, isolated.

The rapid succession of varied and creative projects is a better fit for the faster pace of social media and a new generation’s desire for non-stop new content than fashion’s traditional seasonal approach. Multiple outside collaborators engage with a broader range of consumers than one designer can. And at the same time, the limited nature of these capsules and projects allows for riskier design choices without risking an overhaul of the entire business.

Calvin Klein’s approach is less structured than the “capsule” approaches already common in the market.

“There isn’t a pre-definition or preconceived recipe,” said Gulin-Merle, adding that the projects will evolve over time as customer feedback comes in.

“We don’t want to invent the next chapter in a meeting room, isolated,” she said. “I think the brand is at its best when it connects with culture, and one of Inckubator’s functions is to connect with culture through these communities — not just culture at large, or what we think we know from 205 West 39th Street.”

The address is the brand’s headquarters in Manhattan. It is also the name of the sophisticated, directional runway collection that Simons launched after he joined the brand in 2016 and which, despite the critical praise and the lavish, theatrical runway shows and print campaigns that surrounded it, did not translate into strong sales or sufficiently lift revenue in the mass-market lines that make up most of PVH’s business.

In November 2018, PVH’s earnings missed analyst estimates for the first time in two years due to weakness at Calvin Klein. The company reported that earnings before interest and taxes for the brand declined that quarter due to a $10 million increase in creative and marketing expenditures and discounts on the jeans line. Less than a month later, Calvin Klein announced Simons’ departure. 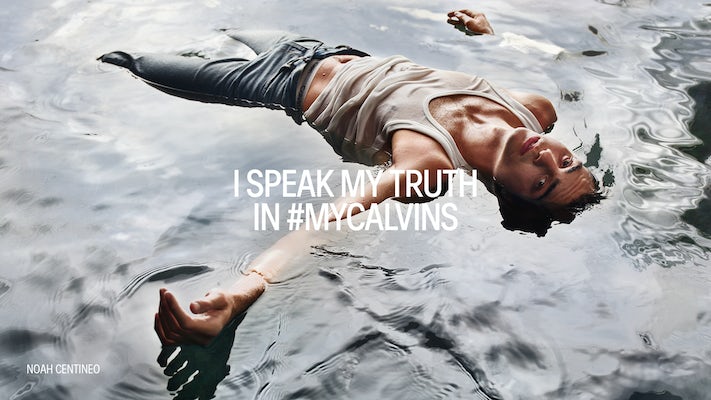 In the new year, the brand started to dismantle what Simons had built — closing the 654 Madison Avenue flagship store he renovated in 2017, laying off part of his team, closing an office in Milan, exiting the luxury collection business and saying goodbye to the runway for the time being. The collection's president, Michelle Kessler-Sanders, will exit her role in June. By the end of 2019, the company expects to spend $170 million on overall restructuring.

The pressure is on for Gulin-Merle’s new strategy to resonate with customers. PVH is banking that Calvin Klein will reach $12 billion in annual retail revenue in the next few years, up from $9.8 billion in 2018. The brand’s revenue grew 8 percent last year.

Calvin Klein is still in the market for a new head designer — who won’t be as high-profile as Simons and won't have the same scope of responsibilities. That person will report to Calvin Klein’s Chief Executive Steven Shiffman. The Inckubator also has its own design team already in place.

Gulin-Merle said that while Calvin Klein’s DNA remains connected to the past — with its focus on self-expression, identity, provocation and sensuality — the way that the brand creates desirability needs to change.

“There used to be a series of tactics that had become the thing: a show, a collection, some must-have items,” she said. “I’m not saying all this is going away, I’m saying that the new world we live in has offered brands a whole new palette.”

The traditional playbook, as she describes it, is to establish a brand vision, build product around that idea, price it and distribute it — a one-way conversation from brands to consumers. She said the Inckubator disrupts that strategy by starting with a group of consumers in mind.

The marketing approach will continue to be digital (Gulin-Merle was also named PVH’s first chief digital officer earlier this month) and rely heavily on video: the brand stopped advertising in print magazines in spring 2019.

The old playbook has to be reinvented.

Gulin-Merle is in the process of cutting Calvin Klein’s ties with all advertising and media agencies and is building an internal marketing organisation that will oversee all of the brand’s contact with consumers — from store design to Instagram posts. She has been hiring data scientists and analysts. Calvin Klein has also formed a joint partnership with Google to tap into its marketing technology.

In her PVH chief digital officer role, Gulin-Merle is charged with bringing the practices she has ushered in at Calvin Klein to the rest of the company, sharing consumer insights and data capabilities across brands and building a stronger system to bridge online and brick-and-mortar commerce.

The rest of PVH’s portfolio includes Tommy Hilfiger, which generated global annual retail revenue of $8.5 billion in 2018, as well as Van Heusen and IZOD.

Gulin-Merle is training teams to be more cross-functional, communicate better and email less, and developed a proprietary “Upskilling” tech training programme with General Assembly that will expand to PVH's other brands. She implemented a similar program with the technology training organisation in her prior role at L'Oréal USA where she was chief marketing officer for four years until February 2018.

“We used to live in a world of intermediaries giving us this feedback,” she said. “The world was flat for decades and suddenly the world is round. This goes with a lot of changes: new mindsets to adopt, new organisations, new skills, new ways of working.”

She sees Calvin Klein’s Inckubator as part of that new mindset. It’s too early to judge if it will create the halo effect the brand needs to keep growing, but Gulin-Merle is trusting in her organisation’s ability to marry data with intuition.

“The old playbook has to be reinvented,” she said. “We don’t want to use any of the old recipes.”

Calvin Klein Is Closing Its Ready-to-Wear Business. What Happens Next?

Raf Simons and Calvin Klein: Behind the Breakup