NEW YORK, United States — On the streets of Soho, shoppers can encounter a who’s who of buzzy online brands making splashy first forays into the physical world, from Everlane to Allbirds. But Hims, the men’s wellness brand known for its ad for erectile dysfunction medication starring a droopy cactus, is taking a different approach for its first experiment with brick-and-mortar retail.

Hims will be one of the first brands operating out of Neighborhood Goods, a venture capital-backed store opening Saturday in the Dallas suburb of Plano alongside more than 20 other installations featuring many digital and emerging brands, ranging from Stadium Goods to MeUndies. Hims founder Andrew Dudum said that Neighborhood Goods offered an opportunity to educate consumers about its supplements and medications — not just sell to them.

“It’s a dedicated space purely for learning...it’s not optimised for selling,” said Dudum, who shares an investor, Forerunner Ventures, with Neighborhood Goods. “We see it as a really unique standalone activation and also something where we can learn about how customers want to interact with us in real life." 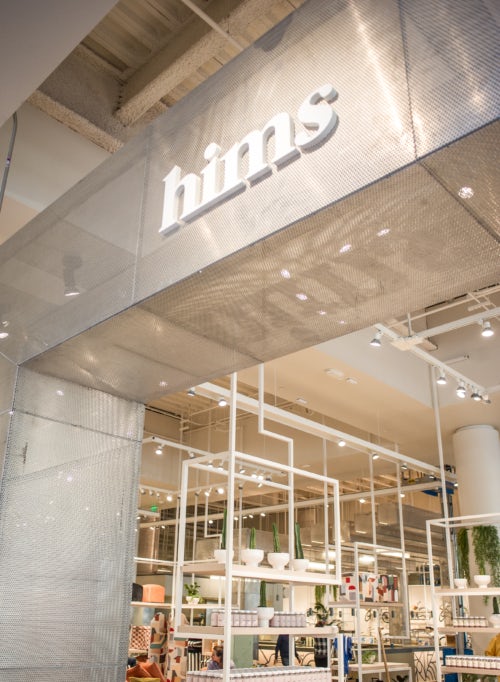 A new generation of retailers is aiming to bridge the gap between e-commerce and brick-and-mortar retail. Some, like Neighborhood Goods and HiO, which opened in Brooklyn in August, offer retail spaces tailor-made for direct-to-consumer brands. Others like BrandBox, which is opening custom-designed stores at Tysons Corner Center outside Washington DC on Saturday, help startups navigate the process of opening a store.

They’re rethinking retail much like WeWork did for work, and AirBnB for hospitality, emphasising flexibility and unique spaces over cookie-cutter offices and hotels. Retail is ripe for a similar disruption, as many digital startups don’t want to commit to decade-long leases and find department stores to be too rigid in their terms. WeWork itself is getting in on the act, saying in October it plans to expand its WeMRKT stores, stocked with items sold by the company’s clients, to 500 locations.

“What we are trying to do is very much what departments stores could have been: a unique and social discovery experience,” said Neighborhood Goods chief executive Matt Alexander, who co-founded the company with consultant Mark Masinter. The company has raised $5.75 million from investors and has a 10-year lease at the Plano development.

In the 13,000-square-foot space, complete with a restaurant and bar, everything from the flatware to the trash cans are for sale. Visitors can request to see an item through an app while they eat. As for the brands, the agreements are short-term and simple (flat rates or a smaller fee with a percentage of sales). The retailer also boasts about the customer data and sales analytics it will provide brands.

For a startup, opening a store requires mastering skills not needed when launching an online brand, from negotiating lease terms to hiring contractors and sales associates.

“E-commerce business are too easy to start, and retail businesses are too hard — so there is a disconnect,” said Matt Scanlan, co-founder and chief executive of direct-to-consumer cashmere line Naadam, a client of BrandBox.

Naadam will join beauty line WinkyLux, florist UrbanStems and others at Tysons Corner, each with their own 1,500-square-foot spaces, with agreements lasting from six to 12 months. Brands pay a flat fee or percent of sales, with BrandBox covering the cost of design and buildout and retail analytics technology. The venture is owned by real estate developer Macerich, which operates 48 shopping centres in the United States.

Other retail-as-service providers include Built by B8ta, which opens and manages stores for startups and grew out of a series of multi-brand technology stores, and Uppercase, a build-your-own store service started by a marketplace for retail spaces that has raised $3.65 million.

These companies say that in addition to taking care of the logistics of opening a store — many in 30 days or less — they also allow brands to capture wider margins, retain more customer data and control their in-store image. While wholesalers are growing friendlier to digital brands, they still typically ask for a 50 percent cut of sales and rarely share data.

“The heritage retailers and the DTC brands speak totally different languages,” said Jay Norris, the co-founder and chief executive of Guesst Software, a platform that aims to connect stores that can’t sustain their rents on their own with brands that want a small space to test retail. Guesst provides software to manage sales and takes a cut from sales.

E-commerce business are too easy to start, and retail businesses are too hard — so there is a disconnect.

Not that department stores are sitting idly by. Macy’s in May acquired Story, a Manhattan store that regularly rotates in fresh brands built around specific themes, and the retailer launched its own pop-up marketplace in February. Upscale department stores like Bloomingdale’s, Nordstrom and Barneys have started offering more digital brands.

The market for retail-as-service startups is getting competitive, but there are barriers to growth. Brands are likely to want top-quality analytics from their retail hosts, from data about foot traffic to how much customers are spending and where they congregate in the store or what products they ask questions about. Several retail services startups have enlisted third-party providers like RetailNext to crunch the numbers, but if they want to attract the buzziest brands, they will need to offer more data than their competitors.

These new ventures also need a hefty amount of capital to secure leases, which are still predominantly long term. They also need relationships with brokers and landlords in order to angle for top-tier locations that will help them create shopping destinations, not just places customers visit once out of curiosity and never again. 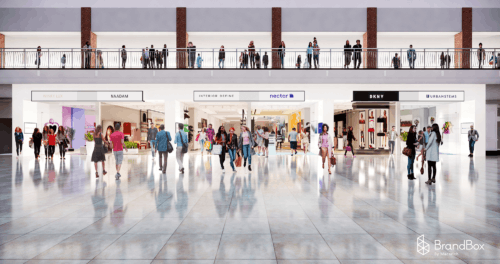 “This is just another model that offers an experiential factor to lure shoppers while satisfying the financial needs of the retailers — a win-win,” she said.

Uppercase still takes on traditional long-term leases, though landlords are becoming more flexible, said co-founder and chief executive Yashar Nejati. Uppercase launched in September and opened a pop-up for New York Magazine’s shopping vertical The Strategist in Soho in November. It also operates a multi-brand shop in Tribeca that acts as a showroom for its services.

Uppercase provides its brands with software to manage sales, and access to a dashboard of store data, as well as proprietary data about neighbourhoods and recommends where brand should open to reach their target customers.

At City Point in Brooklyn, multi-brand retailer HiO specialises in international brands like Portuguese fast-fashion accessories seller Parfois and Spanish sunglasses line Hawkers, though it carries digital domestic brands, too. The company plans to introduce a new brand or fresh products from one of its tenants every six weeks, to encourage repeat visitors, said co-founder Sever Garcia.

Garcia is also the founder of SGN Group, a firm that helps international brands enter the US. He has partners at HiO with retail experience, including former Uniqlo USA chief executive Larry Meyer and David Zoba, former global real estate head at Gap Inc.

Other multi-brand retail spaces include Showfields, which took on a lease of a four-story building on Bond Street in Manhattan in July, and Fourpost, a space featuring micro-stores and restaurants operating at The Mall of America in Minnesota and West Edmonton Mall in Alberta.

Retail matchmaker Guesst is hosting its own shared retail, too. The company has partnered with Steven Alan, one of New York’s best-known retail curators, at his Upper West Side, Tribeca and Brooklyn boutiques.

Visitors who have shopped Steven Alan’s boutiques for years may not even notice a difference.

“It’s similar to the way the consignment model in the way it looks,” said Norris. “It’s just the economics are different.”

Plenty of digital brands are finding those economics work to their advantage.

Naadam recently opened two stores in New York and had no plans for another location until BrandBox made its pitch, Scanlan said. He said he was impressed by the company’s use of data, which he hopes to use to better understand what products his customers buy and what they will likely purchase in the future.

“It’s risk-free in a lot of ways, low cost, and if it works then I’ve learned some really valuable stuff,” said Scanlan. “There’s an automatic plugin into something that can roll us out to ten locations if we needed.”

The Pop-Up Has Grown Up