Getting products to customers’ front doors has always been the most complex and expensive part of e-commerce logistics. Covid-19 and the ensuing boom in online sales have only upped the stakes.

Getting products to customers’ front doors has always been the most complex and expensive part of e-commerce logistics. Covid-19 and the ensuing boom in online sales have only upped the stakes.

LONDON, United Kingdom — For years, the “last mile” of the delivery process has been a pain point for fashion retailers who often struggle with the final link in the logistics chain needed to transport parcels from warehouses to customers’ front doors.

“You’re taking the part of the value chain that consumers used to absorb, which is getting in their car and driving somewhere and getting it off the shelf, and you’re transferring it to the retailer,” said Sucharita Kodali, principal analyst and e-commerce expert at Forrester. “The retailer has to absorb that expense or ask the customer to pay for it. That’s the reason last mile is something you have to consider very carefully.”

Not only does the last mile account for almost 50 percent of the total cost of delivery in terms of time and labour, it is also disproportionately costly in terms of its environmental impact. Adding to the pressure felt by retailers and their logistics providers to improve this leg of the journey are the growing expectations that consumers now have for next day delivery — or even speedier options — that they are less willing to pay for.

The stakes have only gotten higher as e-commerce became the only available shopping channel in the wake of Covid-19 lockdowns across the world. Global online sales were up 71 percent year-on-year during the second quarter, Salesforce data revealed. Now, with the holiday season right around the corner, logistics providers are feeling the heat.

Demand is not going to let up and this is going to be a very very challenging fourth quarter.

“This has been the year of all years when it comes to fashion and e-commerce,” said Brian Bourke, chief growth officer of Seko Logistics. “[Demand is] not going to let up and this is going to be a very very challenging fourth quarter. Whether it’s the US or Europe, there’s just not enough capacity.”

For retailers who have been investing long term in the streamlining of their last mile process, it has begun to pay off. Others are now having to play catch up or find creative ways of delivering merchandise to their growing consumer base.

As a new wave of lockdowns begin to bite across Europe and other markets, retailers ahead of the last mile curve will not only be well positioned to make the most of the current e-commerce boom, they’ll be primed to retain customers and adapt their operations for the long term as experts anticipate that many of the online shopping habits people picked up in 2020 will stick.

When Global Fashion Group (GFG) began looking for logistics partners for its e-commerce platforms in emerging markets and regions like Russia, Latin America and Southeast Asia years ago, CEO Christoph Barchewitz wasn’t spoilt for choice. In most places, there wasn’t a frontrunner when it came to last mile or returns, Barchewitz said. Instead, he set up operations locally and built those systems in-house. 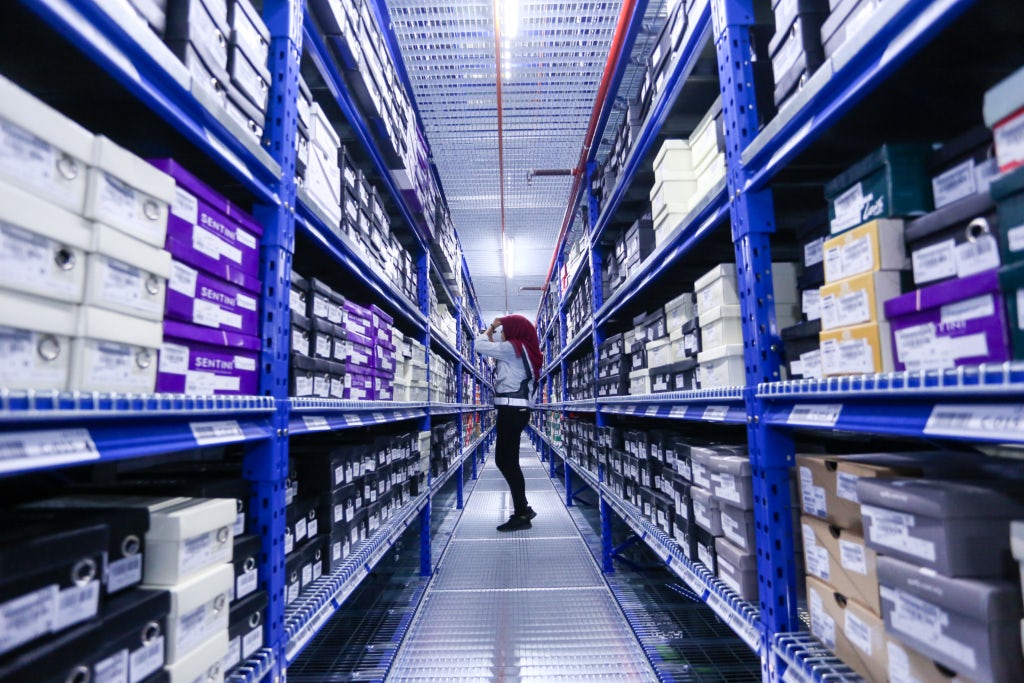 In Russia, where 80 percent of GFG-owned Lamoda’s deliveries are managed by its own delivery arm, the group set up a concierge shopping service: shoppers can try on their orders, immediately return items to the delivery employee waiting outside their doors and pay for what they want to keep. The move helped streamline its returns process: at the point of sale, the business often knows what is being returned to its fulfilment centre and can arrange to resell it. Retailers including Net-a-Porter and start-ups like Toshi and Harper Concierge have also launched concierge delivery services in their respective markets.

In Latin America, GFG-owned Dafiti operates its own biker fleet to beat the traffic in some of the world’s most congested cities across Brazil, Argentina, Colombia and Chile. Other e-tailers are also going down the in-house route: In Southeast Asia, Alibaba-owned Lazada’s fulfilment centres span over 300,000 square meters of land, more than 15 sortation centres and almost 400 first-mile pick-up and last-mile delivery hubs.

Last mile hurdles are even more complex in markets like Nigeria where players like pan-African e-commerce giant Jumia have been growing fast. “We didn't have the luxury of having big established logistics players that could reach every part of the country who were also willing to take cash on delivery,” said Jumia Nigeria Chairwoman Juliet Anammah. This meant Jumia had to build its own network of third-party logistics providers, allowing them to leverage data harvested to improve merchandising and other aspects of the business.

While going in-house can be very costly in the short-term, it can give retailers control over customer interactions, capacity planning and operational processes, driving efficiency and growth amid the pandemic. GFG operates ten fulfilment centres (in comparison, Asos operates three globally) and was better equipped to tailor responses for each of its markets. This last mile focus is one of the reasons Barchewitz believes the group has managed to grow 30 percent or more every month for the past six months.

As online orders continue to soar, local physical delivery nodes — whether a partner’s or an e-tailer’s own— will become an increasingly important part of the logistics network, said retail futurist Doug Stephens.

Allowing consumers to pick up their items from parcel lockers and other touchpoints has long been a cost-efficient solution to last-mile conundrums for the likes of Amazon and Uniqlo, which in addition to in-store pick-ups has a years-long partnership with 7-11. Where Covid-19 has accelerated e-commerce penetration in emerging markets (places many shoppers are not only new to online shopping but do not own credit cards and poor road networks in fast growing cities can often lead to delays), drop-off points have become even more ubiquitous.

We’ve delivered to more parcel lockers in the past six months than we did any time before that.

In India, over 10 million kiranas (independent “mom and pop” general stores) are being tapped by e-commerce players like Geomart for fulfilment. In Indonesia, startup Kiosan found success by linking up warungs (roadside kiosks, and with them shoppers without credit cards) with major e-tailers like Tokopedia. Last year, Amazon inked a deal with Mexican convenience store operator Oxxo, adding over 20,000 mini delivery depots to the retail giant’s arsenal.

“We’ve delivered to more parcel lockers in the past six months than we did any time before that,” said Seko Logistics’ Bourke. Retailers with brick-and-mortar presences in markets like the US and Europe already have the space to position pick-up points. These stores may have been repurposed as logistics hubs during lockdown, a move Forrester’s Kodali said may have supported retailers in the short term, but makes less sense for brands with well-positioned stores in cities that are reopening.

Ultimately, using pick-up points comes at a cost for consumers and need to be chosen over regular delivery — which as countries like the UK re-enter lockdown, remains the most convenient option. But for businesses that can get shoppers to opt in, they’re a gamechanger. “Parcel lockers [are] changing the retail landscape overnight,” Bourke added, estimating that brands can save anywhere between $5 to $20, or even more, per delivery by opting for them over traditional doorstep delivery. 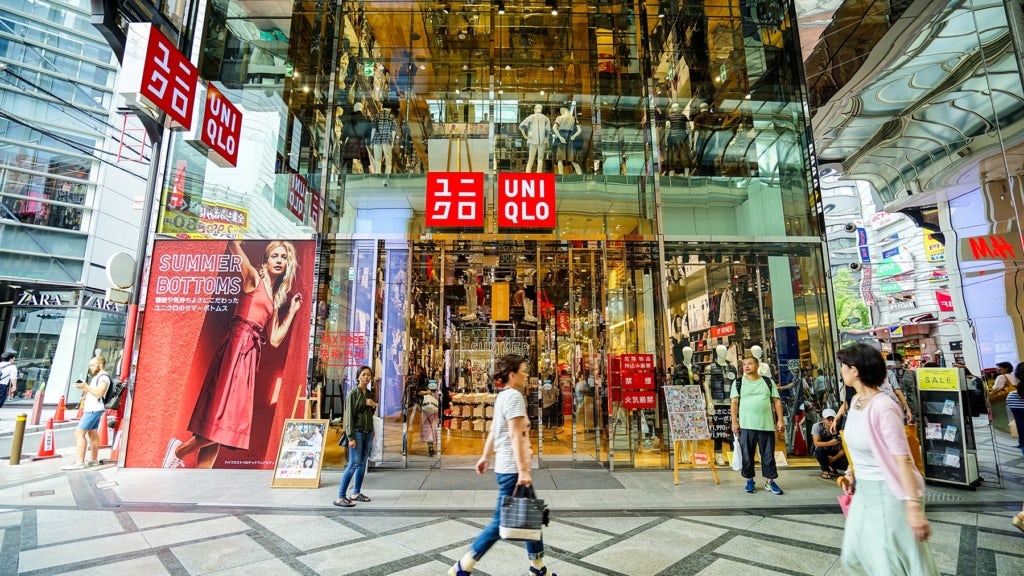 Shoppers can pick up their parcels at Uniqlo stores | Source: Shutterstock

In addition to its at-home concierge service, Lamoda currently operates 400 pick-up points in Russia (where customers can try on their orders and immediately return pieces they don’t want to keep). Barchewitz agreed that the savings are substantial. “We’re probably saving 10 to 20 percent on delivery when customers use pick up points,” he said.

When asked if GFG had cracked the last mile, Barchewitz replied that he had two obstacles to overcome: returns, which remain a major challenge in markets like Latin America, and keeping up with rising customer expectations, which show no signs of stopping.

Indeed, where consumers’ new e-commerce habits are expected to outlast Covid-19 and a significant number of them appear to be moving out of major metropoles like New York, even Amazon isn’t fully prepared. “It’s going to require a new level of infrastructure they don’t have,” said Stephens, pointing to the retail giant’s announcement of its plans to build around 1,500 micro-fulfilment centres across the US in the coming years to better reach customers in the suburbs. On November 2, media outlet The Information reported that the company is plotting to expand its last-mile distribution network in rural areas across the US, addresses previously handled by the US Postal Service.

Amazon’s investments into autonomous car makers Zoox and Aurora could also be a signal of what’s to come. By taking out the human cost of paying some delivery employees, this would have major implications. “If they’re able to pull off [autonomous delivery,] it’s going to open a completely new chapter in this space race,” Stephens added. In China, JD.com is already planning to deploy 100 autonomous delivery vans on public roads by the end of 2020. 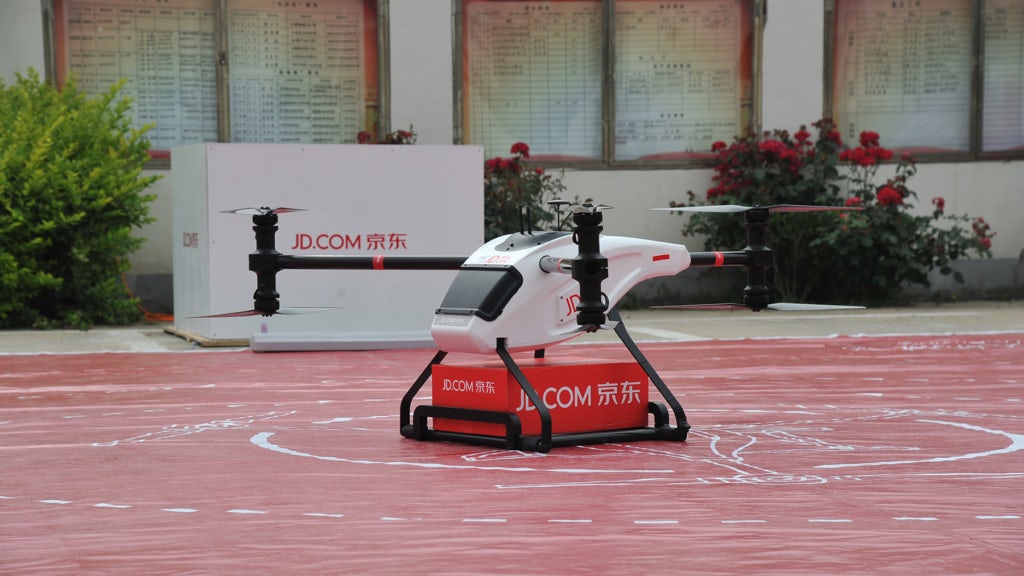 However, automated delivery remains a long-term goal in the West. “There’s a much longer path to develop the right technology that accommodates the complexities of last mile delivery, including delivering and driving big vehicles down residential streets,” said Bourke. “Algorithms aren’t quite up there yet.”

Bourke added that drones could prove an exception for deliveries to rural areas. Indeed, the aerial vehicles have proven a buzzy topic for years, but legal and safety issues have tempered trials and deployment beyond markets like China, where JD.com began testing and using drones commercially since 2015. Beyond China, experts report that the technology will likely focus on getting products like medical supplies to far-flung locations as a first step.

Beyond its financial costs, last mile delivery is also environmentally costly but industry figures so far have markedly different views on how to address the issue. Barchewitz is working on encouraging customers to choose a slower delivery process, while Bourke believes that post-pandemic, shoppers will be more responsive to calls for action, including at checkout, where he forecasts that being offered carbon offset options will become the norm. Many, however, will take convincing. “The issue is that there’s so much greenwashing,” said Kodali. “We’re going to be very sceptical of it.”

For a glimpse of what the future of last mile delivery will look like, Stephens pointed to JD.com, which now serves upwards of 90 percent of the China market with same day delivery. According to Stephens, JD.com utilises data science to determine, based on the total number of clicks on a product, what customers will order before they have done so — meaning the e-tailer can pre-emptively send a number of SKUs to its warehouse before orders have even been placed.

This anticipatory technology has yet to arrive in most western markets, but retailers are racing towards it. “In the interim, we’ll see creative solutions cobbled together with alliance partners, acquisition partners,” said Stephens. “We’re really going to see a tough push for technology.”