NEW YORK, United States — Amid the assortment of Timex watches, Champion sweatshirts and tailored chinos available on Todd Snyder’s website there is a more unusual offering: a Toyota Land Cruiser.

For a mere $185,000, shoppers can build their vehicle from the tyres up, complete with a paint finish from the designer’s personal colour palette (including “military olive” and “oxblood red”). The winch and jerry-can are optional.

The car is a bit of a gimmick. But it speaks to Snyder’s approach to retail: pique consumers’ curiosity to get them in the door, then trust that his design sensibility will keep them coming back. And — unusually for a menswear brand selling $1,000 suede jackets and $90 T-shirts (and the occasional car) — chances are the whole process takes place online.

“That's really the goal of the brand, is really to be the ultimate curator, the ultimate arbiter of taste and style,” Snyder said. “And that’s where I see white space for us to live, is in between a digitally native brand and a designer [brand].”

Snyder didn’t set out to build a digital brand. After leaving J.Crew, where his slim suits revived the retailer’s menswear division, Snyder initially followed the traditional path of the independent designer. He launched with a plumb wholesale account at Bergdorf Goodman in 2011, followed swiftly by Barneys, Neiman Marcus and Nordstrom. His preppy, workwear-inspired looks won favourable write-ups in GQ, and he staged well-received shows at New York Fashion Week.

But like other designers coming up around that time, he quickly learned that having a rack at Barneys and support from traditional fashion media wasn’t going to make him rich. To build the sort of loyal following he’d developed for J.Crew, he had to take his case directly to consumers where they were spending more of their time and money: online.

Up to that point, Snyder’s story is similar to countless other brands that saw e-commerce as an escape hatch from faltering department stores. The difference is, he actually made the leap. Today, 85 percent of Todd Snyder sales take place on the brand’s website, with most of the rest coming from his sole brick-and-mortar store, a flagship in Manhattan’s Flatiron District that opened in 2017.

Snyder has transformed his label into a digital brand. Now, he’s going to see if he can scale like one. The designer declined to reveal current revenue but said he expects sales to increase by 55 percent this year, with a goal of hitting $100 million in 2022. Like Allbirds or Warby Parker before him, opening stores is key to maintaining the momentum he's built online. His second location, in J.Crew’s “Liquor Store” space in Tribeca that he had designed for the brand back in 2008, opens later this month. More locations are planned next year, starting in Los Angeles and then potentially expanding to other major American cities.

“We want Todd to be one of the leading menswear brands in North America,” said Chad Kessler, global brand president at American Eagle, which acquired Snyder’s brand as well as Tailgate, his graphic t-shirt label, for $11 million in 2015. “I think Todd’s business can be a $300 million business with a nice operating margin.”

Snyder said his “secret sauce” is maintaining a direct line of communication with customers, however they discover the brand. And then once they’re hooked, giving them the freedom to shop any way they want.

Most find Todd Snyder online, via paid ads and social media campaigns straight out of the DTC playbook (Snyder said one of the first moves he made when he decided to pivot to digital was to hire veterans of hot consumer start-ups like Casper). 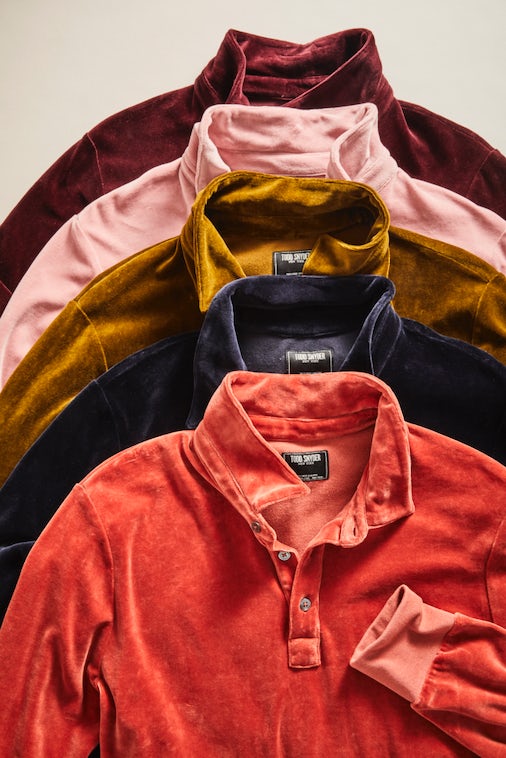 A print catalogue has proven essential to turning those first clicks into loyal customers, Snyder said. The catalogues typically feature themed photo spreads, as well as interviews with “guest curators.” These subjects can be unconventional — rather than the actors or models, recent editions have featured a Glendale, Calif. vintage car restorer and former J.Crew menswear designer Frank Muytjens at his newly opened inn in the Berkshires.

The purpose is to translate Snyder’s overall vibe beyond his New York base. Catalogues have become a popular tool with digital start-ups like Bonobos, but the designer said his decision to produce one for his brand was a holdover from his J.Crew days, when he said they were the retailer’s “bread and butter.”

“J.Crew walked away from it, which I think was a huge mistake on their part,” he said. “But it's part of the customer journey. They may have found you on Instagram or Facebook, but a lot of times that's kind of fleeting. It's important to keep that engagement.”

Then there’s the store — soon to be stores. The flagship lends credibility (“People take you a lot more seriously when you have a store,” Snyder said). Snyder, who initially studied architecture at Iowa State University, said he designed the store so that "all your senses are firing." The space is divided into small "departments," where customers can look at vintage watches, get fitted for a tuxedo or browse the latest Red Wing collaboration. A tailor occupies a space in the back, and alcoves house a cafe and a barber shop.

Almost everything is for sale at the shop, including some of the furniture. Pinterest is a frequent source of design inspiration for the store and the merchandise — it's where the initial idea for the Land Cruiser collaboration came form.

"I'm a huge Pinner," Snyder said. "When I saw the truck on Pinterest, I was just like, oh my god, this would be so cool."

An entire section of the store is devoted to Champion, the collaboration that started in 2013 and to which Snyder credits his initial ability to scale. He said an ideal collaboration for his label involves a heritage brand that invented its category, even if it has seen better days. His most successful partnerships — Timex, Red Wing, Champion — all fit that mould. Today, collaborations make up about one-third of sales.

Snyder has outfitted the store to bridge the divide between online and brick-and-mortar. Customers can return online orders to the shop, or make a purchase online from the store and have it shipped.

The Tribeca store will be a further step in that direction, stocking a narrower set of merchandise. It will also serve as the base for his private shopper service, where stylists select clothes and accessories and ship them to customers. The service launched early last year and accounts for about 15 percent of sales.

The audience right now has their own way of finding you.

He shares that faith in brick and mortar with his corporate parent, American Eagle. The mall retailer has largely left him alone to manage his personal label (Snyder said after working at Ralph Lauren, Gap and J.Crew he prefers being under the umbrella of a larger company). The two brands’ customer bases don’t have much overlap, with Todd Snyder targeting men in their 30s and 40s, while American Eagle focuses on men and women in their teens and early 20s.

But the chain is also one of the few mainstream retailers opening stores, including dozens of new locations for its wildly successful lingerie sub-brand, Aerie. Todd Snyder has the potential to serve a similar role for its owner, filling a niche the main American Eagle brand can’t, said Rebecca Duval, an analyst with Bluefin Research.

“You can have American Eagle as a casual brand and then have Todd to refer to as a little more dressed up, a little more sophisticated,” she said. “It’s that next step up, when you have a little bit more spending money.”

Snyder knows what makes his brand work, down to the Red Wing leather interiors on his custom Land Cruisers. Whether he can scale comes down to his ability to connect with customers, no matter how they discover his brand.

“The audience right now has their own way of finding you,” he said. “I knew I wasn't just going to be digital, I knew I needed to also have great retail, and I need to have experience... because I don't think you can survive just on one channel, you have to be really well-rounded.”