BoF is keeping tabs on the cancellations and closures sweeping the industry as brands, retailers and event producers grapple with how to manage the Covid-19 pandemic.

As governments tighten their efforts to contain the spread of the novel coronavirus pandemic, fashion brands and retailers are scrambling to manage the fallout. Runway shows and events planned in Asia where the virus first hit were cancelled or postponed early on, but as the disease continues to spread globally, the impact is likely to be much longer and deeper than many had initially expected. France, Italy and Spain are among the countries that have imposed tight restrictions on their citizens’ movement and closed non-essential stores, even as stores in China have been gradually re-opening over the last few weeks.

BoF is keeping tabs on how brands are responding: 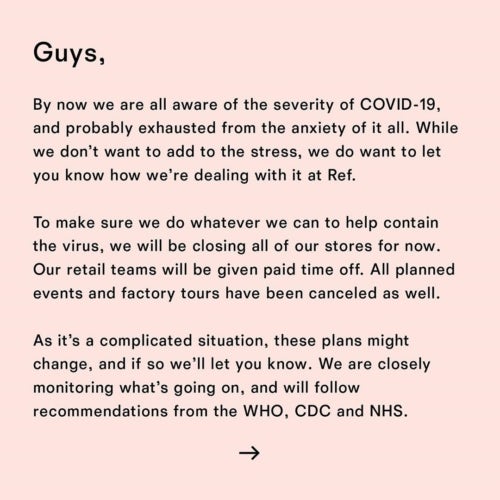 Coronavirus is Already Changing How People Shop. Here's How.