Surrounded by a tribe of Ganni-clad influencers, she was the perfect embodiment of the brand of cool-girl chic and community engagement that has catapulted Ganni from a niche Danish cashmere label to one of fashion’s most consistent viral trendsetters.

The party itself was an example of Ganni’s guerilla approach to growth, leveraging the power of the following it has built across social media to support an ambitious international expansion plan with the backing of LVMH-linked private equity firm L Catterton. It’s relying on the company’s existing community to help drive sales internationally, tapping into its existing fan base with events, parties and location-specific product drops that tie them more closely to the brand as it expands. 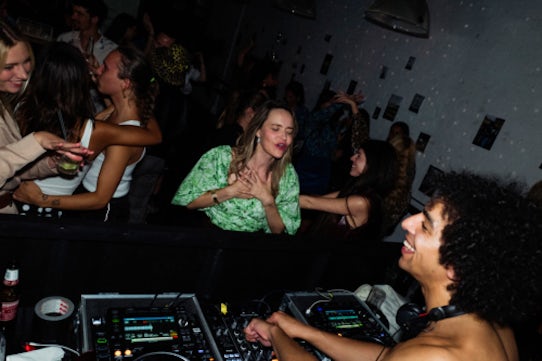 In addition to the store in London, Ganni is targeting the notoriously difficult US market. Last year, North America made up 13 percent of the brand’s sales, but the company is aiming to expand its penetration in the market with its own physical retail presence. Its first US store opens in New York this week, with another to follow in LA later in the month. The company has another eight to 10 stores planned to open next year across Europe and the US. The company's targeting cities where social media and sales data show it already has strong brand traction. Potential locations include Paris, Amsterdam, Berlin in Europe and Miami, Dallas and Chicago in the US.

“You want to tap into the tribe of people who will be your ambassadors because they feel connected to your brand,” said Ganni Chief Executive Andrea Baldo, emphasising the need for the company to maintain a sense of authenticity and community even as it expands. “The more we can connect these tribes around the globe, the more the brand will go global without spoiling from a commercial perspective.”

Ganni was founded in 2000 by the art connoisseur and entrepreneur Frans Truelsen, but it really took off after husband-and-wife team Nicolaj and Ditte Reffstrup took over in 2009. The former tech entrepreneur and fashion buyer transformed the label, consistently turning out pieces that went viral and sold out through a savvy mix of tech-forward marketing, sweet-spot pricing and a playful take on Copenhagen cool-girl style.

You want to tap into the tribe of people who will be your ambassadors because they feel connected to your brand.

In 2017, L Catterton acquired a 51 percent stake in the company, turbo-charging its growth ambitions and providing it with the financial clout and expertise to go global. While the company’s biggest market remains Scandinavia — accounting for 38 percent of the company’s roughly €55 million ($59.8 million) in sales last year — it is eyeing much bigger international opportunities.

But global expansion is a tough nut to crack, even for a buzzy and successful brand with strong financial backing. Penetrating new markets is expensive and difficult, requiring investment in physical stores, a marketing push and often a different approach to product that’s tailored to local consumer tastes and cultures.

“Successful brands have ventured abroad and decided to close,” said David Ayache, an M&A attorney working with a number of fashion and luxury markets, noting that the US and Asia are particularly challenging markets. “They are the most risky and the most costly.”

Ganni is among a new generation of social-media-savvy brands that are betting on the bond they’ve formed with international followers to beat the odds in the intensely complex and competitive environment. For instance, when direct-to-consumer beauty brand Glossier expanded in Europe last year, it focused on quickly establishing and cultivating a highly-engaged community that help spread the word without requiring a costly marketing campaign. The company doubled its sales last year and raised $100 million in March.

Ganni is well placed to adopt a similar strategy. The company has a loyal and influential following on Instagram, often identified by the hashtag ‘#GanniGirls.’ It’s been savvy in cultivating its tribe, working hard to create a sense of connection and shared values that resonates with their community.

Girls who wear Ganni are definitely part of the cool crowd. But they’d let you sit at their lunch table. It’s form of accessible aspiration that’s extremely powerful and translates through from the brand’s contemporary price point to its laid-back Scandi-chic style.

“It’s like a family of Ganni,” said fashion consultant Julie Gilhart. “They’re very authentic… I would bet my money on them.” 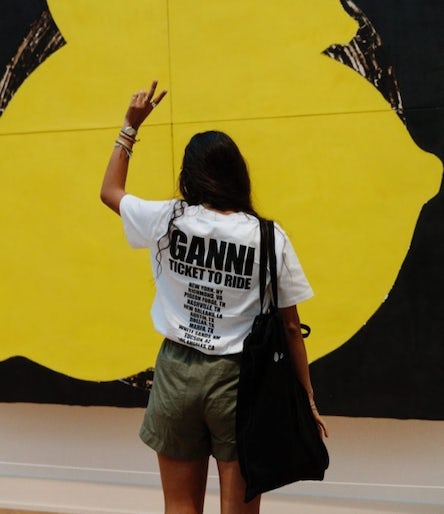 To be sure, a strong cultural identity is a difficult thing to maintain as a brand grows and hires new people, especially on an international scale. But Ganni’s taking a strategic and measured approach to growth. It’s spent the last five years laying the groundwork and building the connections underpinning its current US expansion, carefully curating retail partners to gain a toehold, building up an ecosystem of supporters and hiring on the ground. It’s starting to build connections now to bolster longer term ambitions to crack the Asian market.

Ahead of the launch of Ganni’s New York store this week, Nicolaj, Ditte and the team drove across the country to personalise and cement some of the relationships they are hoping will pave the way to sustained growth. The company’s working with Google to measure brand awareness in the US before and after the trip.

Over the course of two weeks, the team is meeting with wholesale partners and running pop-ups and events in cities where they know they already have a strong community. Destinations include Nashville, New Orleans, Austen and Dallas, with activities ranging from a day-trip to Dollywood to karaoke. The trip will culminate in LA with a party to celebrate the new store opening.

“The Important thing is to go there and do it authentically, so you don’t just drop product,” Baldo said. “This finding where the cool people who are Ganni Girls are hanging out and connecting with them in a more direct way, it’s very organic.”

Community is Core to Next-Gen Brands

Amid 'Retail Apocalypse,' The Future of Commerce is Community