HONG KONG, China — For the past 18 months, retail sales figures in Hong Kong have suffered thanks to a sharp decline in tourism from the mainland and the rising popularity of online shopping, among many other factors. In the first half of the year, retail sales plunged 10.5 percent compared to the previous year — the biggest drop since 1999 — resulting in many brands shuttering or consolidating their network of stores in the city.

Yet amidst the challenging results, some brands and retailers are taking the opportunity to reinvest in the city with the hopes that they will reap the rewards in the near future. 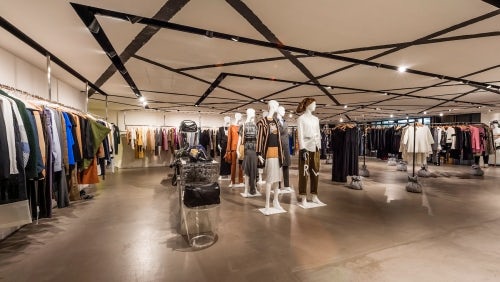 “Many brands are taking the opportunity to make major changes and investments because it puts them ahead of the rest of the market when things eventually pick up again. Traditionally this ‘downtime’ occurs after Golden Week or before Christmas, so that you catch the consumer when they are ready to shop again,” says Sandro Hinds, associate director, retail at JLL Hong Kong.

Case in point is luxury goods giant Louis Vuitton, whose flagship “maison” in The Landmark mall in the Central district of Hong Kong is currently undergoing a mammoth renovation, which will be completed early next year. Also located in the same mall is department store Harvey Nichols, which recently unveiled a new look after three months of extensive refurbishments. Next on the list is niche luxury retailer Joyce, which will celebrate the redesign of its global flagship store in Central with a series of festivities attended by legendary designers and loyal supporters such as Dries Van Noten, Haider Ackermann, Phillip Lim, Rick Owens and Anne La Chapelle.

Designed by star architect Paola Navone, the revamped boutique will include the Loft, an additional 5,000-square-foot multi-purpose space for hosting VIP events such as trunk shows and intimate dinners. 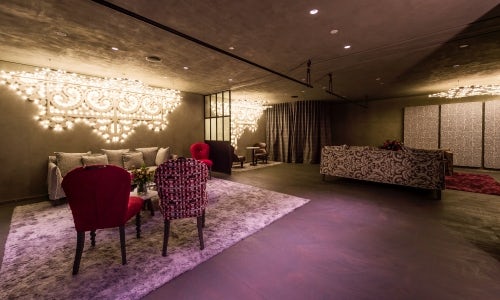 “We realised that we had the opportunity to extend the store and we really wanted to focus on creating a dedicated space for our VIP customers. Around 40 percent of our business is generated by personal shopping and stylists. It made sense to refurbish the rest of the store so that customers can look at Joyce through a new lens. Paola’s aesthetic encapsulates the Joyce vision, which is really about embracing craftsmanship, but a modern approach to craft,” says Andrew Keith, president of Lane Crawford and Joyce.

The store has been transformed into a series of interconnected yet intimate environments that connect seamlessly like an art gallery. The men’s department, which is located on the lower ground floor, boasts an industrial concept with rough-smooth textures and repurposed vintage alongside more contemporary pieces. Upstairs, the women’s section can be accessed by walking through the window display, while metal cages displaying clothes are suspended from the ceiling.

To drive traffic to the new store, Joyce will also be hosting the city’s first-ever immersive fashion exhibition, “The Golden Needle,” from October 14 to 16, which showcases the latest collections and vintage pieces within a theatrical set featuring live actors. Visitors are invited to step into the mind of a fictional female tailor as they journey through her memories and obsessions.

It’s very much about encouraging people to come into stores — and to use them to create something that’s different to an online experience.

The project was masterminded by Emmy-award winning creative director and production designer Joseph Bennett, who staged the highly acclaimed “Alexander McQueen: Savage Beauty” exhibition. Historic consultant Olivier Châtenet curated the 35 looks (and more than 100 pieces) featured throughout, all of which are shoppable. The theatrical element was devised by British theatre group Les Enfants Terribles.

“The exhibition tells the story behind the process of design and fashion, but also showcases its artistry. The actors add a whole other dynamic that’s playful and fun. We are highlighting craftsmanship and trying to get to the heart of it, which is the quintessence of fashion. It’s about imagination, freedom, emotion, discovery and beauty that makes us feel alive,” says Bennett.

Housed in an abandoned retail space next to the Joyce boutique, visitors enter the exhibition through a dingy stairwell located off a side street. Once inside, they are led into an intimate workshop complete with rolls of fabric, a dressing room and illustrations and sketches covering the walls, before being “greeted” by a tailor for a fitting.

A journey into the tailor’s subconscious ensues as the audience discover a series of interactive rooms by climbing through wardrobes and even a window, including a maze dotted with “live” and inanimate mannequins, a rustic shack in the woods, a moss covered room and a romantic all-black moonscape complete with stark white trees dotted with ribbons (the audience are invited to tie the ribbons alongside the actors).

“We bring the audience into a new world. It’s about making sure the world they are going into feels alive, gauging that and giving them a part in the story,” says Oliver Lansley, artistic director of Les Enfants Terribles.

The exhibition culminates in the heart of the boutique next door where an artwork consisting of a fibre optic dress by Korean artist Kim Tae Gon is showcased alongside a soundtrack of a thumping heart and the faint whispers of Joyce Ma’s voice.

“Not all retailers can do this — we are in a unique position, we work with the best creatives from around the world and embrace creativity as part of our brand. We are hoping the local audience will really embrace the exhibition, which is really about an emotive approach to fashion,” says Keith.

“It’s very much about encouraging people to come into stores. It’s rare that you have the opportunity to rediscover physical spaces and to use them to create something that’s different to an online experience. A digital format is of course very diverse and versatile, but being immersed in the physical is rewarding and enriching in different ways,” he continues.

Indeed, Hinds believes that Joyce’s unique perspective on fashion could help it navigate the bumpy waters ahead. “Niche luxury is the one category that is still performing well so if you can capture that market there is huge potential. Customers want discreet luxury — that’s the consumer that’s still spending in Hong Kong,” he says.