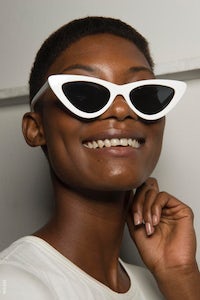 SYDNEY, Australia — The biggest name in eyewear may just be "Lolita." Pictured on everyone from Rihanna to Kendall Jenner and Gigi Hadid, the sharply cat-eye-angled sunglasses — named for the Stanley Kubrick film that inspired them — are the standout success from a collaboration between Australian eyewear brand Le Specs and American womenswear designer Adam Selman. Such is the demand for the £75 ($119) style that it has spawned countless waiting lists and has generated resale margins on eBay of up to four times its retail price.

“It’s been so crazy — to see that people are willing to bid and pay such a high inflation price for them, that was what was mind-blowing,” says Hamish Tame, creative director of Le Specs. “That one style is by far our highest-selling style across the board. It feels like they are a pair of Yeezy’s, or something from the Louis Vuitton x Supreme collaboration,” he jokes.

Tame knew he was onto something when Gigi Hadid Instagrammed a picture of herself wearing the Last Lolita frames in black in July last year: Hadid had received one of 100 pairs of Lolita’s that the brand had set aside for gifting, but was not paid to endorse the product. The picture garnered over 1.6 million likes, and Le Specs sold out of all its inventory — over 1,000 pieces — overnight.

Initially conceived in September 2016 as a one-collection collaboration, the Adam Selman partnership has been so successful that Le Specs has extended it to 2020. Tame sees it as one of Le Specs’ three key business pillars going forward, sitting alongside Le Specs Luxe — a more premium line — and the classic Le Specs range (priced from around £35, or $46). “It’s part of the family now,” he says. 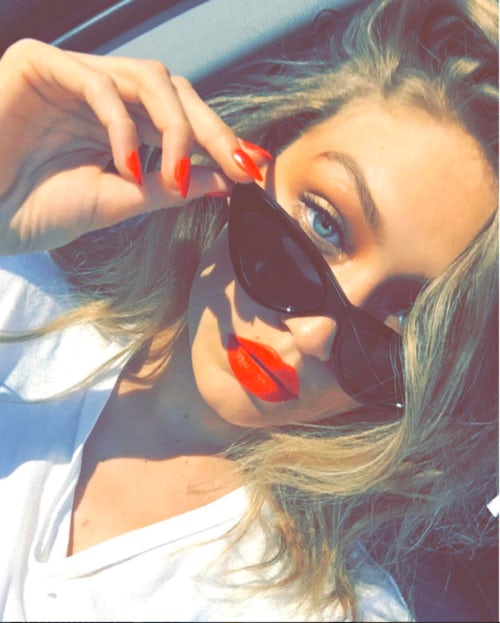 The Adam Selman collaboration is responsible for raising the company’s sales by 10 percent, putting the brand on track to become a $100 million label by 2020. Within 24 hours of launching, sales of the Lolita frame were equivalent to average monthly sales for the entire site. Since, the site’s total sales have grown 150 percent year-on-year.

It was a success Le Specs never predicted. Selman — who had never designed sunglasses prior to the collab — was something of an unusual partner for the brand. Though Le Specs had previously collaborated with House of Holland in a similar capacity, Selman was far lesser known at the time and required a greater leap of faith.

“Adam’s ready-to-wear label had a few cool stockists, but it was kind of [under-the-radar],” Tame says. “We walked out of [the] initial meeting and we thought, ‘It doesn’t make sense for us to do this and Adam isn’t known on a global scale’. But he had this energy and passion. We just had a feeling that we could do something interesting together. Never did we think it would become the 'It' frame, or that it would be sold for four times the price on eBay, with waiting lists and all that.”

Tame attributes part of the collaboration’s success to the fact that both brands were still relatively unknown in certain circles. “It was a shrewd collaboration in a sense. It wasn't about a luxury brand doing a collaboration that went out to the masses, nor was it a brand that had tried to take a big property from a cartoon. We both just set out to do something different.” This allowed the pair the freedom to be more “creative” in their approach to product. “Not being afraid to take risks allowed us to design innovative new stuff.”

Le Specs is now available in 70 countries — from 58 just a year ago — and is stocked in over 1,000 retailers. “I had a Skype meeting with Adam the morning the black Lolita got released,” says Tame. “We had just received 1,600 pieces. Over the duration of that hour that we were talking, I was like, ‘Ok, we’re up to 500 units sold, we’re up to 600 units…’ By the end of the Skype call we had totally sold out.”

In the last three months alone, the brand’s social media audience has grown 30 percent, which Tame attributes to celebrity endorsement. (While celebrity seeding reaps lots of sales for the brand, no other style has become a phenomenon like the Lolita. When Gigi Hadid is pictured wearing other sunglasses from Le Specs, the brand notices nothing more than a momentary spike in sales.)

Everyone tells you the formula of creating best sellers — you must do black or tortoiseshell — but no-one knows why the rule exists.

It’s a long way away from Le Specs' humble beginnings. Founded in 1979 by the cosmetics company Australis, the brand enjoyed success in the mid-'80s after it was created to sit alongside a line of discount sunscreens. But the cosmetics firm, not knowing how to further develop the brand, eventually shelved it, and Le Specs sat gathering dust until the Australian eyewear distributor Sunshades acquired the license for the name in 2005.

Appointing Sunshades’ creative director Tame to the helm, the brand was relaunched that same year, and quickly found popularity in Australia due to its accessible price point and its bold silhouettes. “We had a domestic business mostly, but outside Australia, we really only had business with Topshop, Asos and some other high street accounts, as well as some cool boutiques in Sweden,” says Tame.

Today, the label is stocked at a range of department stores and e-commerce sites, including Net-a-Porter, MatchesFashion and Neiman Marcus. Le Specs is a rare exception in being one of the only brands stocked across such a high-low mix of retailers: it’s a bestseller on both Matches and Asos.

It is also the cheapest brand to ever garner a Matches waiting list. “Le Specs resonates well with our customers globally — they are always ahead of the curve in a contemporary and exciting way,” says Chelsea Power, lifestyle buyer at MatchesFashion. “The Lolita style in particular has been popular — even in November we are selling out.” Typically, luxury retailers will buy 20 to 30 units of an eyewear. “But [Matches] now buy a couple of thousand units and they sell them within the day. We constantly have back orders for the Lolita,” says Tame. 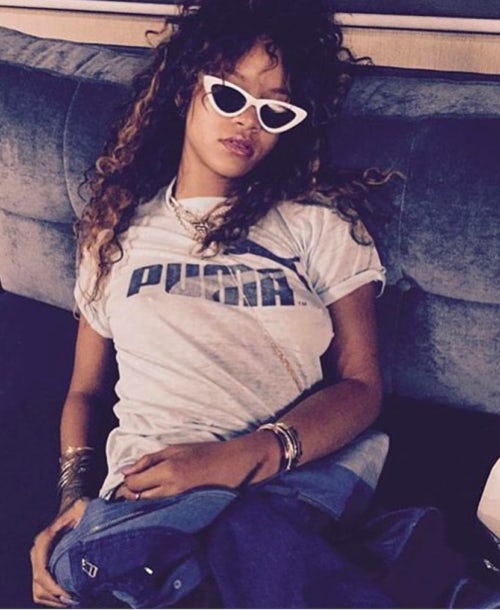 Scarcity is one of the reasons behind the style’s success, according to Tame. The brand’s eyewear is manufactured in China, and has a three or four month lead time on orders. In the beginning, neither Tame nor Selman expected uptake to be so strong, and so ordered small volumes of product. And while it was not a deliberate strategy initially, Tame says he has since kept production levels low because he believes it helps fuel demand. “We’ve been undercooking it each time, and that’s the reason we can’t keep it in stock.

“It was always the traditional retail formula to be in stock of everything at all times, but maybe this is how people want to shop now — what they want to feel when they buy something, getting something from a wait list as soon as it arrives,” he continues, adding that the buyers he works with might disagree with him.

Selman agrees: “I love hearing the stories of what people had to do to get their hands on a pair of Lolitas.”

As such, the brand’s next drop — scheduled to retail from November 15 — and all future Adam Selman collections, will be kept tight in both style and quantity. “We’ve proven that you don’t need to have a huge collection to drive sales or to drive demand,” says Tame. “Everyone tells you about the formula of creating more bestsellers — you must make sure to do black or tortoiseshell — and it feels like everyone has these rules but when you ask them why, no-one really knows the answer or why the rule exists.”

In that vein, the latest Lolita comes in hot pink: Selman was inspired by 60-year old escort and Los Angeles icon Angelyne, who, according to the designer, is a “vision and a true original. She wears hot-pink clothes all the time, wears hot-pink eyeshadow, drives a hot-pink Corvette. She just doesn’t care; she is so fabulous.” In other words, she’s a rule-breaker. Just like the Lolita.

How Direct To Consumer Brands Are Disrupting The Eyewear Market

Behind The Radical Shifts In Luxury Eyewear