Within two hours of posting an Instagram Story of herself in a lemon-printed maillot with the caption “ITALY COLLECTION IS LIVE” at 9 am ET Wednesday, the WeWoreWhat blogger’s 2.1 million followers had purchased $1 million worth of swimwear from her latest collaboration with Onia. By 9 pm, sales reached $1.8 million. And the collection wasn’t cheap: mix-and-match separates come to about $200 for a full suit.

This wasn’t the 26-year-old influencer’s first go-round with Onia. Two ranges she co-designed last year sold $400,000 and $1 million in their first 24 hours, said Nathan Romano, the swimwear brand’s co-founder. Bernstein has also entered into a multi-year licensing agreement for Onia to manufacture a standalone WeWoreWhat swimsuit brand, with the first of three planned collections slated for release this fall.

Every single thing – from the buttons to the closures to the Pantone colours to the fits – have to get run through and approved by me.

“You see a lot of influencers coming out with collections now, [and] a lot of times you can tell that they haven’t been fully involved with the design process,” Bernstein said. “When I sign my contract for any of these collaborations [now], I have 100 percent design control.”

Even within the world of mega-influencers, only an elite few have the follower count and star power to engineer a blockbuster product launch. The Kardashian-Jenner clan routinely drive multi-million-dollar first-day sale totals for everything from makeup palettes to fragrance. Beyond them, the list is short: Beauty vlogger Jaclyn Hill’s fans blew through over $3 million worth of makeup within hours of the release of her collaboration with Becca Cosmetics in 2016, and Arielle Charnas reportedly moved over $1 million from a Nordstrom capsule collection a year later. 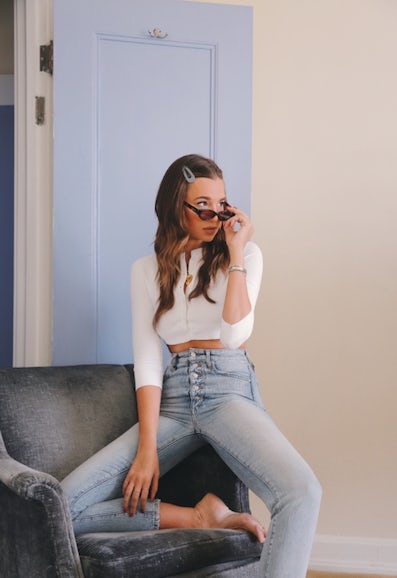 For influencers, a well-received collaboration can lead to their own standalone brands. Charnas launched her own collection at Nordstrom last year, and Chiara Ferragni’s namesake brand, started in 2013, has hundreds of points of distribution.

But the formula that determines which combination of influencer and product will succeed is very much a work in progress. Brands are casting much of their energies – and marketing budgets – into trying to best identify which content creators will be the most adept at selling their wares. But the more money fashion and beauty labels throw at influencers, the more pressure there is to guarantee a major return on that investment.

Here are four takeaways from Bernstein’s Onia collaboration to remove some of the mystery from successful influencer collaborations:

Influencers, Not Brands, Should Drive Design

Influencers appeal to brands because they have large followings who trust their product recommendations. But the best collaborations are more than mere endorsement deals; they get at what connects the star with their fans. And it’s the influencers, rather than the brands, that are going to have the best ideas about how to tap that connection.

Giving up control can be difficult for brands, but is often necessary.

It was a cool experience for my followers to be able to see what the actual buyer at Barneys New York, Revolve and Shopbop received.

“It’s not what they’re used to,” Jackson said. “Some of [the influencer’s] opinions or ideas might go against the brand’s preconceived notions about what the audience likes or wants, or even what the brand has done in the past.”

Bernstein said she will only participate in a design collaboration if she has complete design control over the project. She said she even produces and is the creative director of campaign photo shoots.

“Every single thing – from the buttons to the closures to the Pantone colours to the fits – have to get run through and approved by me,” she said.

Giving followers a window into the development process, even less-glamorous technical aspects, makes them feel personally invested in the final product, and therefore more likely to buy.

In the weeks leading up to the release, Bernstein posted a linesheet on Instagram with the complete assortment of styles and colourways that would be available on launch day. Minus the wholesale pricing, it was the same as what she showed buyers at leading department stores. 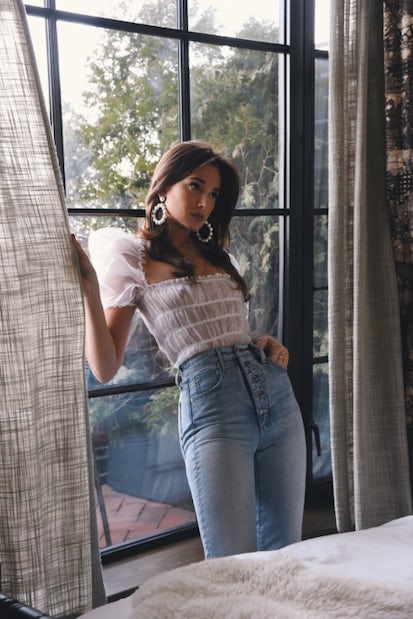 “Now they can plan out how they want to buy – the same way my retailers do,” she said. “It was a cool experience for my followers to be able to see what the actual buyer at Barneys New York, Revolve and Shopbop received.”

Bernstein lets followers in a little more with each swimwear collection. For her “Tulum” line with Onia that came out last May, she didn’t tell her followers a swim range was in the works until the day she shot the campaign. Bernstein started posting “behind the scenes” content about a month before launch.

For a western inspired collection that bowed last November (replete with cowhide prints, western-style belt buckles on many styles and photos of Bernstein wearing cowboy hats), she started to tease the process three months before the suits went on sale. Bernstein initially posted about her inspiration and what the pieces would look like, and weeks before the release started to walk followers through some fittings, design meetings and asked their opinions on colours with polls.

For the most recent collection, followers were given even more access.

“I showed them [my followers] from the point of when we got production samples and fittings with the fit model to showing it on myself… They almost felt they were part of the creation,” Bernstein said.

She also encouraged followers to “ask her anything” about the size and fit of the pieces to make them feel “as comfortable and prepared as possible.”

“I held up every bottom, I talked about the coverage between all the styles and the way that each top fits. I went into detail so that there could be no questions left unanswered when it came to purchasing,” she added.

The advantage of having a direct line of communication with fans via social media allows for instantaneous feedback, which can impact business decisions at full tilt. Within an hour, an influencer knows if what they’re putting out resonates with their following and can make tweaks or future plans accordingly.

Bernstein iterated on her the two previous collections based on feedback from followers. Some of the requests – which included a bottom with more coverage and tops “that would be good for bigger boobs” – were incorporated into the latest collaboration.

There is an art to promoting one’s products online. While influencers might want to drum up buzz in the months and weeks before a big release, giving away everything at once could result in follower fatigue, or even worse, forgetting about the products altogether because too much time has gone by between the reveal and the actual products going on sale.

I went into detail so that there could be no questions left unanswered when it came to purchasing.

When Bernstein received final samples for the most recent swim collection she started to show new prints one by one.

“I’d reveal a new print and the next week I’d say, ‘Now I’m going to reveal a new style.’ That got people so excited to see what was next,” she said. “After we shot the lookbook I [also] revealed the lookbook images one at a time in the weeks leading up to the launch.”

Striking a balance between promoting one’s own line and regular content is key. Bernstein still made sure to give her following the daily dose of outfit inspiration they’d signed up for.

“When it’s around the launch date and on launch date they expect this to be my main ticket,” she said. “[But] it’s important to not just promote my own brand. I’ll make sure today that I’m wearing other companies and promoting them because that’s the real reason my followers follow me.”