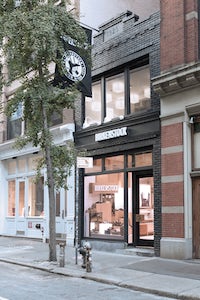 COLOGNE, Germany — Oliver Reichert, the co-chief executive of Birkenstock, has a penchant for metaphors. New concept stores will act as light towers illuminating the brand’s strengths. Collaborations with designers must produce original songs, not remixes. The orthopaedic shoes themselves are like spaghetti bolognese; they nourish people but may not be pretty. And following the fashion industry’s on-and-off obsession with the 244-year-old sandal is like whale watching.

“The water is flat, so you don’t see anything, but you know they’re here,” he says, of the whales, and of the designers who periodically incorporate Birkenstock into their high-fashion collections. “And then all of a sudden you see the birds, and you know he’s coming. It goes PFFFFT out of the water and then back again.”

Birkenstock’s first fashion moment came in the 1960s, when hippies adopted the sandal, which has been an essential part of the crunchy, outdoor-living set’s uniform since. A second revival came when Gen X discovered the sandal in the 1990s. But Birkenstock’s most recent karmic run-in with fashion began when Phoebe Philo sent models down the runway donning fur-lined Birkenstocks in her Spring/Summer 2013 collection for Celine, paired with flowy satins and structured jackets that pass for business casual. Since then, fashion’s shift toward comfortable, even dowdy looks has played right into Birkenstock’s wheelhouse.

“2012 was the moment when the whale came up,” Reichert said.

We are beyond fashion. Fashion is nothing compared to everything else.

Under Reichert, who joined as co-chief executive in 2013, the brand is looking to make the most of its runway moment. Over the last five years, the company has doubled the number of styles it carries to more than 800, including a collaboration with Rick Owens. Birkenstock’s first US store will open October 1 in New York’s Soho neighbourhood. An online shop, specialising in a new luxury line and designer collaborations, called 1774 after the year Johann Birkenstock is believed to have designed the first iteration of the shoe, is scheduled to launch later this year.

Sales reportedly tripled between 2012 and 2016, to €750 million (about $800 million at the time). This year, Birkenstocks is slated to sell 25 million pairs of shoes. Next year, it will sell 30 million pairs, the company projects.

Birkenstock, however, is not chasing fashion, Reichert insists. “We are beyond fashion. Fashion is nothing compared to everything else,” he said.

Still, while Birkenstock has pushed fashion away in the past, Reichert, a hulking presence with red hair and a jovial manner, has gingerly embraced the industry’s affection. For instance, before Reichert and his co-chief executive, Markus Bensberg, took the reins from the family in 2013, Birkenstock didn’t have a marketing team. 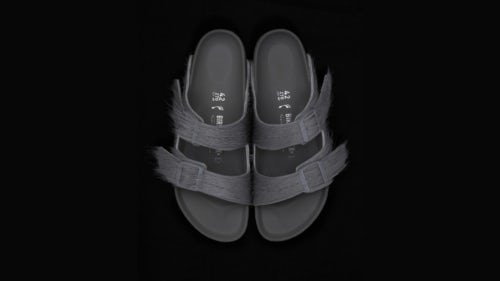 They are following a path first traveled by fellow “ugly” shoe brands Tevas and Crocs, which more enthusiastically embraced fashion when it came knocking at their doors. Crocs, though younger than Birkenstock by two centuries, were designed as boating shoes, but the foam clogs have been adopted in recent years by labels including Balenciaga and Christopher Kane. After the former introduced an embellished platform version on its Spring 2018 runway last year, it retailed for $850 at Barneys New York and sold out within 24 hours. Tevas, now owned by Uggs-parent Deckers, has collaborated with the likes of Derek Lam, Opening Ceremony and Area in the past four years.

Birkenstock’s mantra to this day remains quality and functionality, the same objective that Konrad Birkenstock had in mind when he began selling the first version of the Birkenstock insole — known as the footbed — in 1896. Along the way, it gained a cult following. In the 1960s, the shoe was adopted by American designer Margot Fraser, who discovered the shoes while on holiday in Germany and convinced the company to begin distributing in Fraser’s native California. From there, Birkenstocks became a favourite among the hippie crowd — hence its granola association in popular culture — and eventually the broader market, even catching the fancy of fashion zealots from time to time, like when Kate Moss was photographed in the Face magazine wearing a pair of white Arizona sandals and cuffed jeans in a 1990 editorial.

When Reichert says that fashion is “nothing,” he doesn’t mean it pejoratively. Rather, he means fashion is nothing without manufacturing and Birkenstock is a manufacturing company with three factories in Germany that make 70,000 pairs of shoes every day — aiming to make 100,000 in the near future. He also means that unlike in high-fashion, Birkenstocks aren't designed to win over customers with their looks. 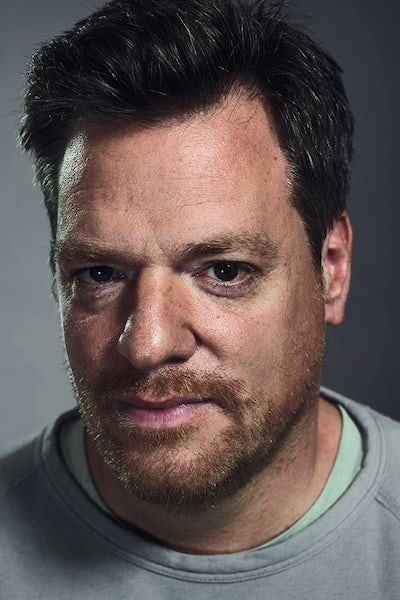 “You will never buy something from Gucci and not like it, but you can always wear a pair of Birkenstocks and hate the shoe,” he explains. “This really is the fundamental difference.”

The footbed, though, will still be the same, even in the new 1774 line. The company turned down Supreme for a collaboration earlier this year and rejected an overture from Marc Jacobs, who proposed a design that tweaked the look of the footbed —  absolute sacrilege in the house of Birkenstock. (When asked about the possibility of altering the footbed, three different Birkenstock employees, including Reichert, responded with laughter.)

Within the fashion crowd, the goal is to grow the brand, Reichert says, through collaborations with big-name designers and emerging creatives alike. That’s also why every new store will be different depending on its local demographic. In Soho, for instance, Birkenstock is working with Brooklyn-based illustrator Amit Greenberg on a limited collection of the Arizona sandals as well as decorations and other activations inside the store on Spring Street.

The company is also planting an extensive retail presence in the US and China. Overall, there could be up to 10 Birkenstock stores in the US, according to Reichert, though chief sales officer Klaus Baumann said five or six. Globally, the company could expand its store count from 47 to 100 or more some day, Reichert adds, “but I don’t want to count.”

Further expansion efforts will be directed in China, where the company currently has three stores. Most of the existing stores are in Europe.

He calls the new stores "light towers": a place to see and interact with the brand, to witness its quality and functionality in person, all the while supporting the multi-brand retailers that still carry Birkenstock. “These family-owned businesses are still the backbone of our brand… They’re doing the brand in there so why should we harm their business in doing our own retail thing next to it?” But the brick-and-mortar retail climate is not what it used to be, and as multi-brand retailers have struggled in recent years, Birkenstock is picking up where they’re leaving off.

And as for the criteria for picking designers for collabs,  Reichert says, “One plus one must equal three.”

“We are not a [base] for stickers... You need to bring something to the table.” Not-so-subtly alluding to Supreme, he adds, “If you just print something on something else, it’s not a form of art.” By opening studios in New York, Paris, Hong Kong and Shanghai, however, Birkenstock hopes that young, fresh talent will to go them directly.

"Fashion can make you forget you paid $3,000 for a plastic bag. That’s shit. It’s a fake,” Reichert says. But the admiration with which he speaks of Owens — “full of craziness and always on edge” — and his eagerness for being in proximity of young creatives, who, according to him, are figuring out that comfort is part of self-expression, counteract any apparent ill will toward the industry.

“When you look at the radical decision of young people now mixing things, creating new styles not coming from Paris or Milan, they’re expressing themselves,” Reichert says. “All of this together is a very vivid thing and creates something that somebody called ‘fashion.’ But in reality it is a form of rebellion, it’s a form of art.”