One year after exiting bankruptcy, J.Crew is unveiling its first major campaign under chief executive Libby Wadle, the head of Madewell who took the reins of the full J.Crew Group last November.

Characterised by a modernised approach to J.Crew staples like blazers and crewneck pullovers, the womenswear collection at the heart of the campaign, dubbed “Make a Scene” and starring Tracee Ellis Ross, is also the official debut of designer Olympia Gayot, J.Crew’s executive vice president of women’s design.

The collection, which hit stores Wednesday, features an extended assortment of cashmere pieces, including classic styles as well as new ribbed offerings, a line of puffer jackets in various colours and prints and plenty of outerwear in the signature tailored style for which J.Crew is known. It’s not a departure from what consumers could find in stores earlier this year or ones before, but Gayot’s inaugural looks come with extra oomph: little details like a surprising lining inside a jacket or extra ruffles on a poplin collar. Her vision also nods to streetwear: loose, cropped trousers and preppy jackets layered over sweats. Everything is designed with a comfort-first mindset, suitable for lounging and for in-person meetings, too. 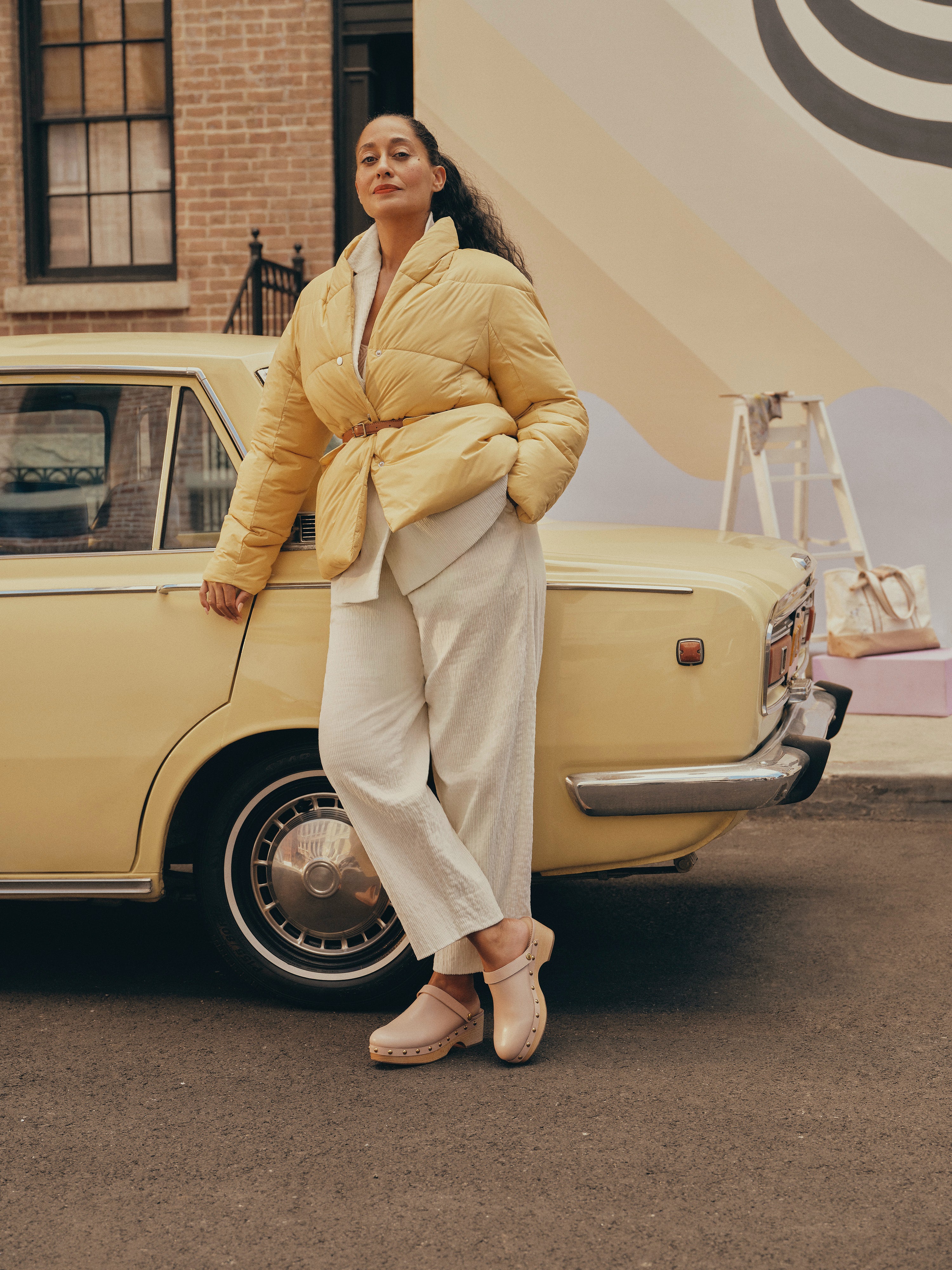 This stylish-yet-not-too-edgy stance seems to signal that the retailer is trying to recapture some of the moxie that garnered J.Crew its popularity in the late 2000s under CEO Mickey Drexler and creative director Jenna Lyons, but without losing sight of the loyal customers who buy Tippi sweaters and the Cece flats again and again. The latter, observers say, was where Drexler and Lyons failed toward the end of their tenure when sales began to slip.

“We have been at our best when we lead with inspirational, creative design and that was what set J.Crew apart, and frankly, where we’ve won,” Wadle told BoF. “And [Gayot’s] new collection breathes new life into classics.” Like Wadle, Gayot resumed her role at the tail end of 2020. She was tapped by then-CEO Jan Singer, who left the company after a nine-month stint during which the pandemic hit and the company was forced to file for Chapter 11 protection. Gayot was no stranger at J.Crew — she was a design director for seven years, but left for Victoria’s Secret in 2017.

It’s been two tumultuous years for J.Crew, also on the heels of a decade defined by stagnant sales. Gayot’s fall collection will be a testament to the vision under this new team of managers. (Wadle tapped streetwear luminary Brendon Babenzien, co-founder of the streetwear brand Noah, to be the head of J.Crew menswear in May. His vision for menswear won’t be revealed until fall 2022, the company said.)

The stakes are high. Finally, through bankruptcy, J.Crew got out from under a mountain of debt, which had accumulated from the $3 billion leveraged buyout from former private equity owners TPG and Leonard Green. Its new owners, a consortium of creditors including Anchorage Capital Group and GSO Capital Partners, closed unprofitable stores and overhauled the c-suite. Under the new regime, merchandising is a top priority. Wadle’s vision aims for a product mix that combines a creative, fashion-forward approach with J.Crew’s tried-and-true preppy formula. Gayot, in her new assortment, has reinvented best-sellers like the cashmere crewneck sweater, adjusting the fit to be looser in the shoulders and shorter in length to better pair with high-waisted jeans. Other updates include elongating the toe of J.Crew’s famous ballet flat for style and comfort, as well as turning the trench coat into two separate styles — one long and lean and the other a trendier, relaxed fit.

If they succeed, Wadle and her team will achieve what their immediate predecessors couldn’t. Singer and West Elm-veteran Jim Brett, who served as CEO from June 2017 to November 2018, as well as former creative director Chris Benz, all fell short of executing a recovery by striking that perfect balance between old and new. In recent years, J.Crew has largely relied on constant promotions rather than compelling products to drive customers to shop. Convincing them to pay full price will be an uphill battle. But if anyone could do it, Wadle would be the one, said Jane Hali, founder of investment research firm Jane Hali & Associates. “She had been with [Drexler] for a long time at the Gap and she did wonderful things at Madewell,” Hali said. “I think [Wadle] has the right vision. The ones before her didn’t.”

Wadle, after all, helmed Madewell through a period of extraordinary growth. And she’s already bringing the startup mindset over to J.Crew.

“I love leading a brand like a growth brand — whether or not you’re a growth brand,” Wadle said. “Coming from Madewell where we had a huge brand awareness opportunity … We’re thinking like that now as a group: to be disruptive, innovative, and [have a] curious mindset.” J.Crew Says Bankruptcy Is the Reset it Needs. But There Actually Has to Be a Reset.