Is Victoria’s Secret Too Big To Fail?

The disgraced lingerie maker still has a firm grip on the market. 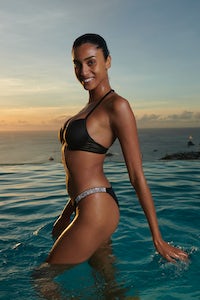 Is Victoria’s Secret Too Big To Fail?

The disgraced lingerie maker still has a firm grip on the market.

Lingerie megabrand Victoria’s Secret is in the news once again. Last week, streaming service Hulu announced that it will air “The Rise and Fall of Victoria’s Secret,” a documentary directed by Matt Tyrnauer — best known in fashion for 2008′s “Valentino: The Last Emperor.” Produced by Peter Berg, a well-known actor and director, the feature will trace the Columbus-based retailer’s mighty pop-culture ascent, as well as its epic, often-shocking decline.

The thing is, the business itself hasn’t actually fallen. While the maker of push-bras and panties has lost a great deal of cultural relevance over the past decade as its leadership refused to acknowledge, and sometimes spit in the face of, changing social mores, its grip on the American consumer remains undeniably strong.

At the top of the pandemic, Victoria’s Secret’s fate was more uncertain than ever. Sycamore Partners, the private equity firm that had agreed to buy a 55 percent stake in the L Brands-owned company, cancelled the deal, leaving behind a business paralysed by the closure of its physical stores due to lockdowns. In the quarter ending in May, North American sales at Victoria’s Secret were $822 million, down about 45 percent from $1.5 billion a year earlier.

Around the same time, Leslie Wexner, the founder and chief executive of L Brands and mastermind behind Victoria’s Secret’s success, stepped down after facing pressure from activist investors who became critical of the company’s culture and increased scrutiny regarding his peculiar, decades-long relationship with convicted sex offender Jeffrey Epstein. With Sycamore’s rescue off the table, L Brands announced intentions to spin the brand off as a standalone company so that the group could focus on Bath & Body Works, its thriving personal care store.

That hasn’t happened yet, though L Brands chief financial officer Stuart Burgdoerfer said last week that it is pursuing a “dual path” for the brand, either looking to spin it off into its own public company or to sell it to someone else. Regardless, the market’s confidence in L Brands continues to grow. Its stock is trading at nearly $52 a share, up from $9.17 in May 2020, after announcing better-than-expected sales for the three months ending in January 2021. Global sales at Victoria’s Secret were still down 15 percent overall in the company’s fourth quarter, but online revenue was up almost 33 percent to $831 million. The results counted as a major victory.

It is hard to imagine that less than a year ago, the world was concerned about [Limited Brands’] liquidity and sought to discard the VS ‘dead weight’ at all costs.

“It is hard to imagine that less than a year ago, the world was concerned about [Limited Brands’] liquidity and sought to discard the VS ‘dead weight’ at all costs,” Simeon Siegel, an analyst at BMO Capital Markets, said in a recent note. “We believe the improvement has only just begun.”

Critics have been calling for the demise of Victoria’s Secret for years, while consumers have often echoed that sentiment online. But in reality, Victoria’s Secret may simply be too big to fail, although the company will need to continue refining its strategy in order to maintain market dominance. 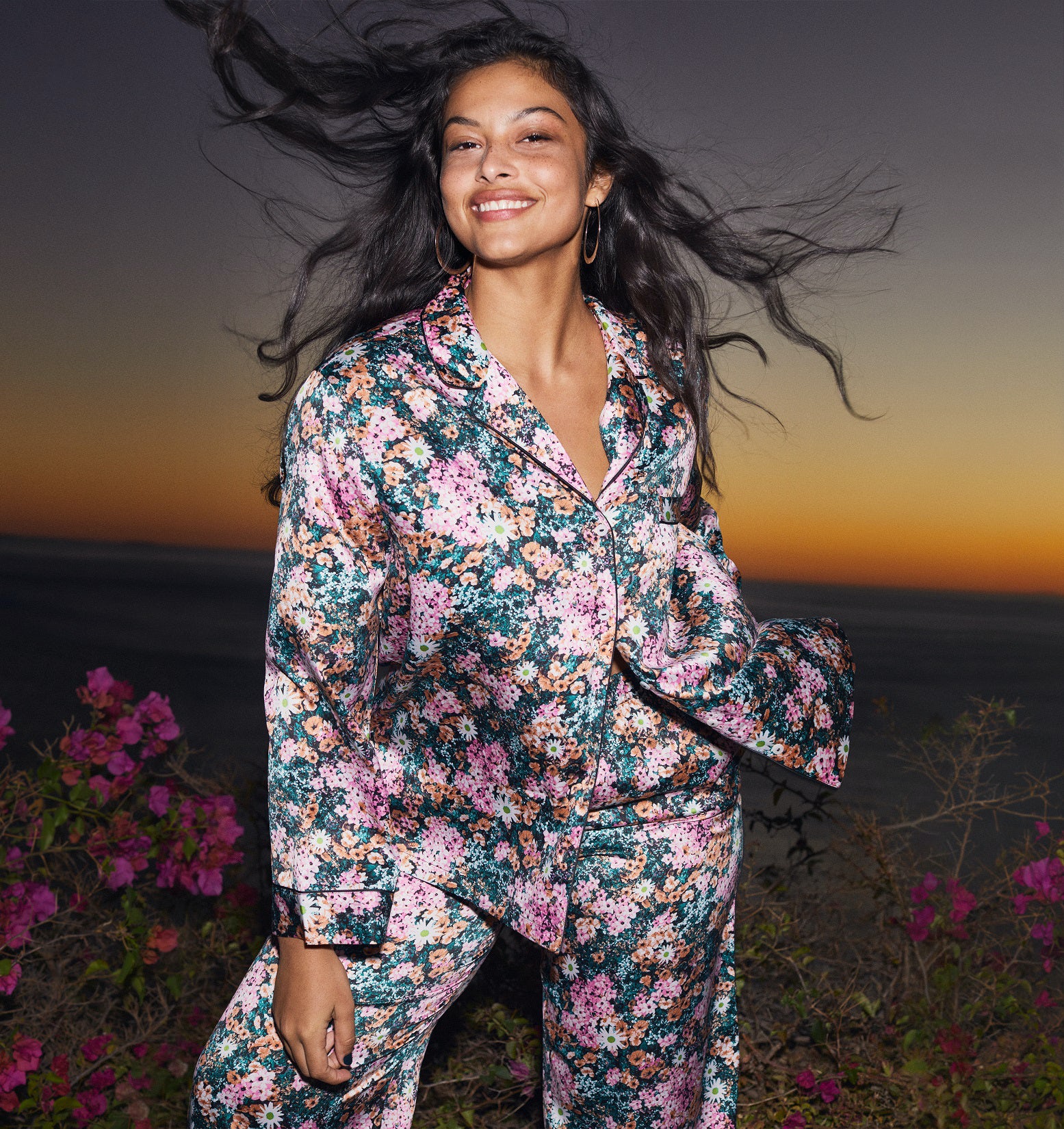 On a recent call with investors, new chief executive (and L Brands veteran) Martin P. Waters laid out a four-pronged approach to improving the overall business: establishing a “happy and healthy” internal culture, making better product, adopting a “digital-first” approach to sales and repositioning the brand to better reflect reality.

That calculated risk has paid off, as net income rose to $845 million in 2020, up from a loss of $366 million in 2018. Some analysts believe that Victoria’s Secret needed to right-size in order to escape the markdown cycle. (For years, the brand marketed its semi-annual sale as a special event, but that lost cache as discounts became more common.) While better margins are important to investors, Victoria’s Secret will have to find other growth avenues, most likely online and through its international business. 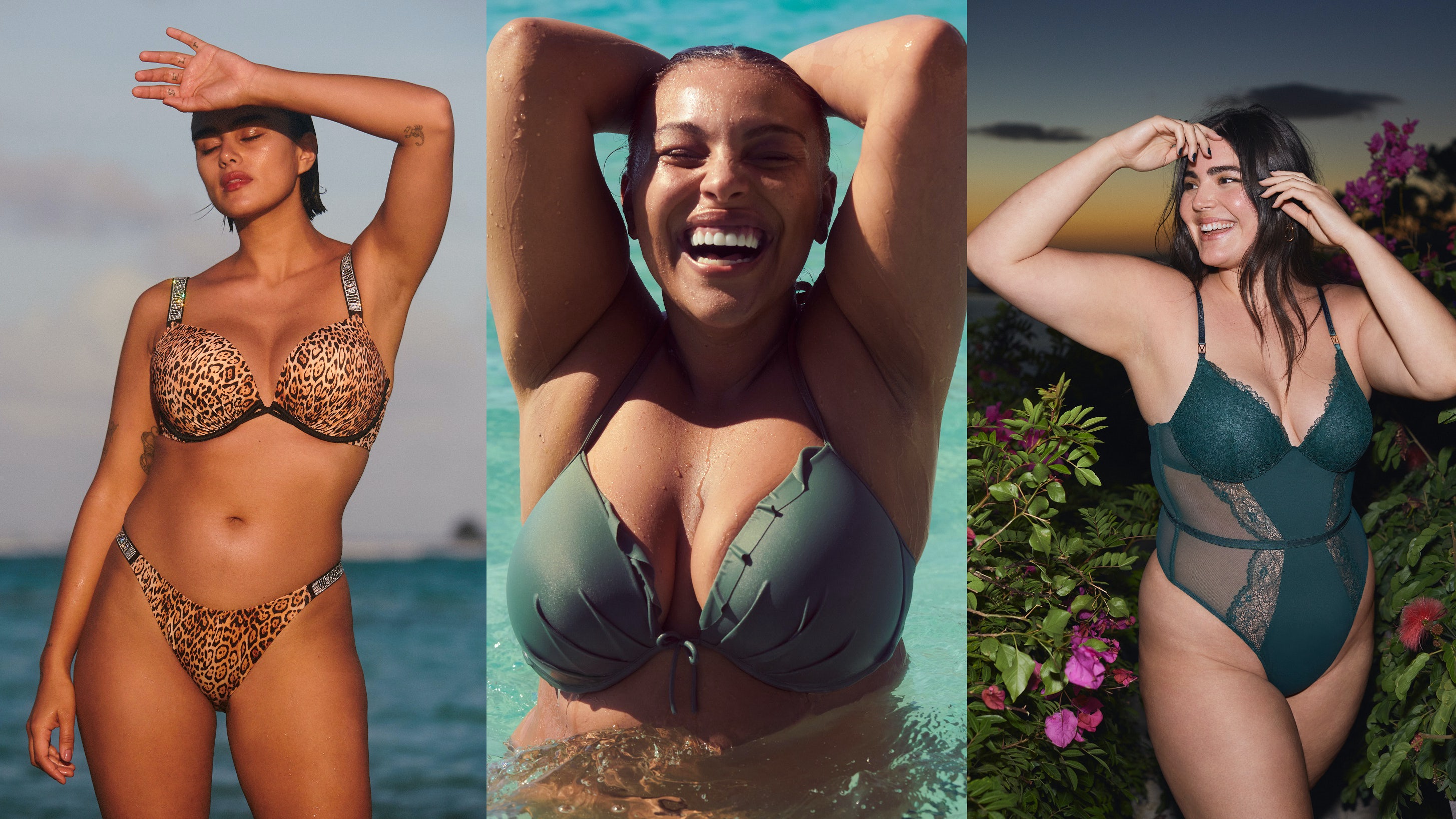 “Less is more when more causes promotions,” Siegel told BoF. “Revenues are a measure of consumer buy-in, gross margin is a measure of external brand perception.”

The rise in competition does not equal the fall of Victoria’s Secret. The success of American Eagle’s lingerie vehicle Aerie, which surpassed $1 billion in 2020, has been positioned as a direct threat to Victoria’s Secret’s market dominance in the US. Aerie differentiated itself by selling a body-positive, relaxed vision of beauty, reliant upon comfortable wireless bras strikingly different from the padded, rigidly constructed underwire push-ups that made Victoria’s Secret famous. A crop of venture capital-funded upstarts — most notably Kim Kardashian’s Skims and Rihanna’s Savage x Fenty — are also nibbling at market share. And more significantly, consumer conversation.

However, this is not the first time Victoria’s Secret has faced serious competition. In the early 1990s, Gap, Inc., developed GapBody as an antidote to Victoria Secret’s sexed-up aesthetic. But instead of replacing Victoria’s Secret, it simply expanded the market. Today, it’s much easier to reach and attract specific consumer segments that still represent a good percentage of the population. In 2020, as sales plummeted, Victoria’s Secret remained the 5th biggest apparel brand — not lingerie brand — in the US in terms of retail value, down from 2nd place in 2015, according to Euromonitor. Aerie’s ranking is climbing, but it’s still only 28, up from 67 in 2013.

“I don’t know if one key competitor at the moment is going to swoop in and steal share,” said Tiffany Hogan, an analyst at Kantar retail. She compared lingerie to the beer industry, where niche craft beers have become more popular, but Anheuser-Busch InBev — the owner of mainstream beer brands including Budweiser, Stella Artois and Corona — remains a major player despite the fact that it is no longer the only option. While the conglomerate’s margins were squeezed in 2020, its profits were still higher than expected, and it expects sales to grow this year.

So while Victoria’s Secret may no longer be the only one, it could take decades for it to be truly disrupted — especially given how difficult it is to engineer a bra to fit. The brand changed the lingerie game in the 1980s because it disrupted the retail model, taking underwear shopping out of department stores and into specialty stores. In order for Victoria’s Secret to be unseated, the way in which underwear is bought and sold — not just marketed — will need to be transformed once again.

Consumers don’t necessarily vote with their dollars. Victoria’s Secret’s unwillingness to change its message, from the discriminatory comments made by former chief marketing officer Ed Razek in 2018 to the lack of diversity in its messaging prior to the exits of Razek and Wexner, has hurt the brand’s value in the eyes of many consumers. The recent hiring of Condé Nast’s Raúl Martinez as head creative director shows that the executives now running the company, despite being longtime deputies of Wexner, understand that inclusive advertising and marketing are now table stakes.

“It’s not a revolution, it’s what is now expected of them,” Hogan said.

But even if the brand doesn’t evolve as much as its critics believe it should, there are plenty of consumers who don’t seem to mind: and will continue buying the product because they believe it’s the best option, both in terms of style and value. As recently as 2018, Victoria’s Secret landed atop a sentiment survey published by Condé Nast and Goldman Sachs as the most beloved brand for Millennials and Gen Z.

They might not even agree with things that happened internally—but it’s still their brand.

“Victoria’s Secret has a history of knowing how to construct a good bra,” she said. “Consumers become loyal to brands. They might not even agree with things that happened internally—but it’s still their brand. If Victoria’s Secret maintains that core base, they will continue to be a big player.”

Rise of the Zombie Retailers

The Inner Workings of Victoria’s Secret: A Chairman and His Circle