Benz started his career at the specialty retailer in 2005.

Chris Benz, best known for his namesake ready-to-wear label, has been tapped by the struggling retailer to lead design for both womenswear and Crewcuts, the kid’s brand. He’s joining from Bill Blass, where he has been creative director since 2015.

Chief design officer Johanna Uurasjarvi, who was brought in by former chief executive Jim Brett, has left the J.Crew Group. Benz will report to the interim leadership team in the office of the CEO while the company, which also owns Madewell, continues its search for a chief executive. (Talks with former Ralph Lauren chief executive Stefan Larsson are said to be ongoing.)

Current head of men’s design, Dan Winkworth, will continue in that role. He also reports to the leadership team. 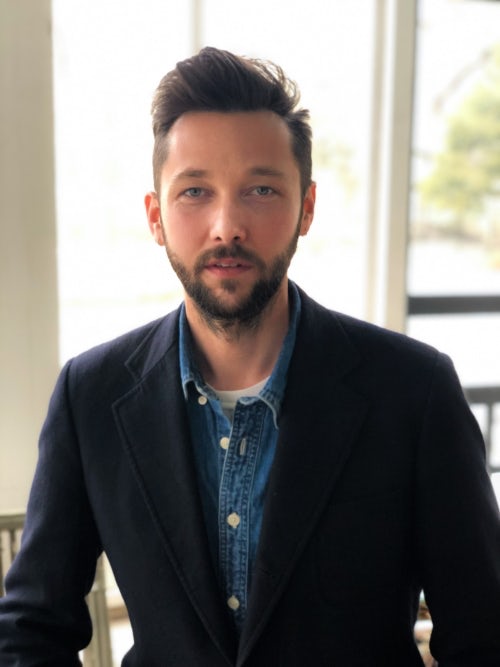 The appointment of Benz is something of a homecoming. The designer’s graduate collection for Parsons School of Design put him on New York Fashion's radar, but instead of launching his label straight out of school, he took a job at J.Crew instead, designing under then-creative director Jenna Lyons from 2005 until the middle of 2006. (He launched his own line in 2007 and closed it in 2012.)

“J.Crew is where I started my career and I have always loved the inspired mix of things – color and pattern, texture and quality – that defines it,” Benz said in a statement to BoF. “I look forward to innovating on the brand’s essential classics to create an eclectic American style that is both polished and unique, and revives J.Crew as a destination where everyone can find something special.”

Hiring Benz during an executive leadership search signals that J.Crew is wasting no time in undoing the work of Brett, whose management style did not sit well with long-term employees. Brett instituted many changes at once — rolling out new brands at a steady clip, launching a marketplace for independent retailers, creating a lower-priced basics line sold on Amazon — while continuing to push promotions to drive sales at a time when many of J.Crew's competitors are trying to move away from rampant discounting.

While Brett’s changes helped to improve numbers, pushback from the board, including then-chairman (and former-chief executive) Millard “Mickey” Drexler, resulted in his exit in November 2018. (He was replaced by a four-person interim leadership team, including chief operating officer Michael Nicholson, chief experience officer Adam Brotman, chief administrative officer Lynda Markoe and Libby Wadle, president of the Madewell brand.)

According to sources familiar with the business, the management team began searching for a replacement for Uurasjarvi shortly after Brett’s exit. Sub-brands rolled out during Brett's tenure, including the lower-priced Mercantile line and Nevereven, have been discontinued.

In January 2019, it was announced that Drexler would retire from the board (although he still owns 10 percent of the company). Next, BoF reported that the company was in talks with Stefan Larsson to assume the CEO role. Larsson's turnaround efforts at Ralph Lauren and Gap, Inc.-owned Old Navy have been lauded by industry insiders and investors.

Installing Benz, a well-known industry personality with a distinctive fashion point-of-view, suggests that the company is looking to capture some of the magic of the Lyons-Drexler boom years. Much like Lyons, Benz’s designs can feel idiosyncratic at times but are almost always rooted in classic preppy style — balanced out with a little bit of humour.

“We are thrilled to welcome Chris back,” Markoe said. “His creative aesthetic and refined perspective on the brand is the perfect complement to the heritage of J.Crew and will allow him to evolve our women’s collection in a way that is authentic and relevant.”

Of course, Benz and whoever becomes his business-side partner — whether it's Larsson or somebody else — have a lot of work ahead of them. While the company was able to negotiate with creditors to push back the maturity of $566.5 million in debt from 2019 to 2021, it was still operating at a narrow loss as of the third quarter of its 2018 fiscal year. J.Crew has yet to share its fiscal 2018 full-year results.

J.Crew Must Die to Live