How times have changed. In recent years, the company has suffered from poor business performance and the departure of key talent. In June, after almost three years of declining sales, Drexler stepped down as chief executive after 14 years at the company. Drexler remains J.Crew’s chairman, but the move — coming shortly after the departure of 25-year company veteran Lyons and head of menswear design Frank Muytjens — signalled the end of an era.

In its 2016 fiscal year, net sales at J.Crew were down 6 percent to roughly $2 billion. Sales at stores open at least one year were down 8 percent. In the first half of 2017, the bleeding continued with sales down 9 percent to $871.6 million. And this week, the leadership shuffle continued with the unexpected resignation of chief design officer Somsack Sikhounmuong, another member of J.Crew’s old guard who joined the company back in 2001 and had more recently been drafted to take over Lyons’ design duties on men’s, women’s and children’s product after her exit.

Certainly, some of J.Crew’s woes were self-inflicted. For a while, consumers ate up the company’s pencil skirts, patterned fabrics and ankle-baring pants. But the company got flack for becoming too high fashion, alienating core customers with more directional styles and higher prices. Together with quality concerns, this created the perception amongst some consumers that J.Crew was no longer good value for money. As full-price sales fell, the company became over-reliant on discounting. Then there was the company’s bloated retail network.

Critically J.Crew was also too slow to adapt to a fast-changing retail landscape. In recent years, the label has come under intense pressure from fast fashion giants with category-led product development strategies and sophisticated, technology-driven supply chains that enable greater speed and flexibility, making them more responsive to consumer demand and boosting overall productivity. Indeed, a month after his departure, Drexler admitted to The Wall Street Journal that he was slow to see how quickly new technology was changing the business of fashion.

Now, J.Crew’s new CEO, James Brett — who has previously held positions at Anthropologie and was once the chief merchandising officer of Urban Outfitters — is betting that greater emphasis on accessible pricing, category-led product development, data, and a more nimble supply chain will be J.Crew’s salvation, mimicking the approach of its fast fashion competitors. Importantly, these companies don’t do traditional collections. There is never one big idea for the season. Rather, their approach is more about creating product for a range of perennial categories, like workwear, bohemian or rocker.

The company has characterised Sikhounmuong’s departure as a personal choice, but according to sources, J.Crew’s shift away from a design-led strategy was at least part of the reason for the move. The company is not showing at New York Fashion Week for the first time in many seasons and has no plans to replace Sikhounmuong. (Lyons, too, who was said to be staying on as a creative advisor until the end of her contract in December 2017, is no longer working with the brand).

As part of the shift, Brett has brought on new talent, including Geren Lockhart as executive vice president of marketplace and emerging brands. The advertising executive-turned-designer previously ran contemporary label Geren Ford and designed a line for Urban Outfitters in 2008 when Brett was chief merchandising officer. Brett has also hired Steven Alan, who is consulting on menswear. (Alan also did a collaboration with Urban Outfitters when Brett was at the company).

Amid wider retail pain, there are some early signs that a similar pivot was working at Urban Outfitters, but the company has since suffered a few poor quarters. “While we are disappointed in our second quarter performance, we have a number of initiatives underway including: speed to customer, international growth, wholesale expansion and digital investments. We believe these initiatives combined with encouraging fashion apparel trends could lead to improved top-line performance,” said executive Richard A. Hayne in a statement last month.

If the strategy isn’t working at Urban Outfitters, why would it work at J.Crew? And even if the approach has theoretical potential, completely reengineering J.Crew’s design process and supply chain is a massive transformation that will surely take years to execute. What’s more, as the company shifts away from a design-led approach, there are sure to be further implications for creative talent, who may not wish to work in this way. Clearly, there are many questions for J.Crew to answer.

LVMH & Kering join forces on models’ charter. “The Charter on the Working Relationships with Fashion Models and Their Well-Being” is the first time that the rival luxury conglomerates have united to implement regulations within the fashion industry. It includes a commitment to ban clothing sizes 32 for women and 42 for men. The initiative was spearheaded by casting director James Scully, who captured the attention of the fashion industry with a powerful talk about the abuse of models at BoF’s VOICES gathering in December.

Prada struggles to halt sales declines. The Italian house reported first-half profits missed analysts’ estimates and warned that its turnaround plan may take longer than expected. Net income fell 18 percent to €115.7 million ($140 million) in the six months through July; analysts had predicted €143 million ($172 million), according to data compiled by Bloomberg. Revenue dropped 5.7 percent. The results come after the Milan-based brand embarked on a wave of store closures in 2016 as profit fell to its lowest level since its 2011 initial stock sale.

Gap Inc. shifts focus towards Old Navy and Athleta. Within the next three years, the group will close around 200 Gap and Banana Republic stores, and open 270 Athleta and Old Navy stores within the same period. Following a 5 percent rise in Gap Inc. shares, the company will focus its attention on boosting profits at Old Navy, which has performed well despite declining sales at Banana Republic and Gap. The San Francisco-based company has predicted that Old Navy will hit $10 billion in sales within the next few years.

Consolidation is de rigueur with major fashion PR firms. Fashion PR agency Karla Otto — which maintains eight international offices and clients such as Givenchy, Valentino and Marni — has announced a merger with K2, the Paris and Shanghai-based marketing and events agency. The two groups will work under the umbrella entity The Independents, while continuing to manage existing clients under their own names. The move comes as part of a strategy to offer a more integrated approach to PR, events and marketing, with the intention of acquiring additional agencies in the future. Meanwhile, London’s Modus Publicity and BPCM London, the UK division of New York based BPCM, are merging to become ModusBPCM in order to better serve clients on both sides of the Atlantic. 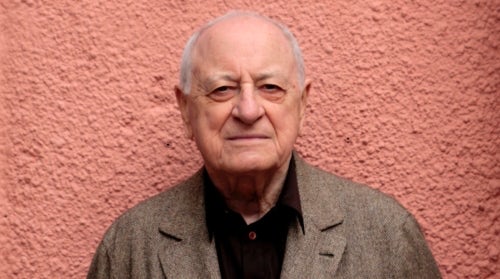 Pierre Bergé Dies at 86. The French businessman and art patron — who co-founded the Yves Saint Laurent fashion house in 1961— died at his country home in St-Rémy-de-Provence in southern France following a long illness. François-Henri Pinault, chairman and chief executive of Kering paid homage to Bergé, describing him as "a great patron, a creative and passionate businessman, and a defender of noble and universal causes"; Bernard Arnault, chairman and chief executive of LVMH, said he was “deeply saddened” by Bergé's passing.

Kanye West reportedly cancels Yeezy New York Fashion Week show. An email sent by a representative for Redken, the beauty brand due to work on the show originally scheduled for September 13, said the presentation had been cancelled. Adidas later issued a statement that said: "No announcements regarding a Yeezy Season 6 presentation have been made by West Brands, Kanye West, or Adidas. Any information being reported at this time is merely speculation." Kanye West debuted the Adidas-backed Yeezy brand in February 2015, and it seemed to be enjoying commercial success; a source told BoF in February 2017 that wholesale orders for Season 4 were the largest to date.

Graydon Carter steps down as Vanity Fair editor. Condé Nast announced Thursday that Carter would be stepping down from his role after 25 years. The editor will stay on long enough to oversee the planning of the 2018 edition of Vanity Fair’s Hollywood Issue, the magazine’s annual triple-gatefold-cover extravaganza that he established in 1995. Carter, 68, said that he was eager for a “third act”, but has not yet confirmed his next move.

SMCP’s Maje appoints Isabelle Guichot as CEO. The former president and chief executive of Balenciaga will join the SMCP group on September 18. She served at the Balenciaga helm from 2007 until her departure from the house last year, when she was succeeded by Cédric Charbit; prior to that she held chief executive positions at Van Cleef & Arpels, Lancel and Sergio Rossi.

Sylvie Colin Named Kenzo CEO. LVMH has tapped the former Maje chief executive to lead Kenzo. She succeeds Eric Marechalle, who confirmed he was leaving the brand to helm Marc Jacobs in July, and begins his chief executive role next month. Colin will join the company on September 25, reporting directly to LVMH chairman and chief executive Pierre-Yves Roussel.

Scooter Braun invests in Editorialist. The website’s luxury content-and-commerce business joins the music entrepreneur’s growing list of investments under Ithaca Ventures. Editorialist, founded by Kate Davidson Hudson and Stefania Allen, saw revenue grow 14 percent year-over-year in 2017 and advertising revenue increase by 114 percent. The figures, amid the failure of high-profile e-commerce ventures, has attracted Braun, best known for crafting Justin Bieber’s lucrative career, who is contributing an undisclosed amount to a third round of funding.

Facebook tests new business tools to monetise Whatsapp. The app is testing features that enable users to communicate with businesses, in a bid to capitalise on the messaging service with over a billion daily users. The pilot program features a green badge next to a verified business contact, and is reportedly a potential source of revenue for Whatsapp, which was acquired by Facebook for $22 billion in 2014.

Shopbop gets a brand revamp. As Amazon ramps up its fashion focus, the luxury fashion site owned by the e-commerce giant relaunched with a new logo after undergoing a redesign. The platform will play host to more editorial content, as well as engagement-driving tools like product recommendation suggestions, improved navigation and a loyalty programme. The reimagined Shopbop also plays into Amazon’s longer-term strategy of conquering the fashion market. The online retail giant acquired Shopbop in 2006, allowing it to establish a presence within the luxury sector.

Kohl’s teams up with Amazon to drive store traffic. The 1,000-square-foot in-store concept, called the Amazon Smart Home Experience, will launch next month in 10 Kohl’s locations. Gadgets like Amazon’s Echo voice-activated device and the Fire tablet will be available, in a bid to drive traffic as the department store industry struggles. The move saw Kohl’s shares bump up by 3.1 percent to $41.63, after stock was down 18 percent this year.