MOSCOW, Russia — Since its 2009 launch, Moscow-based concept store Kuznetsky Most 20 (KM20) has been at the forefront of the “Post-Soviet” fashion movement, which in the past three years has attracted a cult-like following with its Cyrillic typography, oversized fits and uniform-like workwear. 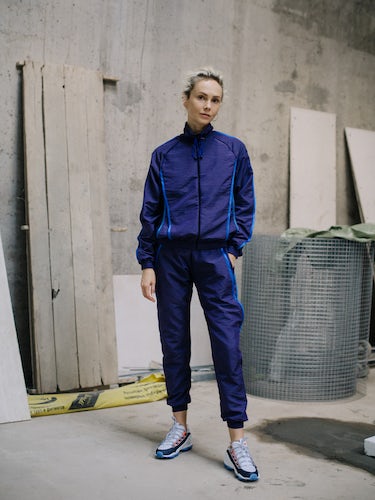 Founded by street style star Olga Karput when she was just 25 — and backed by investment from her husband, a Korean businessman — KM20 is credited for bringing international brands including J.W. Anderson, Raf Simons and Yeezy into Russia, while being an early advocate for local designers including Gosha Rubchinskiy, Vika Gazinskaya, Nina Donnis and Tigran Avetisyan.

Now, with sales increasing 20 percent year-on-year since its inception, the multi-brand boutique is moving into a four-storey building that at 2,500-square metres is six times bigger than its original store. “We’ve been growing quite fast for the past few years [and] realised that we couldn’t squeeze in everything we wanted to buy,” says Karput, whose new space is located in Moscow’s popular Stoleshnikov shopping district.

“What we created in the new KM20 is quite an experience… There’s a proper Alice in Wonderland vibe with this location,” says Karput, referring to the store’s set-up, which includes an eight-metre high ceiling illuminated by rows of windows.

On KM20’s ground floor, shoppers will find a wide selection of popular streetwear and beauty brands, magazines and gadgets. The first floor houses a mix of established and emerging brands, while a restaurant and café overlooking the city centre sits one floor up. Its parking garage will serve as an experiential space hosting temporary exhibitions, product launches and parties, helping to solidify KM20’s authoritative voice in Moscow’s underground fashion scene. 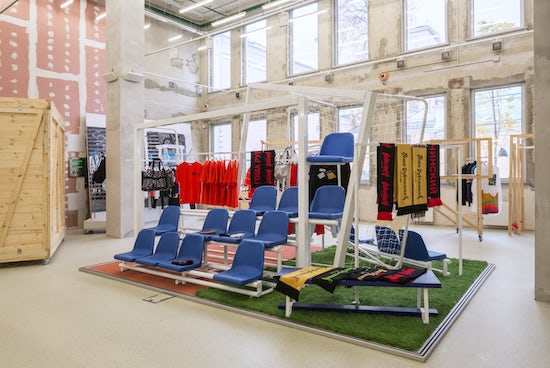 For its launch, KM20 has teamed up with 14 brands on exclusive capsule collections, which will roll out on a weekly basis throughout the remainder of the year. The “Collaboration Festival” kicks off with Gosha Rubchinskiy, who has created exclusive products and a football-inspired installation using real parts from popular Russian football club Lokomotiv’s stadium, followed by Off-White’s Virgil Abloh, who has recreated an antique temple to showcase his capsule, aptly named “TEMPORARY”.

“We [also] asked a few designers to think ‘inside the box’ and customise the insides of huge wooden boxes normally used to ship art from one exhibition to another,” explains Karput, who enlisted the likes of Raf Simons, Jacquemus and Dries van Noten to participate. “There is the ambition for us to be a global concept store… As for designer collaborations, this is how, I think, we stand out at the moment.”

The Cynical Realism of Demna, Gosha and Lotta