Danielle Bernstein Made Macy’s Millions in Just a Day — Will the Magic Last?

The influencer’s new brand for the department store chain did over $2.5 million in sales in its first day, the retailer told BoF. It’s a good sign for Macy’s, which needs to attract younger customers, and Bernstein, who wants to expand beyond contemporary and into the mass market.

Danielle Bernstein Made Macy’s Millions in Just a Day — Will the Magic Last?

The influencer’s new brand for the department store chain did over $2.5 million in sales in its first day, the retailer told BoF. It’s a good sign for Macy’s, which needs to attract younger customers, and Bernstein, who wants to expand beyond contemporary and into the mass market.

NEW YORK, United States — Macy’s doesn’t normally carry women’s three-piece suits that include a crop top, or many of the other styles in Danielle Bernstein’s new namesake brand, which launched online and in 175 of the retailer’s department stores last week. That’s kind of the point.

It’s an experiment for the retailer as well. Macy’s sells plenty of women’s suits already, mostly “career looks” like conservative blazers, white blouses and “modern trousers.” By contrast, Bernstein’s trend-driven separates include a “barely there” top that, at less than six inches long, is basically a bandeau bra with straps, meant to be worn under one of the influencer’s ruched-sleeved blazers. The 48-piece collection also includes puff sleeve cardigans, dresses, tops and bodysuits, with many items priced near the upper limit of Macy’s core offerings, including the $99 blazer.

Customers liked what they saw: Within two hours of going live on the retailer’s website, the Danielle Bernstein line surpassed $1 million in sales, according to Han. In 24 hours, this number totalled over $2.5 million, with a majority of sales online.

Macy’s could use some buzz right about now. Its parent company's revenue fell two percent last year, to $24.6 billion, and the department store announced in February it would close 125 stores. Many of the items Macy’s carries are available on Amazon, often at lower prices, and the department store has struggled to attract brands that will draw customers, particularly younger ones, back to its stores and onto its website.

Partnering with the 27-year-old Bernstein is the latest effort to modernise by Macy’s, in the midst of a three-year turnaround plan. Last fall, Macy’s collaborated with another influencer, former Bachelor contestant Becca Tilley, who released a collection with Bar III, a Macy’s private label. Concept store Market by Macy’s, which opened in Southlake, Texas in February, has an elevated design and curated selection of apparel, lifestyle and beauty products. The new format was co-created with Rachel Shechtman, founder of experiential retailer Story that was acquired by Macy’s in 2018. 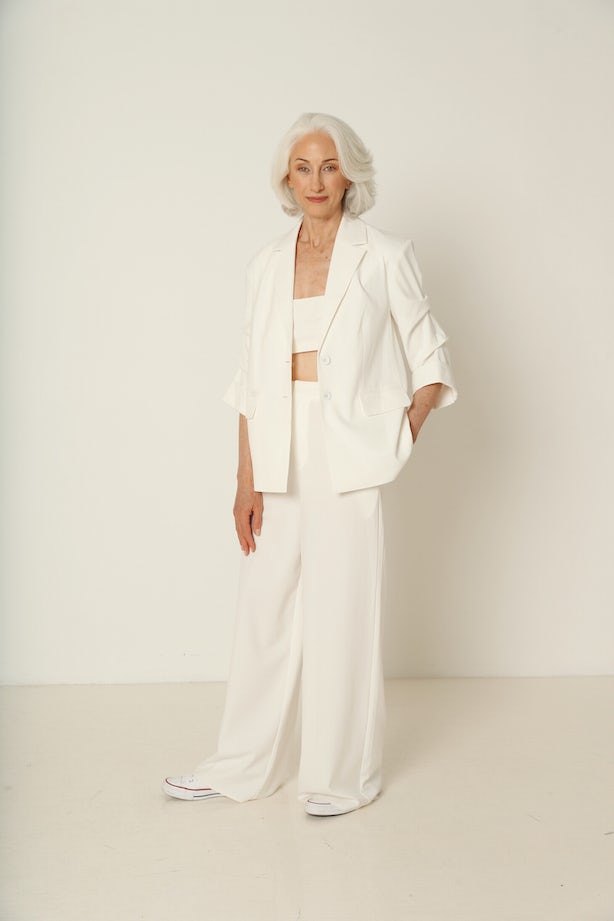 “They’re almost building a bunch of start-ups within their huge machine and dropping ideas and seeing which one of these sticks,” said Andrea Szasz, a principal in the consumer practice at Kearney, a global consulting firm.

She said the retailer could successfully attract and retain Gen Z customers.

"[Young customers] today are rather open, so there is no 'Macy's is the old people’s store, I would never step foot in here,'" she said. "If they do something interesting, they will check it out."

Influencer-backed lines can be risky — there are no guarantees followers who like an Instagram star’s posts will also buy their clothes. Bernstein, however, is a proven earner. Her swimsuit collaboration with Onia generated $2 million in sales on its launch day last May (the line was spun out into a standalone swim brand six months later).

Bernstein credits the initial success of her Onia line to strategic teasing and promotion of new products in the run-up to launch. She let followers give input on design and offered “insider” access by sharing line sheets that normally only a retailer would have access to.

She said she followed a similar strategy with Macy’s, teasing the line starting last month.

The mass price point – a T-shirt bodysuit costs $39 – is a departure for the influencer, whose clothes have tended to fall squarely in the contemporary space. Her line under the WeWoreWhat brand, named for the blog Bernstein started almost a decade ago, has a higher price point, with a linen jumpsuit costing over $200. A cover-up set, which includes a top (that’s both cropped and puff-sleeved) and matching shorts, retails for $340.

“A lot of [followers] found that the price point was too high on my swim or my cover-ups,” she said.

Bernstein also owns the new brand. It’s not a licensing deal, she explained, which has been the go-to way for influencers to structure their apparel lines with big-name retailers, from Rachel Parcell with Nordstrom to Aimee Song with Revolve.

Speaking to two different audiences can be difficult. Bernstein is in good company at Macy’s, where brands from Ralph Lauren to Calvin Klein sell affordable fashion even as they pursue wealthier customers elsewhere (albeit on a much larger scale). However, those labels and others have tried to reduce their dependence on diffusion lines as mid-priced department stores have faltered in recent years, with mixed results.

As an influencer with millions of Instagram followers, Bernstein is also closely identified with both her contemporary lines, which carries its own risks. Customers of the more-elevated brand may not want to be associated with mass-market designs.

Bernstein said she is following a category-specific strategy — you won’t find swim at Macy’s and you won’t find separates in her swim or overall collections. So far, Bernstein has demonstrated the ability to sell $49 tank tops just as successfully as items that cost five times as much. She’s also adhering to a traditional fashion calendar for new releases, rather than the monthly or weekly drops that are the norm with influencer lines.

Time will tell whether she can maintain that early momentum, or scale her brands. The influencer has a one-year exclusivity arrangement with Macy’s, after which she can sell her clothes anywhere.

Editor's Note: This story was altered on 12 March 2020 to reflect updated sales figures.

How to Launch an Influencer Brand in 2020