LONDON, United Kingdom — Harrods may be the largest upscale department store in Great Britain, taking up a full block of London’s Knightsbridge neighbourhood, but in a rapidly changing retail landscape where experience, newness and digitisation are key, its stuffy take on luxury is looking outdated.

So Harrods is playing catch-up in an effort to maintain its status as a mecca for the mega-rich, kicked off by a £300 million, three-year redevelopment, the largest capital expenditure in its history. There’s a new experiential beauty hall, a revamped menswear floor that adds 50 percent extra space, new fine jewellery and watches halls and four refurbished food halls — all designed to target the next generation of luxury shoppers. The wealthy ones, that is.

“We want to make sure, for that top-level customer, we give them [the] most excellent service, the most amazing product, in the best environment anywhere in the world,” Harrods Managing Director Michael Ward said in his office atop the six-storey, one million square foot store. The company’s VIP customers have 150 personal shoppers to cater to their every whim — tourists visiting the food hall are less of a priority.

Harrods’ focus on the future comes as department stores globally face a challenging retail landscape. UK department stores sales dropped 2 percent in the third quarter (the biggest decline since the first three months of 2009, when Britain was mired in recession). It’s a similarly tough environment for US rivals like Saks, Nordstrom and Bergdorf Goodman, who have also invested heavily in splashy renovations and taken risks on new models like rental pop-ups. (Some have gone bankrupt along the way, including fashion industry favourite Barneys New York.)

Keeping its ultra high-net-worth customers happy has been a long-standing mission for Harrods, resulting in 10 years of consecutive sales growth. In 2018, annual revenue hit £868.6 million ($1.2 billion), although profits were down 3 percent to £171.6 million ($229 million). (Profits were impacted by increased costs attributed to the renovation.) 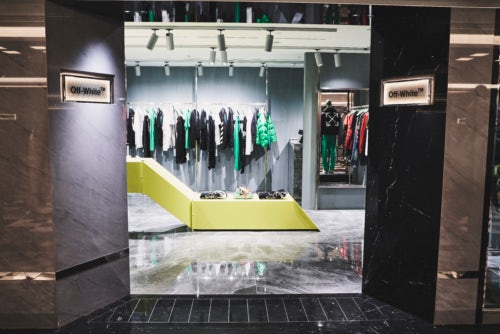 But the last decade is just a short chapter in Harrods’ history book. The store has served the upper echelons of society since 1849, and tales of Harrods’ famously wealthy clientele are etched in folklore. Oscar Wilde ran a tab there, lion cubs used to be sold in the exotic pet store and, following the death of Princess Diana and Dodi Fayed in 1997, eccentric ex-owner Mohammed Al Fayed installed a memorial that became a popular tourist attraction.

Under the ownership of Egyptian billionaire Al Fayed, Harrods began to struggle. In the 1990s, the building was tired and underinvested, and rivals Selfridges and neighbouring Harvey Nichols quickly took market share with a more contemporary look and offer. By 2000, profits tumbled 50 percent to £20.2 million ($26.6 million).

Sales began to improve over the next decade as Al Fayed homed in on Harrods’ uber-wealthy customers (both domestic and those from China and the Middle East) and their penchant for prestige brands across lifestyle categories, from Dior tableware to Loro Piana childrenswear.

In 2010, Qatar’s sovereign wealth fund stepped in with a £1.5 billion takeover ($2 billion) to become the store’s fifth owner. While widely seen as a “trophy” asset, it has yielded a £125 million ($167 million) annual dividend for the near-decade of ownership. Former Qatari Prime Minister Sheikh Hamad bin Jassim bin Jaber Al Thani is still a director, but the owners have little involvement and Ward, who joined in 2006, has been tasked with running the business.

“The underlying values, and all the things that made Harrods — whether it was customer or staff — nothing changed, so actually [the Qatari ownership] made no difference,” he said.

Of course, the business has evolved under their ownership. Like many of its competitors, Harrods has wooed the booming Chinese luxury consumer, now its largest customer demographic. The retailer is currently planning its first “residence” in the mainland, set to open next year. The permanent, invitation-only shopping space in Shanghai will cater to several hundred private clients, but it’s a small move at just 5,000 square feet and will hold no inventory.

Since the advent of e-commerce, retailers have tried a host of tricks to get shoppers back into their stores. As rivals like Selfridges have turned to pop-ups, cinemas and fresh new brands to build excitement and lure younger shoppers, Harrods has stuck with its traditional model of in-store luxury brand concessions.

“What is important is a unique and exclusive product, because newness is lovely but the growth is coming in really strong power brands and that is what that elite customer wants,” Ward says. “It’s not about newness....”

While Selfridges remodelled to give visibility across brands — with fewer physical barriers between shop-in-shops and concession stands — Harrods allows each brand to outfit its shop-in-shop, leaving the overall customer experience relatively disjointed.

While Ward argues Harrods is not about “newness,” the exception is its new 90,000 square-foot beauty hall. As the biggest seller of beauty products in the UK, with 9.3 percent market share according to The NPD Group, Harrods’ has expanded both in footprint and product offering, a move it hopes will attract younger shoppers.

There’s a skincare hall with “clean” brands, young, on-trend ranges like La Bouche Rouge vegan lipsticks, 13 in-store treatment rooms and an auditorium for masterclass demonstrations by makeup artists — including Charlotte Tilbury and Christian Dior’s Peter Phillips — that will be broadcast to Harrods’ 1.5 million Instagram followers starting next year. It’s the most experiential part of the renovation and according to Beauty Director Annalise Fard, has already “exceeded expectations.”

While Harrods has differentiated itself from competitors by not opening other outposts, aside from a handful of airport concessions with Harrods-branded merchandise, it is expanding its beauty footprint by opening two H Beauty concept stores outside London. The aim, Fard said, is to fill the “white space” that the closure of mid-range UK department stores Debenhams and House of Fraser have left. Still, analysts have reacted sceptically to the glitz-free suburban locations. 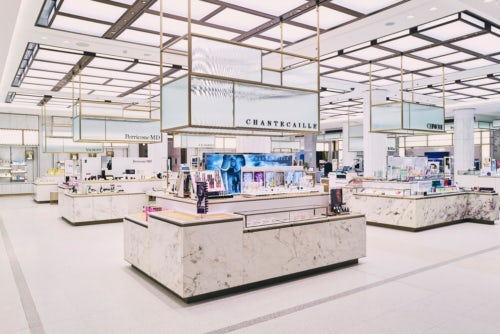 Also set for an update is Harrods’ website, which will relaunch next year in partnership with Farfetch, adopting an “e-concession” approach. Brands will provide the products, prices, photography and fulfilment and Harrods will be the conduit. The store’s editorial team has been bulked up to build online content.

Harrods won’t break out digital sales, although Ward does concede the pre-existing site “isn’t something we are proud of.” The retailer was reluctant to invest in e-commerce technology itself, but catering to a young luxury audience needs better digital communication and an engaging online offering is vital.

Ward said Harrods is “over-indexed on millennial customers” without providing figures, and added that social media “noise” isn’t important to the store because they are interested in focusing on the very wealthy, not mass market.

That may be fine for now, but questions remain if Harrods is doing enough to attract the next generation of luxury shoppers. While it shouldn’t be going after the same Gen-Z cool as Selfridges, argued British retail consultant Richard Hyman, “they do need to have a younger feel about them. It’s rather middle-aged and a bit safe.”

Department stores all over the world offer the same brands, Hyman added, so the challenge is in making the shopping experience stand out.

“In my opinion, it is the biggest retail brand in the world,” he said. “Harrods really is unique, it’s just their ambitions are very modest.”

Editor's Note: This article was revised on December 16, 2019. An earlier version of this article stated that Farfetch runs the Harvey Nichols website. That is incorrect. Harvey Nichols has a strategic partnership with Farfetch, where it sells its stock but Farfetch does not run its website.

Could a Department Store Take on Sephora?

In a Digital World, Harrods Bets on Tradition