MUNICH, Germany — Mytheresa is ready for its men’s debut.

The new menswear category, which the luxury German e-tailer announced earlier this year, will launch on January 27, 2020. But despite an impressive brand list, it will have to work hard to crack the crowded arena, especially as infrastructure and marketing costs continue to rise.

In recent years, interest in the luxury e-commerce sector has boomed, in part thanks to increased spending by younger, mobile-first consumers. Apax Partners acquired a majority stake in MatchesFashion in 2017, with a deal that reportedly valued the company at $1 billion. Richemont acquired market leader Yoox Net-a-Porter in May 2018, purchasing 95 percent of the company’s shares, months before Farfetch’s blockbuster IPO. But each of these companies is struggling to grow profitably. In their most recent financial reports, MatchesFashion, Farfetch and Yoox Net-a-Porter all reported strong sales figures, yet significant operating costs took a toll on the bottom line.

Mytheresa has been steadily growing while staying in the black. Sales hit €377 million ($417 million) in the fiscal year ending June 2019, up 25 percent on the year previous, while EBITDA was up almost 50 percent. In April, debt-ridden Neiman Marcus Group announced it was exploring a sale of Mytheresa, the shining star in the struggling luxury retail group’s portfolio. It could fetch as much as €500 million, Bloomberg reported in May. (When Matchesfashion was acquired by private equity firm Apax in 2016, it was generating £204 million — $268 million — in sales with a reported valuation of $1 billion.)

“They’ve been very prudent in how they’ve grown their business and the numbers show it,” said Robert Burke, a New York-based retail advisor.

But can its winning streak continue as it invests in the menswear market?

They see a space in-between Mr Porter, which veers more on the classic, and Matches, which has a fashion bent, a strong fashion statement.

Up until now, Mytheresa has focused predominantly on luxury womenswear, branching out into kidswear earlier this year. Its competitors — including Matches, YNAP, Faretch and Ssense — have had skin in the menswear game for much, much longer.

But Chief Executive Michael Kliger says the timing has never been better for Mytheresa to turn its attention to menswear.

“We felt there is a moment in time when a new chapter has turned [in menswear] … a bit of a shift away from streetwear, to a more ‘time-honoured luxury,’” he said, pointing to Daniel Lee’s Bottega Veneta, a new chapter in the Gucci story, and brands like Loewe and Thom Browne. 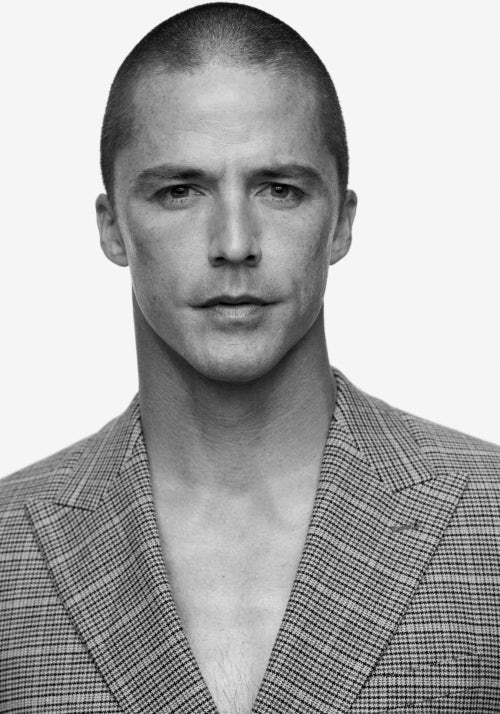 Experts agree that menswear is currently undergoing a shift. Streetwear’s influence on luxury gave the menswear market a significant boost. Euromonitor International saw the global market totalling $32 billion in 2018, up from $30.5 billion the year previous. The data research firm anticipates sales will reach $46 billion by 2023, so while smaller than womenswear, it’s a faster growing segment. But streetwear’s influence on catwalk trends is beginning to dampen.

“Formalwear for sure is coming back, in a contemporary approach,” said Raffaello Napoleone, chief executive of Italian trade organisation Pitti Immagine, adding that, while sportswear and streetwear are “the driving force at the moment,” there’s an effort among designers to bring back textiles and tailoring.

This gives Mytheresa an opportunity to plant a flag in the space, said Kliger, adding that, had Mytheresa made a play for menswear a few seasons ago when streetwear’s influence on high fashion was booming, it would have been much harder to cut through the noise.

The new menswear vertical, described by Kliger as part of the “same house, different apartment,” will live on the company’s existing website, but have its own visual identity and operate its own social media channels.

The e-commerce site has already enlisted over 120 brands for launch, ranging from uber-luxe names like Brunello Cucinelli and Ermenegildo Zegna, to directional labels like Craig Green, Martine Rose and Wales Bonner, and megabrands including Gucci, Prada and Balenciaga.

As with the women’s business, Kliger said he will be focused on building long-term customer relationships, rather than scoring one-off sales through too many promotions.

“Revenue is fickle. Revenue comes and goes, and you can attract revenue with perks. Customers are more difficult,” he said. “Many people just want to have one iconic sneaker, or one iconic bag. That is revenue, but it’s not a customer yet. It’s not a customer that may build a wardrobe over many, many years to come.”

While customer acquisition costs are rising for many of its competitors, Mytheresa decreased its costs in its most recent fiscal year, in part thanks to its data analysis to help identify long-term customers and those who are likely to continue to spend after a single purchase, using this to optimise marketing expenses.

Revenue is fickle. Revenue comes and goes, and you can attract revenue with perks. Customers are more difficult.

Mytheresa has also differentiated itself by a tight product selection: its womenswear offering comes from just over 250 designers, compared with Matches’ 460 brands or Net-a-Porter’s almost 1,000-strong offering.

The same strategies will be used with the menswear business, but it will take time to learn who the target customer is and how he shops. The long-term goal is to have menswear make up 35 percent of the business, but Kliger isn’t in any rush.

“It will take time to really position ourselves in the mind of the customer as a destination for menswear with a continental European fashion focus,” he said.

This paced expansion into the men’s category is a natural evolution for Mytheresa, according to Burke.

“They see a space in-between Mr Porter, which veers more on the classic, and Matches, which has a fashion bent, a strong fashion statement,” he said. “I do think there’s room there for them to take a unique position.”

Editor's Note: This article was revised on December 11, 2019. An earlier version of this article stated that Matchesfashion stocks over 600 brands on its site. That is incorrect. It stocks 460 womenswear brands.