Nordstrom's massive new women's store, its first in Manhattan, is a big bet on the future of department stores even as some of its rivals are in retreat. But the Seattle-based chain isn't entering the city blind.

Nordstrom's massive new women's store, its first in Manhattan, is a big bet on the future of department stores even as some of its rivals are in retreat. But the Seattle-based chain isn't entering the city blind.

NEW YORK, United States — After a two-decade search for the perfect location for its first flagship store in Manhattan, Nordstrom has arrived.

The seven-story, 320,000-square-foot women's store, which opens to the public on Oct. 24, brings some new features to the New York department store scene; shoppers can receive Botox injections and peruse online brands like Everlane and Senreve alongside luxury stalwarts Christian Louboutin and Balenciaga. A Burberry shop-in-shop, the first in a series of brand collaborations, is clearly designed with Instagram in mind.

But in the age of retail bankruptcies and the diminishing footprint of brick-and-mortar retail, the timing of Nordstrom’s arrival begs the question: does New York really need another giant store?

“That question is on everyone’s mind,” said Dylan Carden, a retail analyst at William Blair. “What’s the [return on investment] on this? That’s to be seen.”

Nordstrom is one of America’s largest department stores, posting sales of $15.5 billion last year. But the company has struggled to escape the problems facing retail, from declining mall traffic to online competition. Shares are down 26 percent this year. The Seattle-based chain has embraced changing shopping habits, which are on display in its new location: buzzy direct-to-consumer brands, spots for online order pickups and returns, and in-store attractions, including a partnership with Nike that includes a special corridor in the sprawling flagship.

Nordstrom is entering a crowded market, however. A growing number of specialty multi-brand boutiques, including Dover Street Market, The Webster and 10 Corso Como, have opened in the past few years. Saks recently completed a $250 million renovation of its flagship. Developers have lured Neiman Marcus and Saks to anchor shiny new megamalls targeting the same New Yorkers and tourists that Nordstrom hopes to bring in. 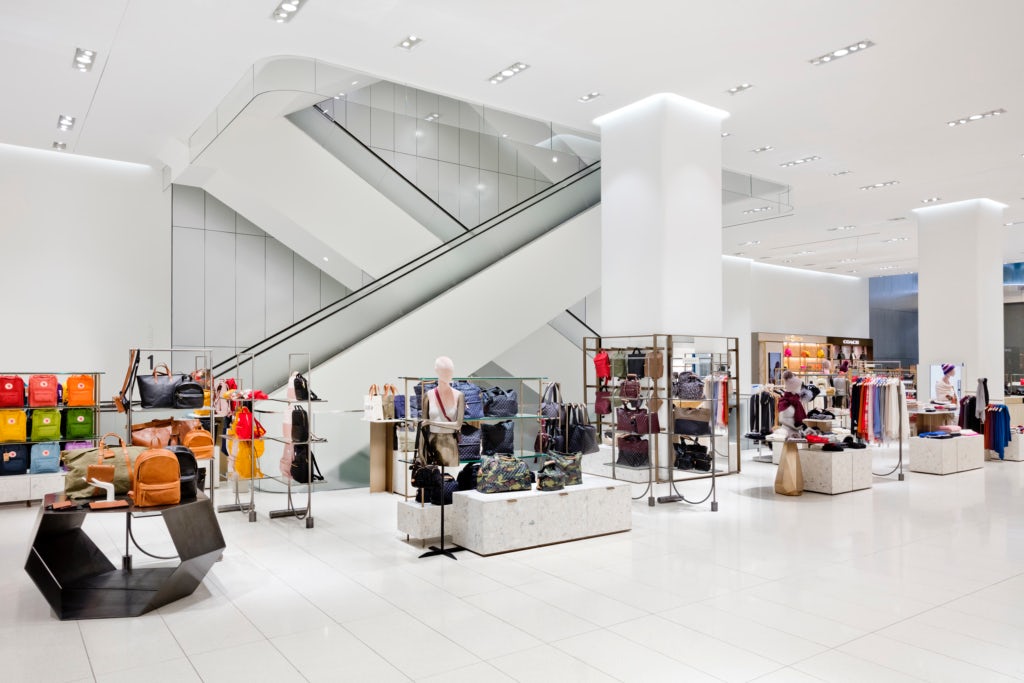 The ground floor of the new Nordstrom store | Source: Courtesy

There is also a risk in having a presence in New York: maintaining a glossy flagship store requires extra focus. It will be the object of intense scrutiny from Wall Street analysts and executives at fashion brands, many of which are looking to reduce their dependence on department stores for sales.

Nordstrom, nonetheless, has some advantages. The chain isn't entering the city blind; New York is already its largest market for online sales. Nordstrom also offers a wider array of price points compared to rivals such as the upscale Bergdorf Goodman and the off-price Century 21.

Nordstrom established a presence in Manhattan well before the new store was scheduled to open. In addition to two locations for its off-price Nordstrom Rack chain, the company last year opened a men’s store across the street from the new women’s outpost. In September it opened two branches of its new Nordstrom Local concept. The stores, which carry no inventory, are set up to make it easy to pick up online orders and make returns — including merchandised purchased from rival stores like Macy's and Kohl's.

The Local locations were chosen strategically: one in the West Village, about 45 blocks south of the new womenswear flagship, and another on the Upper East Side, about 15 blocks to the north.

The intended effect is to create a distribution network that customers can tap into whether they’re shopping online or in stores. The flagship has incorporated elements of Nordstrom Local to provide on-site tailoring and immediate returns for shoppers picking up their orders.

“We're able to move around that inventory very efficiently between our stores in the market,” he said, so that “the customers choose where they want to pick it up.” By leveraging all eight of its locations in the greater LA area, Nordstrom has been able to increase its inventory selection for next-day pickup by seven times.

With demonstrated success in LA, the company hopes that it will be able to replicate the same recipe in New York. So far, there's reason to be optimistic.

“They clearly have a customer base in New York that know them,” said Carden. “The Nordstrom Local concept works best in these dense higher-income areas.”

Its appeal of convenience is even more attractive coupled with Nordstrom’s reputation for having best-in-class customer service. 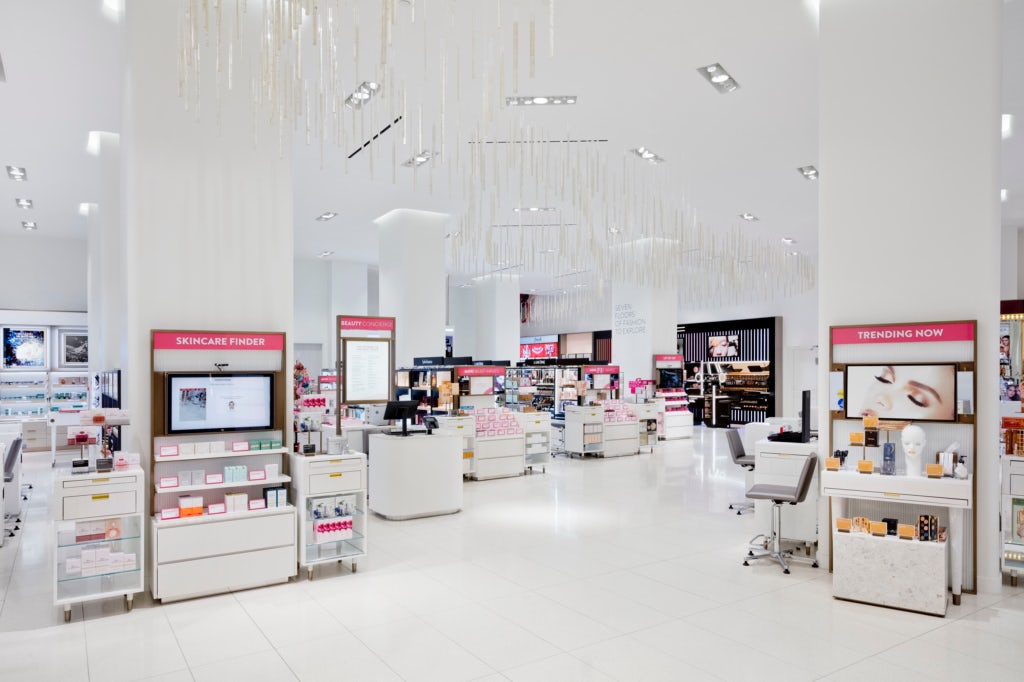 “They always go above and beyond to help you,” said Jasmine Shields, a 25-year-old visual merchandiser who lives in Washington Heights. “I can return any item and there’s no pressure to have the receipt.”

Shields, a Virginia native, is familiar with Nordstrom’s customer service because she used to be a sales associate there — she still considers it her first job in the fashion industry, and said she looks forward to being able to shop at the new women’s store.

Shields is not alone. Sam Tananbaum, a 34-year-old social media manager and a resident of the Upper East Side, said she’s also excited for the new store to open and test out the Nordstrom Local in her neighbourhood when the chance comes.

Having shopped at Nordstrom since she was a teenager in Massachusetts, Tananbaum said she’s always impressed by the store’s wide assortment of sizes and offerings.

“They have a wider variety of price points compared to [Saks or Bloomingdale’s],” she said. “And they always have a lot of sizes in petite which I don’t find in other stores.”

Part of Nordstrom's pitch to shoppers is that they could walk out with a $6,000 Valentino dress and a $40 Topshop sweater in the same shopping bag. In addition to designer labels such as Gucci and Comme des Garçons, Nordstrom carries a number of buzzy contemporary brands like Collina Strada and Sandy Liang, as well as a selection of direct-to-consumer brands and a dozen of its own private label lines.

Though it will be a challenge for Nordstrom to carve out a space for itself in New York's crowded retail landscape, it stands out as the most innovative player among its department store cohorts, including Macy’s, which owns Bloomingdale's, and Saks parent Hudson’s Bay Company.