ASTANA, Kazakhstan — She doesn’t look like a woman who could get excited about crude oil. Aika Jaxybai has the gaze of an artist, the countenance of an aristocrat and the kind of poetic wardrobe that even her peers find intriguing. Chatting to fashion insiders like Jaxybai about the price of petroleum would seem strange in most places in the world, but here in Kazakhstan, where she lives, the state of the oil market makes just about everyone animated. That's because no business here is immune to the rise and fall of prices — especially now.

“It’s obvious that people are not in a hurry to spend their money on fashion right now,” says Jaxybai, a Kazakhstani fashion designer and consultant to retailers of luxury imports. “Most major brands, multi-brand stores and retailers here have fewer people shopping now, even during the sales season, and it can all be traced back to the plunge in oil.”

The global price for oil has fallen 75 percent in less than two years, a staggering decline that is starting to impact some of the emerging markets where fashion brands were expanding with gusto just a few years ago. The hydrocarbon sector fuels of the economies of Russia, Kazakhstan and Azerbaijan, as well as other oil and gas dependent countries like Saudi Arabia, Kuwait and the United Arab Emirates and rising African nations like Nigeria and Angola.

Over the past decade, Western luxury department stores like Harvey Nichols and Saks Fifth Avenue have opened franchises in some of these countries, providing much-needed cash cows. Meanwhile, a constellation of luxury brands — from Hermès to Zegna — have come to rely on spending in these nations to meet growth targets, top up profits or make up for lost revenue in some of their more troubled established markets.

When there is a dramatic and sustained decline in oil prices, both consumer and investor confidence in countries where oil is vital to the economy tend to fall. In Kazakhstan, oil accounts for a quarter of GDP and well over a half of the country’s exports, so it came as no surprise when the oil rout triggered stagnation last fall.

“Fashion and luxury are seeing difficult times here now as about 95 percent of fashion is imported,” Jaxybai explains. “Companies had to adjust their prices, recalculating them at a new devaluated rate against the euro and dollar, which made all imported goods twice as expensive in tenge, the local currency. This hit consumer confidence and affected sell-through rates." 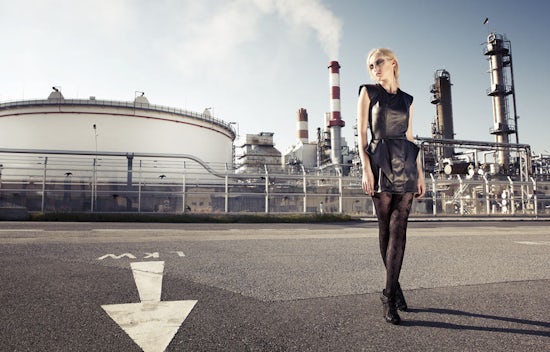 Although it rose above $30 last week, the price of Brent crude plummeted to a 13-year low of $28 per barrel the week before. At the time, investment banks like Morgan Stanley had the oil industry in a state of panic when it issued a prediction that the price per barrel could slide into the $10 to $20 range later this year. The biggest concerns are a rapid appreciation of the US dollar and how much Iran adds to the supply glut when it starts exporting after sanctions are lifted.

If the more pessimistic forecasts come true, frontier fashion markets like Nigeria, a country where the oil and gas sector accounts for about 35 percent of GDP and over 90 percent of export revenue, could see serious impact. According to Omoyemi Akerele, founder of Lagos Fashion & Design Week, the current drop in the price of oil is driving a growing sense of uncertainty there.

However, some analysts are less concerned about the long-term repercussions of rock-bottom oil prices, because they deem current prices to be ‘irrationally low’ and therefore unsustainable. And now that there are rumours of a coordinated deal to reduce oil output by both OPEC (Organisation of the Petroleum Exporting Countries) and non-OPEC countries, some experts are painting a less calamitous picture.

“We believe the current weakness in prices is quite overdone, and is being driven by factors outside the oil market, for example, concerns about the health of the Chinese and global economy and the strengthening dollar,” says Peter Lee, an oil and gas analyst at Singapore-based BMI Research, who predicts that oil prices will rise to an average of $47.5 per barrel in the second half of 2016. “We expect a stronger supply-side response to lead a slight rebound in prices [but] even as they gradually recover over the short-to-medium term, we anticipate demand to remain weak [ensuring] that the current large oversupply in the global market remains intact up to 2018-2019."

For the besieged Russian market, even a modest upswing in prices can’t come soon enough. Estimates vary as to just how dependent Russia is on its colossal oil and gas sector, but most analysts agree that the Russian government has not weaned its economy off natural resources to any significant degree despite calls for diversification.

The current oil rout is part of a much bigger picture of economic instability in Russia linked to a decline in foreign investment, the devalued rouble and economic sanctions caused by geopolitical tensions. The International Monetary Fund (IMF) recently cut its growth forecast for Russia, predicting that its economy would actually shrink by 1 percent in 2016.

“Consumers are not feeling good,” concedes Alexander Shumsky, president of Mercedes-Benz Fashion Week Russia. “But the media are using the word ‘crisis’ too often. We have to remember that what we’re talking about now is when the market falls dramatically and times like this [can sound overly] hysterical."

"The mood of some business leaders is quite negative [but there are] opportunities. One positive side is that malls became more flexible.” Rather than charging fixed rent, some now offer a percentage share of turnover, Shumsky says. “So a lot of Russian multi-brand shops opened in the last six months in Moscow, Saint Petersburg and other city malls.” 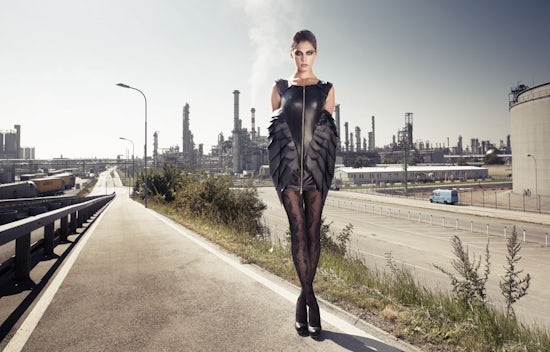 Falling oil prices also impact investor sentiment. Many emerging markets have big fashion-relevant infrastructural developments either planned or under construction, such as shopping complexes, industry hubs and manufacturing projects. If oil prices continue to decline, some of these projects could face delays or even cancellation.

However, Kazakhstan’s biggest fashion retail upgrades are not currently at risk, suggests Agnieszka Nowak, managing director of Esentai Mall in Almaty. While she acknowledges the challenging environment brought on by cheap oil, Nowak has only slightly adjusted her planning. A $30 million investment to refurbish the luxury mall went ahead uninterrupted in September.

Some of the world’s most heavily reliant oil and gas countries can be found in the Middle East but, so far, most major new mall developments in Saudi Arabia, the UAE, Qatar and Egypt appear safe. Real estate consultancy JLL published a report in December noting that capital flows in the region have not yet declined.

Even with the volume of Russian shoppers falling in Dubai and Abu Dhabi, management consulting firm Bain & Company reported marginal growth in the Middle Eastern luxury market last year. Tourism authorities say the drop in Russian spending was offset by an uptick in visiting Chinese, Saudis and Indians. And although the IMF did recently trim its 2016 growth forecasts for the UAE and Saudi Arabia, their economies are still projected to expand by 2.6 percent and 1.2 percent respectively.

According to Patrick Chalhoub, chief executive officer of Chalhoub Group, oil prices are impacting the Gulf luxury trade through currency fluctuations. “Tourists and local consumers who travel might find that prices are now more expensive in the Middle East, which has obliged us to react and make all the necessary adjustments, even if it is heavily affecting our margins,” says Chalhoub, who is the retail partner for Louis Vuitton, Christian Dior and Marc Jacobs in the region. “[But] we have maintained our investment, especially in our own brands and department stores such as Tryano, which opened in November in Yas Mall in Abu Dhabi and Level Kids, which [will] open in Citywalk in April,” he adds.

Ayman Fakoussa, managing partner of The Qode, a Dubai PR and events company serving luxury clients such as Hermès and Berluti, characterises the mood among fashion players in the Arabian Gulf as apprehensive. “We’ve definitely seen some big players taking more drastic measures to cut costs and reduce spending. However, I don’t think that a small bump in the road is going to affect the overall momentum, which has been building over the last years,” he says, citing anecdotal evidence of a deceleration in luxury sales in some Gulf markets. But he cautions against what he called "fear-mongering."

Besides, not all emerging markets are on the losing side of rock-bottom oil prices. “It will help key emerging economies such as India, Pakistan and the Philippines, as cheaper fuel prices set the grounds for greater consumer spending and an acceleration of industrialisation. China will also benefit,” Lee predicts.