Haney, who owned 10 percent of the business as of last year, will remain at the company in a different role. The change follows an injection of new funding from the current investor group, including venture capital firm General Catalyst, at a lower valuation than in past rounds.

In a statement released on Friday afternoon, the company said that Haney's new title would be founder, and that she would assist in the search for a new chief executive while remaining on the board of directors. Cliff Moskowitz, co-founder of fashion investment firm Interluxe, has joined as interim CEO.

On her own Instagram account via the "Stories" function, Haney said that she would "set the record straight soon. Staying quiet at the moment. Heartbreaking narrative of an individual trying to cause harm. That said, excited to focus on what I love — creative, brand, customer more soon..."

Previously, Outdoor Voices had raised more than $60 million from several different types of investors — including Forerunner and General Catalyst, as well as Drexler Ventures, the family office of former J.Crew Chief Executive Mickey Drexler — on the prospect that it could one day compete against the likes of Nike and Lululemon in the quest to own the activewear market.

But in 2019, the brand was losing up to $2 million per month with annual sales of around $40 million, according to people familiar with the brand’s finances. On Halloween, the last remaining members of the New York satellite office were fired, including the company’s creative director, and the office was closed. At the end of last year, the company tried to raise more money, but had difficulty. 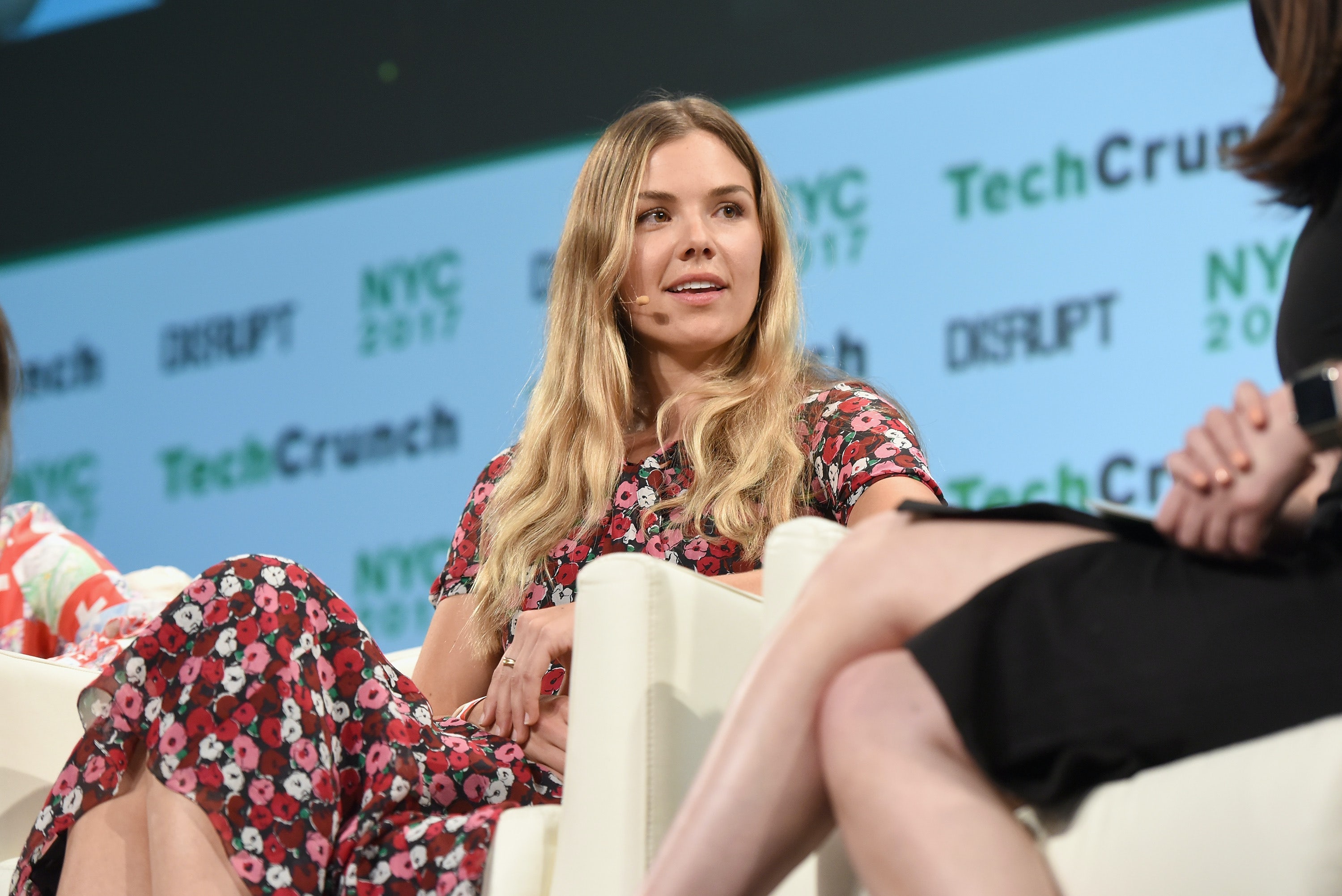 Outdoor Voices launched in 2014 to near-instant recognition for its geometric, Memphis Group-inspired designs and colour palette, which were positioned as an antidote to activewear's traditionally hippie-dippy purple and fuchsia or harsh, all-black looks. Co-founded by Haney and Matthew McIntyre, classmates at Parsons School of Design, Outdoor Voices emerged alongside a crop of activewear brands looking to unseat the dominant players in a market that Morgan Stanley projected would hit $350 billion by this year.

While none of the challengers, which also include Alo Yoga and Tracksmith, could compete with those multi-billion-dollar companies on fabric innovation or technical design, Outdoor Voices stood out for its aesthetics and marketing approach. As the term "athleisure" seeped into the collective consciousness, OV's "Doing Things" motto — which encouraged activity, not necessarily athleticism — grabbed attention. In 2016, APC founder Jean Touitou invested in the label. In 2017, Drexler was named chairman of the board after putting money in as well.

By 2019, the company said it had 350 employees, mostly based in Austin, where the headquarters were moved in 2016. Haney, part of a crop of young, stylish entrepreneurs endlessly covered by leading business magazines, earned a profile in The New Yorker. Behind the scenes, however, Haney's marketing prowess was not matched operationally. A string of seasoned executives rotated in and out of the organisation. In early 2019, Outdoor Voices hired Nike and Under Armour veteran Pamela Catlett as president, but she exited within months. By the middle of last year, Drexler had resigned as chairman of the board over concerns about the business, although he maintained his seat.

Operations and interpersonal issues aside, many of Outdoor Voices' challenges were rooted in merchandising. While the initial legging design was a hit — and novelties like the exercise dress have taken off — the brand has failed to create enough generalist product to appeal to a broader range of consumers. For instance, Outdoor Voices only introduced black workout gear — the primary margin driver of any activewear brand — in the middle of 2019.

It's also one of several venture capital-backed, direct-to-consumer product startups that have failed to scale as quickly as anticipated. However, board members and investors remain confident that the Outdoor Voices concept, under the right leadership, has the ability to go mass.

"Outdoor Voices is committed to becoming the resource for recreation and the company has an exciting future ahead," read a statement attributed to the company and its investors.

Editor's Note: A previous version of this story said venture capital firm Forerunner Ventures contributed to Outdoor Voices' latest round of funding. This is incorrect. While Forerunner has invested in Outdoor Voices in the past and founder Kirsten Green was at one point on the company's board of directors, the firm did not participate in this most recent round.