LONDON, United Kingdom — A fourth generation New York retailer, Rachel Shechtman grew up with “retail in her blood.” However, it wasn’t until her teen years, when she attended one of Donna Karan’s now legendary 7th Avenue sales benefitting HIV and AIDS charities, that Shechtman first comprehended how retail could be the foundation for authentic and valuable experiences. “Something stuck from that day forward that was about commerce being part of the conversation, but not the only part,” Shechtman, now the founder of Story and brand experience officer at Macy’s, told BoF.

Founded in 2011, New York concept store Story offers experiential takeovers of its retail space. A standard four-to-eight-week sponsorship now costs between $600,000 and $1 million during the holiday period — almost double the fees from two years ago. In 2015, American Express Open became the first company to sign an annual partnership with Story, costing the financial services corporation $750,000. In May 2018, Macy’s announced its acquisition of Story and Shechtman’s appointment as brand experience officer, reporting directly to Macy’s president Hal Lawton. 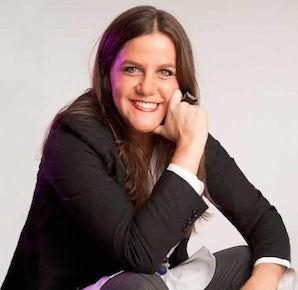 BoF sat down with Shechtman to hear her insights on the rise of community retail and how to connect with multitasking consumers, who are increasingly more difficult to satiate.

Why has the retail industry been so slow to innovate?

It’s less about companies being slow to innovate and more about companies figuring out how their operation can work at a different, more nimble pace. The ideas and concepts are there — and coming fast and furious — but for real change it needs to come from the inside out. When you’re talking about multi-billion-dollar companies with hundreds of doors, the moves that will be long-lasting and meaningful cannot happen overnight.

It just takes that much more to satiate someone; we’ve turned into a society of multitaskers

There is an opportunity to further spark innovation by expanding cross-functionality within organisations, especially in marketing and merchandising. When you think about the paradox of choice and the amount of content and options now available to consumers thanks to new technology, business models and distribution channels, they are more sophisticated than ever. With choice, you need to be more strategic, creative and innovative with how and where you access a customer.

It is a relationship everyone is still trying to understand and frankly, as long as there are technological advancements, there will be innovations you can leverage to impact consumer behaviour. Everyone in retail is looking at the impact of technology up-front, but what about the impact of technology on the back-end?  I mean that in terms of merchants and planning. Once upon a time, in the era of Rose Marie Bravo, you had merchants who made a decision from their gut. Then came along this thing called computers and software, and with that came specific formulas and algorithms. Now you have all of these schools that train merchants as planners. It’s no wonder that in some markets you have the same black pants by X designer in 17 stores in a 2-mile radius. Everyone is using the same formula to tell them what brands to wear and from what designer to buy.

How should retailers approach building experiences into their businesses?

It’s a balance of art and science — a marriage of both. On the one hand, an algorithm can tell you what product to put on your homepage based on data; on the other hand, if that product isn’t shot in the right way, on the right model, with the right light and with the right background, that may impact the performance and that’s something more subjective. It’s really about knowing where it’s appropriate to leverage different languages and skill sets. I would argue there’s an opportunity with marketing, merchandising, event programming, entertaining and educating, to infuse new forms of creativity.

The different elements that appeal to consumers are not one-way streets; frankly they’re not even linear

I believe one of the most genius retail acquisitions in our industry in my lifetime was when a retail developer bought a Tony-winning Broadway production company. Retailers can’t just sell real estate and operate from the idea of “if you build it, they will come.” They need to create entertaining experiences for consumers. There are two options: you either try and build that capability in-house or say, “We’re the best at doing what we do with shopping centres and real estate, so let’s go find people who are best at building entertaining environments.”

What insights do you share with partners that stem from the experiences you design?

It varies by partner as we have very specific and varied deliverables. For example, with Cigna, it was about using the store as a ‘Living Lab,’ so our output was a series of qualitative insights. Whereas for Nickelodeon, it was about PR, marketing and new forms of licensing and product development tactics. We reverse-engine the experience to drive output relations to the specific and custom deliverables of our partners.

How can companies build communities that engage with the experiences they offer?

Brands and companies need to first have a clear understanding of their identity and then, from there, look at how they can create authentic communities. Customers want a higher ROI for how they spend their time and experience is a way to both differentiate and generate new forms of loyalty. In many cases, it also provides and alternative and additional revenue stream. I don’t think there is a one-size-fits-all approach. I think, as with most things in life, it is about relationships and values.

What’s next for experiential retail?

Two years ago, the word we used incessantly was “curated.” Now, its “experience.” In two years, I think it will become “community.”n When you look at the proliferation of content everywhere, it takes that much more to satiate someone. We’ve turned into a society of multitaskers; people don’t want to just shop, they want to shop and eat and bond and learn and play. When you look at Complex Con or at what PopSugar just did with Playground, these are all different two-day short-term events that are about online subcultures coming offline. It’s consumer-facing tradeshow meets food festival meets conference meets a concert. That’s a high return on the time invested.

The different elements that appeal to consumers are not one-way streets; frankly they’re not even linear. All these different trails connect to each other and therefore, we need to educate and operate in different ways to accommodate how consumers really live their lives.