LONDON, United Kingdom — When Yoox Net-a-Porter Group reported its latest results last week, executives were excited to discuss the launch of Mr P., Mr Porter’s new private-label brand. Managing director Toby Bateman described the ready-to-wear collection — designed by an in-house team including buyers and merchandisers and manufactured in Italy, Portugal and Japan — as the physical embodiment of the men's retailer. Mr P. includes a collection of essential pieces available year-round as well as five seasonal capsule deliveries per year. Shoes and accessories are expected in Autumn 2018. While offered at a competitive price point (starting at $75 for a T-shirt), Mr P. is positioned alongside the e-retailer’s other contemporary brands.

“It is one of the most significant projects in Mr Porter’s history, and one that sees us delivering on a key strategy from the five-year plan,” said Bateman. In July 2017, Yoox Net-a-Porter Group outlined a plan that included growing private label brands to account for about 10 percent of off-season net revenues by 2020. (At the company’s two off-price channels, The Outnet launched its private label Iris & Ink in 2012 and Yoox’s own private label is forthcoming.)

Private-apparel labels, or exclusive brands typically manufactured by retailers and sold under their own name, have long been a staple of department stores such as Saks Fifth Avenue and Neiman Marcus. The clearest advantages of the business model remain the same: the product has higher margins than the designer brands retailers buy, is predictable and creates cash flow. The collections also often fill in gaps in a store's designer offerings. 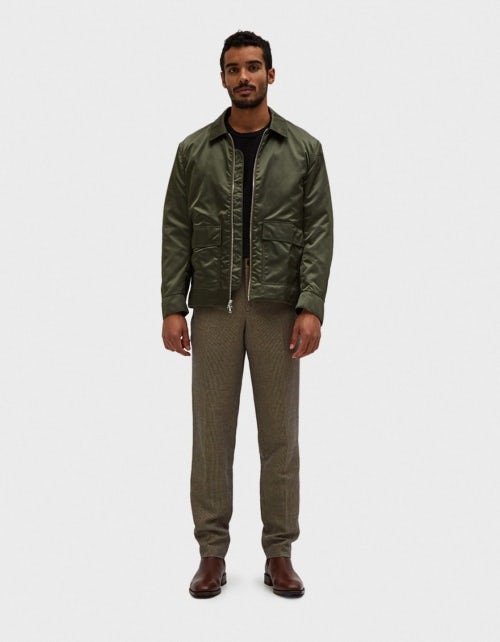 Today, when retailers have more data than ever before about what types of pieces their customers want to buy and at exactly what price, the advantages of producing a private-label brand have increased. If done right, these lines can raise retail brand awareness and, by virtue of having a controlled production that can be replenished in-season, respond more quickly to consumer demand. (Retailers are not always able to reorder more inventory from clients in-season.)

In-house collections also offer another reason for a customer to shop at a specific retailer. “These days, with the internet and everyone seeing everything, exclusivity really becomes such a big factor,” says Gabriel Ricioppo, the co-owner and creative director of Virginia-based retailer Need Supply Co., whose private label, Need, launched in Spring 2016 and has since grown to be one of its largest brands. Well-received products include denim for women and T-shirts, shirting and chinos for men.

It's not a coincidence that those are all so-called basics. While a new generation is embracing logos in fashion in a way that the market hasn’t seen since the height of “logomania” in the 1990s, today’s consumers are more willing to turn to private labels for essential pieces. (For an example in the mass market, see Amazon’s growing private-label apparel business.) Globally, the private-label apparel and footwear market grew 10 percent between 2011 and 2016 to $62 billion, according to Euromonitor.

At Barneys New York, for instance, the in-house label is its top performing brand for men, led by staple pieces such as a black cashmere crew-neck sweater and a black suede Chelsea boot. At British multi-brand retailer Joseph, the Joseph brand accounted for 87 percent of total sales as of 2015 and has served as a vehicle for international expansion: its mono-brand stores make up the vast majority of Joseph’s retail network.

If you don’t have a strong retail brand, then it’s going to be a real struggle to convince the customer to buy private label.

What makes a private label successful? For one, the retailer needs to have a positive brand image. “If you don’t have a strong retail brand, then it’s going to be a real struggle to convince the customer to buy private label,” says Robert Burke, chairman and chief executive of consulting firm Robert Burke Associates.

Retailers also need to have a clear strategy of what the private label is going to offer, at what price point and for what specific audience. “These retailers are extremely close to their customer and understand them," says Burke. "That is what is making this work.”

At MatchesFashion, the customer was ready for more than just basics that complement the designer assortment. When Rachael Proud, a designer who had worked for Topshop and Christopher Kane, joined the company in 2014 to relaunch the in-house label, she quickly realised that catering to the MatchesFashion customer was not the right strategy because there is not one single type of customer. 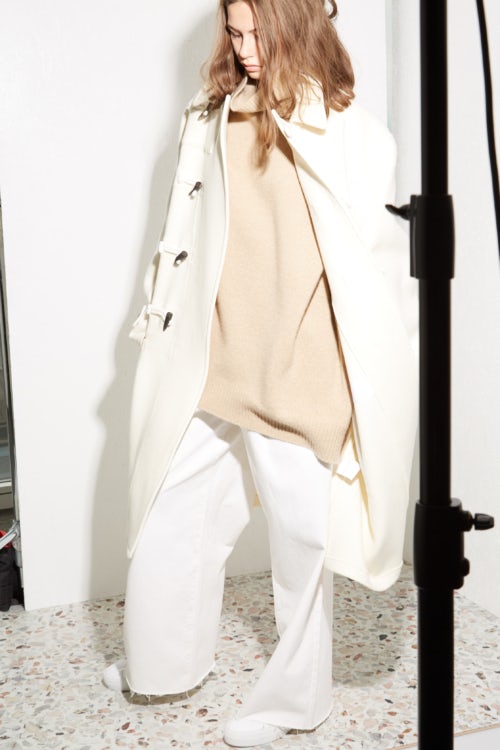 “The original remit was to drive business to Matches,” says Proud. “As soon as we started seeing sales reactions, it became clear that it’s a brand on its own with its own identity."

Womenswear has been a significant success for Raey, particularly in knitwear and denim, and the brand has doubled its sales since its first full year on the market in 2015. “What’s more challenging is menswear,” says Proud, adding that men often seek the approval of a brand name they recognise to reinforce their purchasing decisions. “The Raey man probably knows what he likes and I think we have to get that right."

Proud and the Raey team have data on their side: they have a deep level of information evaluated on a weekly basis, from cost-per-click to real-time sell-through. However, because they consider the brand a complete offering distinct from the rest of MatchesFashion's offerings, they only look at Raey's metrics.

“If we’ve got a jumper and it’s a best seller and we’ve only ever done it in blue, we are immediately thinking: let’s do it in black,” she says, adding that if fabrics and trimmings are in stock, Raey can deliver product in as little as four weeks. In 2016, MatchesFashion — which reported overall revenues of £204 million ($268 million) that year — shifted Raey's deliveries from seasonal to monthly collections that arrive on the site each week. These more frequent deliveries also help drive traffic to the site, says Proud.

Need Supply also benefits from being able to control the cadence of its private-label deliveries. “Different brands deliver at different times,"says Ricioppo. "This just gives us an opportunity to align messages and campaigns.”

The data also informs the price point, which varies from retailer to retailer. Most in-house labels are priced a tier or two lower than the designers the retailer carries. “We are not wholesaling; we just add on the markup to make the profit to keep trading," says Proud. "Category-wise, we always want to have our basics that are a lead-in [in regards to price] to the brand.”

After zeroing in on the right point of view and price point, however, producing a collection and delivering it can be a challenge for retailers not accustomed to the process. The design and strategy can be right, but then retailers need to “back it up with the infrastructure to execute these things,” says Burke. Some retailers outsource design or manufacturing. Like Raey, Need is designed in-house, and Ricioppo says the process was a learning curve: “You have to learn to crawl before you can walk, before you can run — we have a long view of what we are doing.”

Another challenge in private label is that retailers might anger the brands they carry if they are seen to be copying their designs at a lower price point. “You’re the retailer that buys them; that’s a risk that you could run,” says Burke.

At MatchesFashion, the design and buying process is kept separate. “I don’t know what [buying director] Natalie [Kingham] is buying on core," Proud says. "I don’t know how things are performing. I basically went forward with what I thought a working woman would want to wear.” While she isn’t guided by trends, Proud does sometimes align with the major themes of a season. “[Designers] are all seeing the same mills, shopping the same fabrics."

When it is all said and done, the same instinct that guides Need Supply’s edit of brands infuses its approach to private label. “Even when we go to buy, we are not always reacting to what’s out there,” he says. “Often times we are looking for things we know we are excited about, and we go and look for those in the market. That energy and that vision, it’s the same thing that translates to creating product.”