Earlier this week, the luxury retailer agreed to a $271.4 million initial offer from Authentic Brands Group that would see the licensing company close the retailer’s remaining stores. But there is at least one other contender for the department store chain: a consortium of retail veterans led by Kith investor Sam Ben-Avraham.

In an interview, Ben-Avraham said he had raised $100 million in equity and secured another $200 million in debt from a bevy of fashion and real estate heavyweights, including his brother and real estate developer Uzi Ben-Avraham, Theory co-founder Andrew Rosen, Intermix founder Khajak Keledjian, Bergen Logistics CEO Ron Roman and billionaire investor Ron Burkle, a current investor in Barneys. Ben-Avraham said he still needs to raise more capital to complete his bid and is tapping others in his network of friends and family.

At stake is the fate of Barneys as a freestanding store. Authentic Brands Group says it will close the chain’s stores, liquidate its merchandise and license the brand name to competitor Saks Fifth Avenue. Ben-Avraham has a different plan: he said he intends to keep five stores open, including the 230,000-square-foot Madison Avenue flagship.

We have a plan to make this establishment relevant based on the original DNA and vision of Barney and Fred [Pressman].

Their deadline for bids is October 22, with a bankruptcy judge picking the winner two days later. Authentic Brands Group did not respond to a request for comment.

“We have a plan to make this establishment relevant based on the original DNA and vision of Barney and Fred [Pressman],” said Ben-Avraham, pointing to the merchandising finesse of the luxury retailer’s founding family.

Barney Pressman opened a store selling discount suits in 1923. Under his son Fred, Barneys became a destination for refined menswear, and by the 1980s, womenswear as well. At its peak, Barneys was the epitome of elite New York cool; for emerging designers, a rack on the Barneys sales floor was a make-or-break opportunity.

But shopping habits changed with the rise of e-commerce, and after what Ben-Avraham calls “decades of mismanagement,” Barneys lost much of its cultural relevance and began losing money. A 72 percent hike in rent on its flagship forced a reckoning; the retailer filed for Chapter 11 bankruptcy protection in August. Ben-Avraham said he’s negotiating with the flagship’s landlord, Ben Ashkenazy, to strike a better deal.

Ben-Avraham opened his boutique, Atrium, in 1993 during Barneys’ heyday. Atrium was at one time a New York shopping destination in its own right, mixing indie denim labels next to brands like Balmain. In 2011, he partnered with Ronnie Fieg to create Kith, which has become one of the most popular streetwear retailers in New York. As its earliest investor, he opened Kith’s first two physical outposts inside Atrium’s Soho and Brooklyn stores. 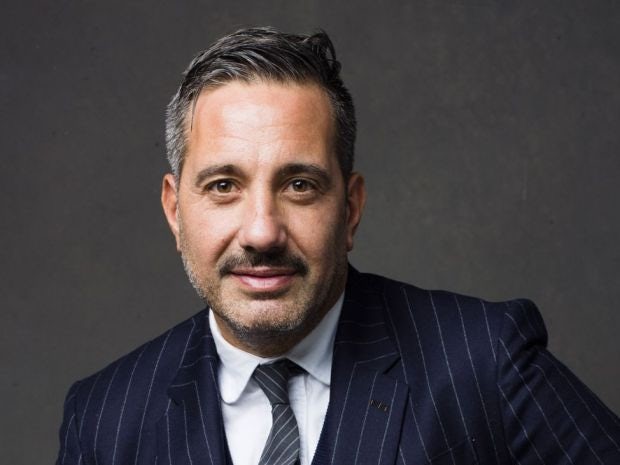 But Atrium was a victim of the same downturn in the brick-and-mortar wholesale business that went on to claim Barneys. With an onslaught of new players online, it became harder to secure exclusive partnerships with vendors, Ben-Avraham said. The boutique closed in 2016, and its Brooklyn and Soho locations became Kith. Today, Ben-Avraham owns and operates a number of trade shows, including the Cabana swimwear show in Miami and the Liberty Fairs menswear show.

He cites a key difference between Atrium and Barneys, however: Barneys’ prowess in generating high-order values at its physical locations while maintaining an online presence as well. In the first half of 2018, Barneys’ average order value at the Madison Avenue flagship was $540, according to report from a July 2018 board meeting.

"It's been hit with a number of difficult times, but Barneys is not a lost cause," said Robert Burke, of the New York-based retail consultancy Robert Burke & Associates. The task at hand is "a reconfiguring of physical spaces and how big and how many do you need, but the chain could be certainly fixed or reformatted."

With only a few days left, outbidding Authentic Brands is still an uphill battle. And turning Barneys into a viable business won’t be easy. The company operates in the red and has gained a reputation for late payments and broken relationships with the same emerging brands that it needs to revive its reputation with consumers.

Ben-Avraham said addressing these relationships will be his priority, with a goal of bringing fresh merchandise to the floor every week and not stocking too many brands that appeal to similar types of customers.

“We need to have a point-of-view again,” he said.

Managing Barneys’ considerable expenses, including store leases and inventory, while investing in new features and e-commerce, will be difficult, said Gary Wassner, the founder of factoring company Hilldun, which helps designers and vendors finance the production of large wholesale orders. Wassner considered putting together his own bid for Barneys but has since decided not to pursue it.

“I like his plans and I don’t doubt he can do it,” said Wassner, who met with Ben-Avraham earlier this month to hear his pitch, though he ultimately decided not to join the bid. “But there are structural issues with the current [system] that need to be fixed, [including] corporate overhead and problems with the e-commerce platform.”

While Ben-Avraham said he doesn’t intend to copy streetwear’s “drop” paradigm — the recipe behind Kith’s success — he hopes to make Barneys stores entertainment destinations with an assortment of activations to draw crowds beyond its usual customers.

“It’s going to be an experience that you want to come to every weekend, not just the die-hard fashion people but everyone else,” he said.

Support from his backers will be a crucial factor in any Barneys’ turnaround. Rosen has invested in a number of brands, including Proenza Schouler and Alice + Olivia, and is no stranger to the importance of merchandising, especially for millennial consumers. Roman’s expertise in logistics will come in handy when revamping Barneys’ e-commerce platform, which has lagged competitors’ online offerings.

ABG, which received an $875 million investment from BlackRock in August, has built a portfolio around distressed brands like Nine West and Juicy Couture, as well as the intellectual property of deceased celebrities. Its business model is based on licensing IP to vendors and manufacturers, who can take a brand and slap its name or image on everything from shoes and sportswear to CBD cream and airport souvenirs. The company doesn’t hold inventory; rather, its profits come from royalty fees.

Under ABG, Barneys’ IP would be licensed to Hudson’s Bay Company, the owner of Saks, which would reportedly open shop-in-shops at certain locations. If it prevails as the winner of the auction, ABG could begin liquidating Barneys merchandise by the end of the month.

For Ben-Avraham, the value of Barneys is not just in its name, but also the store’s legacy in New York’s retail landscape.

“Some people think I’m crazy. Some people are like, “What the fuck are you doing? Everyone is leaving retail now,’” he said. “But I can see it. I can see Barneys three years from now.”