NEW YORK, United States — America’s luxury consumers are no monolith. There is no simple answer to the question: what do they want to buy? Indeed, the sheer geographical scale and cultural diversity of a country where wealth is decentralised has given rise to a wide variation in consumer preferences across the nation.

For a particular class of independent luxury boutiques, however, the ability to effectively curate their buys for the quirks of local tastes has given them unusual power in a world where many brick-and-mortar stores are struggling. Strong customer relationships are the key to a well-tailored buy. Here, some of America’s top independent boutiques tell us about the consumers that frequent their boutiques and the products they buy. 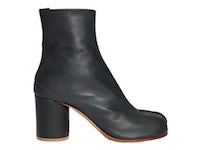 “Our customers likely aren’t working in a traditional office, so their personal style is something that’s important in their daily life,” says Ryan Willms, creative director of Seattle destination store Totokaelo, which also has an outpost in New York. “While we offer a number of avant-garde collections, the way we buy from our designers makes the clothing more approachable."

There is no question which item sells best, though. “The Margiela Tabi boot is our top selling, always-sells-out item — we’re doing an exclusive version of the Tabi for pre-fall as well,” Willms says. 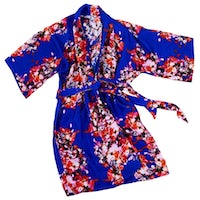 The professional dress code in San Francisco is very casual, she adds, so the boutique sells a lot of jeans, particularly Mother and Levi’s, to a core customer who typically works with arts or humanitarian organisations.

Robes by local designer Stevie Howell usually sell out within 24 hours. “It’s an individual and strong look for under $500 and robes have fewer fit issues,” Holt says. 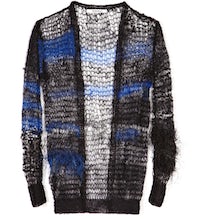 “We have a lot of people in the entertainment industry,” says Lisa Bush, CEO of Venice destination boutique Mona Moore. “They’re typically women that have their own careers, make their own money. They’re dressing to look beautiful and sexy and strong but not necessarily to please a man. It’s more about creative expression.”

Nor is the West LA woman particularly dressy, Bush adds. “You can’t tell this person is going to spend $3,000 on a handbag. They’re very understated.”

Among Mona Moore’s top-selling items are Comme des Garçons’ washed polyester jackets, which Bush describes as “perfect for our climate.” The same goes for Rodarte’s loose-knit mohair sweaters: “We sold out before we could even photograph them,” she says. 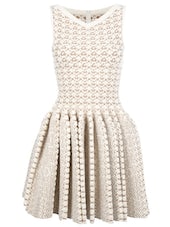 “They are extraordinarily, unapologetically confident women,” says Ikram Goldman of the Midwest clients who frequent her namesake boutique, Ikram. “They are so brilliant in that sense. It’s kind of magical to watch. They make my job easier.”

Certainly, Goldman populates her buy with statement pieces, especially dresses, that she knows her customer will love. “Every collection, it doesn’t matter what designer it is, dresses seem to be the absolute winners time and time again,” she says. “People love the comfort of an Alaia dress, they also love the classic dresses of Chanel.” 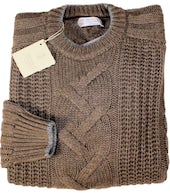 “Our client ranges from their 30s to their 70s,” says Joe Covell, owner and son of the eponymous Lawrence Covell who founded the store in its current incarnation with wife Cathy in 1967. “We are label-driven to a degree but often due to us developing these labels with our clients rather than buying them because they are already established labels.” 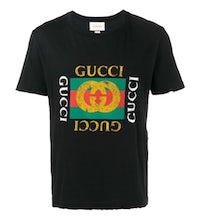 The Forty Five Ten customer knows what they want, says Brian Bolke, president and co-founder of the downtown Dallas store. “They go everywhere, and can have everything, but are quite edited in their desires.” Understanding those desires is key. “We buy into the events that are happening into our city, mostly art-related” says Bolke. “We also understand our city in terms of weather and lifestyle — we don’t buy exactly like New York or Paris or London.”

Bolke says that the ‘fake’ Gucci t-shirts sold especially well at Forty Five Ten. “We can sell the most luxurious basic or the most eccentric piece of a collection. As long as the price and value makes sense, it moves.” 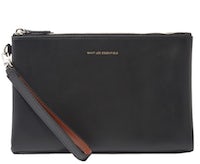 “Because we have the trust of our clients we get the opportunity to advance fashion in our city,” says Standard Style co-owner Emily Baldwin. She finds that Golden Goose Deluxe Brand sneakers and WANT Les Essentiels are among her two boutiques’ most popular brands, as is the store’s own luxury denim and basics label, Baldwin.

In turn, she finds her customers are increasingly educated about trends. “The main [client] is the 40 to 55-year-old mom, but what I love is [that] we have her mother shopping and buying a leather coat, and the daughter is with her purchasing a pair of jeans and a tee,” she says. 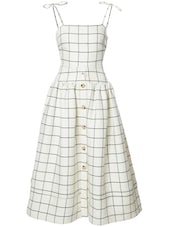 Diverse is the word that comes to mind for Kathryn Bullock Joyner and Coeli Hilferty Boron, when describing shoppers at their Magazine Street boutique Pilot and Powell.

“Our demographic ranges from young professionals to the 75-year-old lady who lunches,” says Hilferty Boron. “Our older customers love to take chances and are more willing than some of the younger women to try new labels and slightly non-traditional shapes… For Spring, we introduced Rejina Pyo — they flew off the racks,” she says. 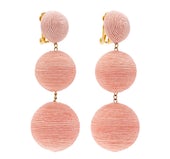 “We like to tag Upper East Side women as ‘ladies who lunch’ — and they definitely do — but they also close deals and pick up kids and buy groceries and run companies,” says Fivestory founder Claire Distenfeld. “While they like to dress up, they also need daywear to be functional and comfortable. Does this fabric wrinkle? Can it be cleaned? Can she get out of a taxi in it?”

Rebecca de Ravenel earrings and Gianvito Rossi’s Portofino sandals are among her most popular items. Distenfeld has also been designing Fivestory branded product inspired by her travels. “We have blown through 74 caftans in one month from my trip to Morocco,” she says.

“Our customer is anything but typical,” says Lauren Amos, owner of Atlanta’s luxury fashion and streetwear haven Wish. “They range from young creatives and professionals to athletes, artists and other local influencers.” They might be shopping for a night out, a weekend event or just to get the latest sneaker, she says.

“Currently Adidas is the hot ticket item for shoes at the moment,” she adds, noting that Yeezy, Ultraboost and NMD styles all fly off the shelves. “For apparel, Comme des Garcons Play always flies quickly, and we have seen success with a small Danish brand, Les Deux.”

11. All Too Human, Boston, Massachusetts

“One of our favourite clients is 80, she just bought a Raf Simons sweater as a dress,” says Jessica Knez, owner of Boston concept store All Too Human.

“There's a new client we're noticing that is a fashion groupie,” adds her business partner Joseph Morrissey. “They look at designers like Raf [Simons] and Gosha [Rubchinskiy] as celebrities.”

Indeed, the latter is one of the store’s most in-demand labels. “People seem to like the graphic pieces with type and logo,” says Morrissey. “The first to go this season was the lime green Fila sweatshirt. Next delivery is the Kappa collaboration — there's a tank top with a Rowa logo that won't even hit the floor.” 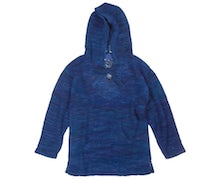 “Our customers are, in general, sophisticated, well-travelled and affluent women and men who are interested and involved in arts, design and culture,” says stylist Tiina Laakkonen, who opened her Hamptons boutique in 2012. “They shop for their everyday lives… the shopping has more of a flow rather than the usual frantic ups and downs of ‘fashion’.”

Laakkonen’s experience and relationships inform her buy. With The Elder Statesman, for instance, one of her best-selling brands, she collaborated on a custom indigo collection. “Our customers love the casual luxury of The Elder Statesman sweaters,” she says, praising the label’s “artisanal, hand-spun and hand-dyed yarns and hand-knit relaxed shapes.” 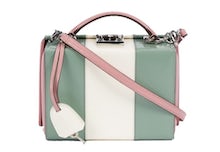 “The Webster woman is shopping for her everyday life but is not super traditional in doing so,” says the Miami boutique’s owner, Laure Heriard Dubreuil, who has three other outposts across the US.  “They are knowledgeable about brands as well as the designers behind them.”

Jewellery and handbags drive the most business at The Webster. “Mark Cross does extremely well due to the brand’s quality and craftsmanship as well as the price point,” says Heriard Dubreuil, who carries an exclusive version of the Grace style in The Webster’s house colours. “Once we share the rich history of the brand with our clients, they immediately fall in love.”

A version of this article appears in BoF's latest special print edition: "America."