NEW YORK, United States — On Monday, Hudson’s Bay Co. announced that it had sold Gilt Groupe to rival flash sales site Rue La La in an attempt to increase its own profits. The terms of the deal were not disclosed, but it’s safe to say that Hudson’s Bay did not see enough long term value in Gilt Groupe, which it bought in 2016 at what was then thought to be a bargain-basement price of $250 million. HBC is thought to have offloaded it for even less this time around. (Once valued at a billion dollars, the flash-sales pioneer fizzled after the recession as designer-brand inventory levels evened out.)

For Rue La La, the acquisition was a strategic one, according to chief executive Mark McWeeny, pushing its annual revenue to at least $1 billion. Now, the company has the scale to rival that of Zulily in the US, Vente-Privée in Europe and Vipshop in China.

Fewer, bigger deals sites are a more attractive proposition to brands, which can send large amounts of clothes and accessories to one or two sites rather than managing numerous relationships with buyers, said Ronen Lazar, chief executive and co-founder of Inturn, a software platform that helps apparel companies connect with off-price buyers. Rue La La and Gilt could also combine expensive back-office work like managing inventory and photographing items, making them more competitive, he said.

But the failure of Gilt Groupe’s marriage to Hudson’s Bay, which also owns Saks Fifth Avenue and its off-price division Saks Off Fifth, spells wider trouble for the luxury off-price market, which upscale department stores have relied on for years to boost weak performance in main-line retail.

Consider Nordstrom, which operated 235 Nordstrom Rack locations at the end of 2017 compared to 117 mainline locations. Last year, Nordstrom Rack and its flash-sales product, HauteLook, accounted for 33 percent of the department store's overall sales, up from 31 percent in 2016.

But just as sales in this channel become increasingly important to the topline, they are beginning to slow down. In the first quarter of the year, sales in Nordstrom's off-price channel increased just 0.4 percent. Saks Off 5th sales were down 3.5 percent. Last fall, Neiman Marcus said that it would close 10 of its Last Call discount shops.

At the same time, downmarket off-price retailers like T.J. Maxx and Marshalls are thriving. Why the difference?

For one, department stores frequently offload slow-moving inventory from main-line stores mid-season, meaning that sometimes you’ll find the same product in both channels. This can lead to cannibalisation.

What’s more, there is simply not as much high-end merchandise to discount these days as stores buy fewer units upfront. For years, downmarket off-price retailers have gotten around this roadblock by buying white-label, generic product from third parties to ensure they have enough deeply discounted inventory on hand. Department stores can’t get away with this so much because consumers expect name brands from them.

The white-label strategy has worked well for the mass players. The biggest US discount chains, including T.J. Maxx, Burlington Coat Factory and Ross, owned 13 percent of the country’s $261 billion apparel and accessories market last year, up from 10.5 percent in 2012, according to investment banking firm Cowen & Co. T.J. Maxx alone generated $35.9 billion in revenue last year, nearly as much as Macy’s and Nordstrom combined.

Cowen predicts that share will continue to grow by roughly a half percentage point per year. Off-price makes up a smaller share of the market in Europe and Asia, but is growing rapidly in those regions as well.

For many apparel brands, showing up now and again in these off-price chains is less damaging — and more profitable — than seeing their full-price product transferred to a department store’s off-price location. As Cowen points out, TJX can offer distribution through more than 4,000 global stores (including T.J. Maxx and smaller chains like Marshalls and HomeGoods).

And because off-price chains typically don’t advertise which brands they carry at any given time, plenty of labels that see discounting as off-message can still “hide” their clothes on crowded racks.

So, where does this leave department stores? They may have to rethink how they approach their off-price channels — from the timing of delivery of the product to the promotions offered on both sides — in order to eke out the upside of discount culture, while resisting a long-term addiction to what can become a brand diluting channel. 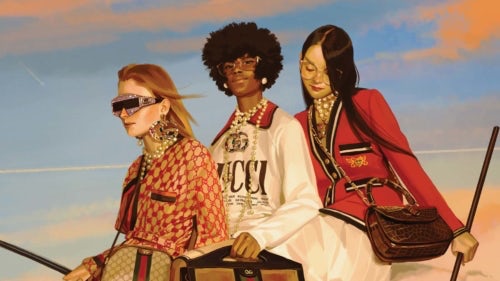 Gucci aims for €10 billion revenue threshold. The Italian fashion house — the biggest earnings driver at Kering — said it expected sales to grow at twice the pace of the luxury market. It did not outline a timeline for its ambition. Last year Gucci, with €6.2 billion in sales, came in behind Louis Vuitton, which was estimated by analysts to bring in over €8 billion. Gucci added that it aimed to have an operating margin of more than 40 percent, compared to around 34 percent in 2017.

Richemont completes Lancel sale to Piquadro. The transaction won’t materially impact the company’s balance sheet or cash flow, the luxury-goods group said, without disclosing financial details. The disposal comes more than a decade after Richemont bought the Paris-based brand for 342 million Swiss francs ($346 million). The sale follows several acquisitions including the buyout of Yoox Net-A-Porter Group and the purchase of Watchfinder.

Hudson's Bay to shut Lord & Taylor flagship. The department store chain said it would sell up to 10 Lord & Taylor stores, including its flagship Manhattan outlet. The company, which owns the Saks Fifth Avenue luxury retailer, reported a net loss of C$400 million ($308.5 million) in its first quarter ended May 5, following a net loss of C$221 million a year earlier.

Ralph Lauren wants to increase sales by $1 billion by 2023. Chief executive Patrice Louvet and his team outlined a five-point plan geared not only to boost revenue, but to also add $300 million in incremental operating income to the balance sheet. Louvet is also determined to dole out $2.5 billion to shareholders over the next five years.

L Catterton invests in Jessica Alba's Honest Co. The baby goods and personal-care retailer is getting a $200 million investment from L Catterton. The investment, which is for a minority stake in the business, will help Honest Co. bolster its supply chain and global reach. The size of the stake wasn’t disclosed.

Young Chinese shoppers fuel luxury goods rebound. China will cement its status as the sweet spot for luxury companies in 2018, according to a new study by Bain. Sales in mainland China could grow by 20 to 22 percent this year, far outpacing other markets like Europe where growth rates may not exceed 4 percent. 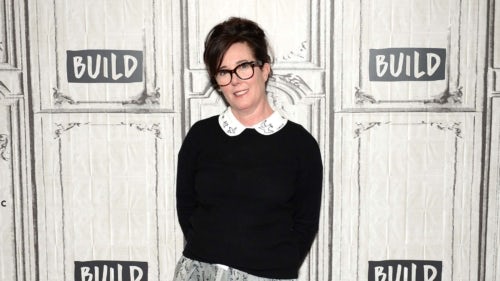 Kate Spade dead at 55. The pioneering accessories designer has been found dead in her New York apartment in an apparent suicide. Spade, along with her business partner and husband Andy Spade, led a fashion revolution in the 1990s by establishing one of the first modern accessories brands. She is survived by one daughter.

LVMH's Antoine Arnault takes up group image. When it comes to the future of LVMH, Bernard Arnault has made it clear that family comes first. The chief sent a memo to employees announcing his son Antoine’s new responsibilities as head of image and communication — a role that had previously been the mandate of Nicolas Bazire, a longtime Arnault deputy working on business development and acquisitions.

Prada's next generation steps in. Lorenzo Bertelli, the eldest son of Prada’s co-chief executive officers , has joined the company in a key role, putting him into position as a possible successor to Miuccia Prada and Patrizio Bertelli, who turned the Italian luggage maker into a global fashion powerhouse. The duo control about 80 percent of Hong Kong-listed Prada SpA, which also owns the Miu Miu, Church’s and Car Shoe brands.

Hedi Slimane is reimagining Céline. The Los Angeles-based designer is laying out plans to completely renovate the brand’s fleet of 140 stores and is also rethinking the model for delivering product to the consumer. According to sources, Slimane plans to adopt a fluid delivery cycle that mimics the drop-style made famous by streetwear brands including Supreme. He is set to show his first collection for the house in September during Paris Fashion Week.

LVMH reveals 2018 prize winners. Tokyo-based designer Masayuki Ino of Doublet was crowned the winner of the LVMH Prize, while Rok Hwang was awarded the creative prize. The 2018 CFDA Award winners were also announced, with Raf Simons scooping Womenswear Designer of the Year for his work at Calvin Klein, which he nabbed last year as well. The most surprising win, however, was James Jebbia's Supreme for Menswear Designer of the Year.

L’Uomo Vogue to relaunch. Condé Nast Italia is relaunching L’Uomo Vogue, about a year after closing the menswear magazine and other specialty Italian titles. The new incarnation of L’Uomo Vogue will publish twice in 2018, in June and October, and will be available on newsstands and initially bundled with Vogue Italia subscriptions.

MyTheresa launches print magazine. The luxury e-tailer is making its print debut with new bi-annual magazine "The Album." The issues will be created by MyTheresa's in-house creative and communications team, led by MyTheresa creative director Julian Paul and Achtung Mode founder Markus Ebner. Roughly 70 percent of content will be creative, while 30 percent will promote products sold by the retailer.

Amazon to create more than 2,500 jobs in Britain this year. The e-commerce giant has invested over £9.3 billion ($12.5 billion) in its UK operations since 2010 and remains unconcerned by Britain's impending exit from the European Union. According to Amazon, the new jobs will be in head office, research and development, web services and operations roles.

Zalando to expand to Ireland, Czech Republic. The two countries will be served by its existing warehouses from this summer. Europe's biggest online fashion retailer said it could add other markets later, but does not expect profitability to increase for years as it invests heavily in logistics and technology.