In an effort to drive foot traffic, Kohl’s is accepting Amazon returns in over 1,100 stores; Nordstrom will soon accept returns from Urbanoutfitters.com. These types of unlikely partnerships might be big retail’s smartest defence yet.

In an effort to drive foot traffic, Kohl’s is accepting Amazon returns in over 1,100 stores; Nordstrom will soon accept returns from Urbanoutfitters.com. These types of unlikely partnerships might be big retail’s smartest defence yet.

Many in the retail world were skeptical when Kohl’s first announced it would allow customers to return Amazon purchases in a handful of stores back in 2017. After all, the e-commerce giant is the prime factor behind the waves of store closures and bankruptcies that have swept malls across the country.

As it turns out, they may have been onto something. On Tuesday, Kohl’s said it would expand the partnership to over 1,150 locations in the continental United States, from about 100 currently. In addition to processing returns, Kohl’s is also selling the Echo assistant and other Amazon products in 200 stores. Kohl’s shares jumped 11 percent on the news.

The partnership addresses glaring weaknesses that have emerged in both companies’ business models. Kohl’s has struggled to stem a decline in foot traffic as customers discover they can save a trip to the mall by buying the same products on their phone. Meanwhile, Amazon has perfected the experience of online shopping, but returns remain a sore spot, with customers forced to repackage unwanted items and hunt for a drop-off location.

Now, Amazon has secured over 1,000 new drop points, where customers can hand off their purchases, with or without a box or shipping label. It’s also gained a partner willing to take on the complex and thankless task of consolidating and shipping returns to a processing centre. In return, Kohl’s gains a compelling reason for tens of millions of Americans to stop by its stores, where some subset will hopefully pick up a pair of sneakers or a slow cooker on the way out.

While not generally the first thing that comes to mind when it comes to experiential retail, returns are outpacing Instagram walls and art installations as a key attraction for brick-and-mortar stores. Just last week, Walgreens and Nordstrom said they would start allowing customers to pick up packages and drop off returns for online orders placed with Urban Outfitters, Cole Haan and others. The number of brands participating should expand from about a dozen to over 100 within six months, said Amit Sharma, chief executive of Narvar, the technology provider that administers the service.

There’s a reason so many retailers are focusing on this unglamorous aspect of the business: survey after survey shows it’s a top priority for consumers, and also a major pain point. In a recent poll by Klarna, a payments processor, 81 percent of respondents said retailers need to improve their returns services. The problem is that returns are difficult and expensive — each item must be shipped back to a warehouse and evaluated to determine whether it can be resold — a process that quickly grows unwieldy.

“What retailers are facing is this tension between customer ease and the bottom line,” said Jordan Jakubovitz, senior director of product marketing at Optoro, a company that helps retailers process returns. When retailers team up, they increase the convenience factor for consumers while sharing the logistical burden, he added.

What lessons can we glean from this new spirit of cooperation?

First off, the fatalistic, battle-to-the-death narrative surrounding e-commerce and brick-and-mortar retail is proving overblown. Retailers on both sides of the digital divide have weaknesses they can’t easily resolve without help from the other. Along with returns, this is the force behind the rush among online brands to open stores or sign wholesale deals with department stores.

But these partnerships also demonstrate how foot traffic, rather than product, has become the primary battleground for the future of retail. Companies are realising that they must convince customers to visit their stores above all else, even if, in the case of Narvar’s service or Kohl’s, it means helping a competitor in the process. A similar motivation drives luxury brands like Gucci to hand over valuable floor space to elaborate exhibits and special events.

“They come and pick it up and what we love about it is, that's footsteps into the store,” Macy’s chief executive Jeff Gennette said of the company’s fulfilment strategy, where customers can opt to pick up online purchases in stores. “In about 20 percent of the case that customer buys something else when they're in the building. Generally what they're buying is equal or higher than the value of what they're picking up.”

Getting customers into stores won’t save brick-and-mortar retail on its own. Once inside, they need to be tempted by the merchandise on display, a quality often missing from department stores and other chains offering affordable but largely interchangeable clothes. Kohl’s hasn’t quite solved this problem, though it has built a stable of exclusive labels fronted by famous names, including Vera Wang, Lauren Conrad, and most recently, Mary-Kate and Ashley Olsens’ Elizabeth and James. Macy’s is going even further, turning over floor space at dozens of stores to Story, the experiential retail pioneer it acquired last year.

But in the end, the returns strategy indicates that Kohl’s and other mass retailers are betting that convenience, not assortment, matters most. Amazon has one-click shopping, and stores are attempting to make purchases and returns just as simple, while leveraging the areas where the in-store experience remains preferable to the online equivalent.

The rise of showrooms where customers can try on clothes but have their purchases shipped to their homes is one attempt to combine the best of both worlds. Returns are another. Walmart, for example, allows customers to process returns on their phones before bringing the items back to stores. Small wonder that brands like Levi’s that have rapidly growing online sales would jump at the chance to add over 8,000 Walgreens — as well as Nordstrom — as drop-off points.

“From the brands’ perspective they are serving the consumer needs, but from the Nordstrom perspective they want to be the store of the future, they are appealing to consumers that, hey, we offer a differentiated experience,” said Sharma, of Narvar’s new returns service.

It’s too soon to tell whether Kohl’s is securing its future by cozying up to Amazon, or, by aiding the enemy, helping to hasten the demise of brick-and-mortar retail. But it’s an experiment worth watching. 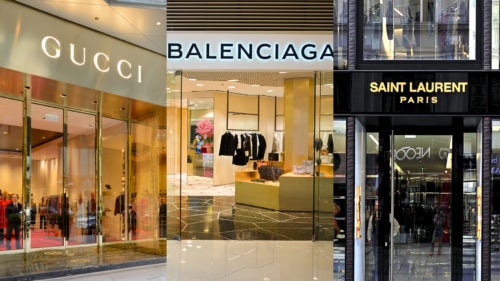 Balenciaga set to cross $1 billion mark. This week at Kering’s headquarters on Rue de Sèvres, chairman and chief executive François-Henri Pinault presented his plan to become the “most influential group in the luxury universe” to shareholders. While Gucci and Saint Laurent continue to see double-digit growth, analysts suspect that the company may entertain a major acquisition in order to continue to generate value. Likely targets include luxury apparel, accessories and jewellery.

Lululemon to expand into shoes and self-care. The workout clothing brand, best known for its yoga pants, plans to enter the footwear and self-care space with shoes, deodorant and dry shampoo as part of a five-year growth plan. The company expects to double its revenue in menswear and online retail. Analysts predict that this move will allow Lululemon to reach its current revenue goal of $4 billion by 2020.

JD.com partners with French fashion group SMCP. The parent company of labels Maje and Sandro hopes to capitalise on Chinese consumer’s online shopping habits, where a desire for the group’s brands has grown. The group is majority owned by Chinese retail group Shandong Ruyi.

H&M to list supplier names for all clothing products. The fast-fashion retail giant will list production country, individual suppliers, factory names and addresses as well as the number of workers in each factory for each garment it produces on its website. The announcement coincided with the release of the latest edition of Fashion Revolution’s Transparency Index, which reviewed 200 major brands and retailers’ public disclosures and gave the companies an average rating of 21 percent for the transparency of their supply chains.

Macy’s considering adding office tower on top of its New York flagship store. According to a source, the company is in preliminary talks to add a 1.2 million-square-foot (111,500-square-meter) office on top of its Herald Square store that would include other tenants. While the company is still in the exploratory phase, it’s shown interest in expanding its real estate holdings. A representative for Macy’s had no immediate comment. 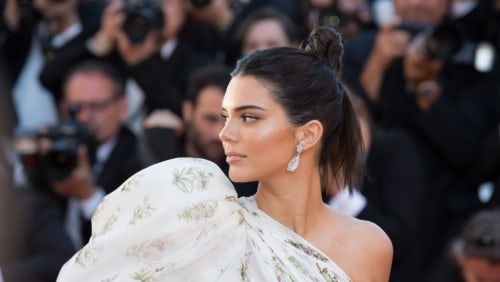 Kendall Jenner launches dental brand. The model is following in the footsteps of her famous sisters, who have all co-founded product brands in recent years. Jenner’s new dental line Moon Oral Care, founded with Shaun Neff, will offer toothpaste, floss and whitening pens and is set to launch at Ulta in May. 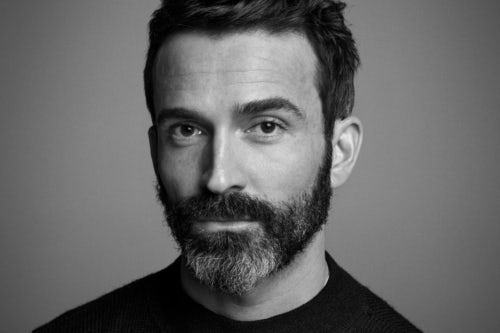 Asos billionaire loses three children in Sri Lanka attacks. A spokesperson for Anders Holch Povlsen, the largest stakeholder in fast-fashion retailer Asos, confirmed that three of his four children were killed during the Easter bombings, in which almost 300 people died and 450 were injured. 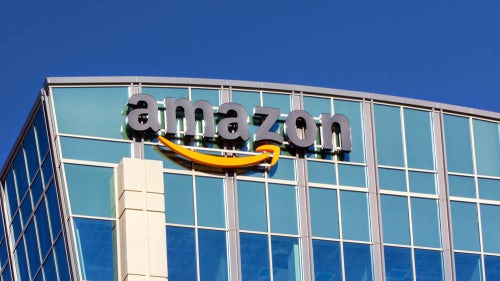 Amazon raises spending to accelerate Prime delivery speed to one day. Chief Financial Officer Brian Olsavsky said Amazon is still reaping rewards from prior years of hiring and investments in warehouses and other infrastructure. First-quarter net income more than doubled to $3.6 billion, while analysts were only expecting $2.4 billion. The company will spend $800 million in the second quarter on accelerating Prime delivery, which will add pressure to rivals already racing to keep up.

Dazed partners with Yoho! to launch in China. The British independent fashion and culture media brand, founded by Jefferson Hack and Rankin Waddell in 1991, will come to China in August 2019 through a licensing agreement with Chinese youth culture empire Yoho!. The launch is made possible by C Ventures’ Adrian Cheng, already an investor in both Dazed Media and Yoho!, who facilitated the deal and will be chairman of the newly formed company Dazed China.