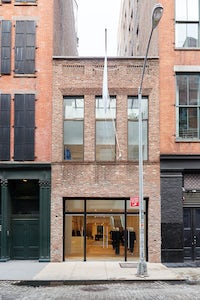 NEW YORK, United States — Totokaelo, the young-luxury retailer with roots in Seattle that opened an ambitious 8,400-square-foot store in New York City's Soho neighbourhood last autumn, has been purchased by Herschel Capital Corp. (HCC), the Vancouver-based owner of accessories brand Herschel Supply Co., BoF has learned. As part of the deal, Totokaelo will enter into a long term operating agreement with the Richmond, Virginia-based retailer Need Supply Co., in which HCC owns a minority stake. This means that Need Supply’s operations department will take over some of Totokaelo’s back-end functions, such as warehousing. 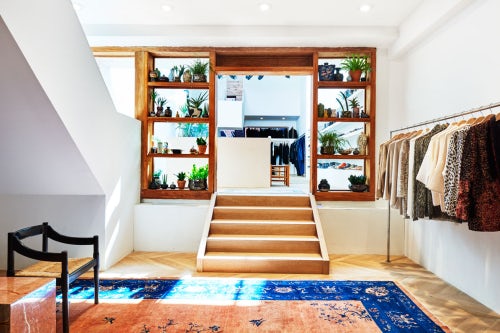 As part of the deal, Wenger will step down as chief executive of Totokaelo, but remain with the company and focus on product and creative, as well as store interiors and design. The Need Supply and Totokaelo brands will remain separate, according to Herschel managing director and co-founder Lyndon Cormack. “The businesses will be run completely independently,” he said. “We’re huge fans of Jill and what she has done with Totokaelo.”

Cormack, along with his co-founder and brother Jamie Cormack, have quietly begun to build a mini-empire in Vancouver. Along with their own accessories business, which has grown to more than 10,000 wholesale accounts and 150 full-time employees since its founding in 2009, the investment arm of the company now owns a stake in two retailers — Need Supply (minority) and Totokaelo (majority) — as well as the 8100 Melrose Avenue shopping complex in Los Angeles, which is a partnership with Aritzia chief executive Brian Hill. (Better known as the Fred Segal Center, retailers including Ron Robinson and Ron Herman occupy the space. The worldwide rights to the Fred Segal name is owned by Sandow.)

Cormack says that he and his brother have long admired Totokaelo, which first opened in Seattle in 2008 and quickly earned a reputation for sourcing avant-garde and directional designs — including Dries Van Noten, Rick Owens and Junya Watanabe — which could not be found elsewhere in the city. Prior to that, Wenger owned the contemporary boutique Impulse, which she opened with a $20,000 loan from her grandparents in 2003.

The news comes almost exactly one year after Wenger opened the Manhattan location of Totokaelo, a towering space on Soho’s Crosby Street. At the time, the business was profitable and set to generate $17 million in sales in 2015. According to sources, sales are on track to hit $25 million in 2016.

We are making investment not only [in] resources but also capital, which will keep vendors happy, keep the industry happy and keep the stores progressing.

But Wenger, who secured a bank loan to open the New York store, faced serious financial issues after it opened, including failure to meet vendor payments, according to sources familiar with the matter. What's more, the company could no longer afford to hire adequate retail employees for its New York location, or make upgrades to the space.

The retailer also had to do away with small touches like its signature packaging in order to stay afloat. In January 2016, the average yearly rent for a retail space in Soho was $535 per square foot, which means Wenger could be paying upward of $37,000 a month to rent the building where Totokaelo is located.

In her note to vendors, Wenger emphasised that “Totokaelo finally has the financial backing to pay all vendors on time every time.”

“We are making investment not only [by providing operational] resources but also capital, which will keep vendors happy, keep the industry happy and keep the stores looking beautiful and progressing,” adds Cormack. “There are some issues, and we’re fixing them.”

Cormack said that Herschel is also fully committed to developing Totokaelo's in-house line, which launched last autumn in conjunction with the opening of the New York store, with intentions of tapping its own extensive network of manufacturers and suppliers.

Both the Seattle and New York locations of Totokaelo are set to remain open, with the possibility of more locations in the future. “If there is a space and place to continue to build the story, we certainly would consider it,” Cormack said. “The two stores are so special the next one has to build off of that.”

Wenger declined to comment for this story, although in her note to vendors she seemed enthusiastic about the partnership. It is known that Wenger had been looking for a strategic investor for quite some time, but that she wanted to partner with someone who could take over the operational and finances of the business. “Totokaelo has been the most incredible experience of my life,” she wrote in her note. “The main emotions I feel today are relief and excitement. This marks a new chapter in Totokaelo’s life. And I couldn’t be more pleased.”