Hello BoF Professionals, your exclusive This Week in Fashion briefing is ready, with members-only analysis on the key topic of the week and a digest of the week's top news.

This week, Swiss tennis player Roger Federer shocked spectators when he strode onto centre court at Wimbledon wearing a kit made by Uniqlo, confirming his split with Nike after a 24-year partnership and signalling his new role as the Japanese casualwear giant’s newest brand ambassador.

The deal with Uniqlo, one of the most lucrative in the history of sports, is said to be worth $300 million over 10 years, putting Federer, whose commercial appeal was already unparalleled, significantly ahead of top-earning footballers Cristiano Ronaldo and Lionel Messi, and NBA star LeBron James, in terms of endorsement income.

But Federer is only a month away from his 37th birthday and is unlikely to continue playing professional tennis until the end of the contract, which is said to contain a rare clause entitling him to $30 million per year regardless of whether he still competes on the world stage.

Why would Uniqlo put down such a large sum for Federer?

Federer has won more Grand Slam titles than any man in history, putting him in a rare class of legendary athletes who can enjoy staying power in the public consciousness long after they retire from professional sports. And, indeed, Uniqlo’s plans for Federer extend far beyond the court.

“Mr. Federer is one of the greatest champions in history; my respect for him goes beyond sport. Our partnership will be about innovation on and off court,” hinted Tadashi Yanai, chairman, president and chief executive of Fast Retailing, Uniqlo’s parent company.

Yanai aims to turn the purveyor of colourful, well-designed basics into the world’s number one fashion giant, with revenues of $29 billion per year by 2020, surpassing Zara and H&M, the largest and second-largest apparel chains. And while this may be a largely symbolic goal, down from the $50 billion by 2020 target he had previously set, Fast Retailing — which generated fiscal 2017 sales of 1.86 trillion Japanese yen ($16.9 billion) — still has a long way to go.

Fast Retailing plans to boost productivity by transforming itself into a “digital consumer retail company” that can quickly translate customer demand signals into better products and services. But one thing is for certain: to have a chance of getting anywhere near its goal, Uniqlo must win over the world beyond its home country of Japan, where the company has saturated the market.

Uniqlo has made spectacular progress in Asia. But winning in Europe and the US, where brand awareness remains relatively low, will require serious marketing muscle. Cue Federer, who the company has dubbed “one of the world’s most influential and universally admired people.”

As much as Uniqlo is positioning itself as a digital leader and aims to boost its e-commerce business, acquiring new customers online through push marketing or paid search is expensive, especially for a company that sells T-shirts for $9.90. Of course, digital marketing is a key component of the Japanese giant’s arsenal. But Uniqlo will only really win in the West when it drives the kind of brand awareness and emotional connection that gets customers to actively seek out its products — and it’s betting that its new tie-up with Federer can help the company create this.

What’s more, although Federer clearly has appeal far beyond the world of tennis — having endorsed everything from Rolex and Mercedes-Benz to Credit Suisse and NetJets — it helps that core tennis fans, though smaller in numbers than fans of basketball or football, are more evenly split between genders, relatively affluent and more likely to pay for Uniqlo’s design- and quality-conscious offering, which is less stylistically bold than the products sold by competitors H&M and Zara.

Long-term deals with athletes can come with risk, of course. In 2012, Nike ended its contract with cyclist Lance Armstrong, following revelations that he had taken performance-enhancing drugs.

But ultimately $30 million for Federer, while at first an eye-popping number, is less than one percent of Fast Retailing’s $4.9 billion in international sales last year. And the total long-term cost of the contract — $300 million over ten years — is less than the lifetime deal, said to be worth between $500 million and $1 billion, that Nike signed with LeBron James.

For Uniqlo, it’s a gamble worth taking. 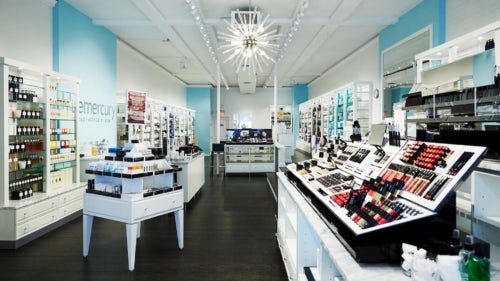 Macy's plans 60 new Bluemercury stores in 2019. The growth will bring Bluemercury’s store count to about 220. Most of the locations will be in areas where the cosmetics brand doesn’t already have a presence. Bluemercury, acquired by Macy’s for $210 million in 2015, has become a key part of the department store’s strategy to defend itself from online competitors and the rise of chains such as Ulta and Sephora.

Louis Vuitton cuts prices in China. The French luxury house has lowered its prices across its stores and e-commerce site in mainland China, following the government’s latest policy to reduce import duties on consumer goods. It is estimated the brand has made prices cuts of between 300 yuan ($45) and 1,500 yuan ($226) on various products, making the average price reduction rate between three and five percent.

Superdry revenue climbs on online sales. E-commerce revenue jumped 25.8 percent for the full year, helping the company post a 9.2 percent rise in retail revenue, which makes up about 70 percent of their total. Group revenue rose 16 percent to £872 million, while underlying profit before tax was up 11.5 percent at £97 million.

Primark sticks to cautious US expansion plans. The retailer will open a store in Brooklyn this year, bringing the total number of US outlets to nine. The chain's US business could be worth as much as £4.7 billion ($6.2 billion) if the company is able to successfully translate its fast-fashion model, according to a Barclays analyst. Primark’s overall sales have risen 6 percent for the year to date in constant-currency terms. 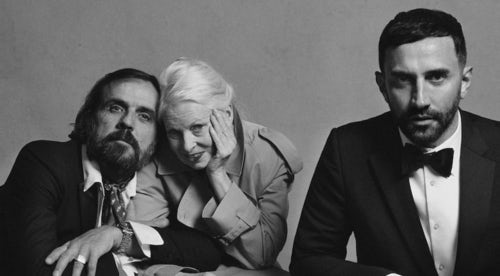 Burberry collaborates with Vivienne Westwood. The British megabrand is collaborating with punk-fashion icon Vivienne Westwood on a limited-edition collection, which will launch in December 2018 and consist of reworked styles from Vivienne Westwood’s archive. The move comes four months after former Givenchy creative director Riccardo Tisci took the creative helm at Burberry.

Asos names former ITV boss as next chairman. Adam Crozier, the former boss of broadcaster ITV, will succeed Brian McBride, who has been with Asos for six years, after its annual shareholders' meeting on November 29. Asos is currently Britain's biggest e-commerce success story and its current market capitalisation of £5.12 billion ($6.73 billion) is bigger than Marks & Spencer's.

Nyden's managing director leaves. Oscar Olsson is leaving Nyden, H&M's millennial focused start-up, on paternity leave. The existing leadership team will assume his duties until a replacement is found. Market sources say he is unlikely to return, raising questions about the brand's strategy and future.

V&A to stage Dior exhibition in London. The museum will explore the French couturier’s relationship with British culture in an exhibition opening February 2019.  Curated by Oriole Cullen, it will be the largest show staged at the V&A since the record-breaking “Alexander McQueen: Savage Beauty” show in 2015.

Quartz sold to Japanese media firm in deal worth up to $110 million. Uzabase will acquire the fast-rising business publication from Atlantic Media as it looks to accelerate its overseas expansion. The value of the deal will depend on Quartz reaching financial targets, Uzabase said in a statement.

Drone deliveries are becoming a reality for JD.com. The Chinese e-commerce giant is building networks of large and small unmanned aerial vehicles (UAVs), to deliver goods on a large scale and solve the expensive 'last-mile' problem for couriers in the world’s biggest e-commerce market as well as globally.

Start Today bets on custom-fit fast fashion. Japan’s largest e-commerce company has unveiled a made-to-fit private label — meant to be sold to customers using a body-scanning suit and app — for youth-brand Zozotown, launching in the US at the end of July. The launch is a big bet for a company that gets about 90 percent of its sales by providing a marketplace for clothing by other brands.

Instagram has a social shopping master class. The company has been studying social commerce and sharing its learnings with the likes of Madewell, Birchbox and Cynthia Rowley at its New York offices, encroaching on territory coveted by Amazon and traditional retailers eager to grow online sales.