SAN FRANCISCO, United States — Jessica Lee got her start in the apparel business the old-school way. She trained at Gap Inc’s famous retail management program — “the Harvard of retail” — which landed her a job working on strategy and business development in the company’s e-commerce division.

But when Lee left Gap to launch direct-to-consumer label Modern Citizen in 2014, she wasn’t thinking about taking on the struggling American basics behemoth. Instead, she had her eye on Gap’s albatross: Spanish fast fashion leader Zara, which, along with Swedish giant H&M, has disrupted the global clothing industry with a revolutionary “cheap chic” model that emphasises customer data, flexibility and speed to market, stealing significant business from both the top (designer) and the bottom (big box) of the apparel food chain.

To keep prices down but quality up to par, Lee works with factories in China to manufacture product during off seasons, combining this neat trick with sourcing year-round from quick-turnaround vendors. Lee aims to match Zara on prices, but surpass it on perceived value. “The price-value relationship will be the key differentiator for the young guys trying to compete in this very fragmented market,” she says. “It’s the way we present the assortment. A more curated experience is actually the white space. We’re up to 300 SKUs at our highest peak time, but we’re not delivering 3,000 new items a day.”

“Zara delivers an amazing product, but it’s not emotional. It’s very utilitarian,” adds Lee, who has bootstrapped Modern Citizen from launch. The company is currently on track to generate revenue in the low seven figures in the next year.

The future belongs to the few and the new: those few who can transform themselves and new ventures that fill the millennial void.

But Modern Citizen is just one of several start-ups taking aim at Zara and H&M. “What is favourable for these start-ups is that they do not have to undo bad habits [that are] so embedded in the industry,” says John S. Thorbeck, chairman of supply chain advisory firm Chainge Capital, referring to the long lead times, clunky infrastructure and unnecessary layers of management that have hobbled traditional retailers. “The future belongs to the few and the new: those few who can transform themselves and new ventures that fill the millennial void.”

While young consumers may rely on fast fashion giants like Zara and H&M to fill the majority of their wardrobes, niche brands still have significant opportunity to gain closet share as traditional retailers struggle. “Fashion consumers are still highly fragmented, as are their retailers of choice,” Thorbeck says. “There are wide open spaces in aesthetic styles, customer niches and product difference.” 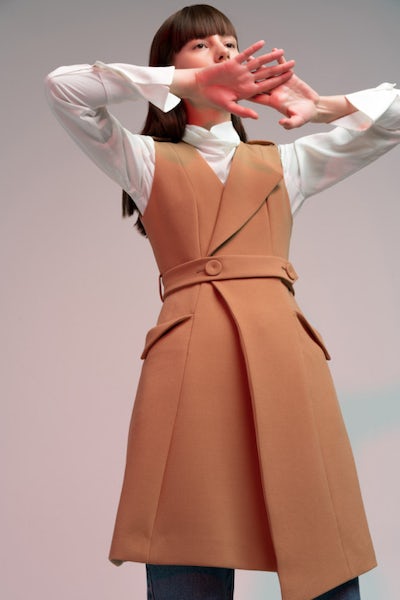 Like Modern Citizen, San Francisco and Shanghai-based apparel startup Genuine People has amassed a following with a clear aesthetic focus rooted in Asia's trend-forward street style. Founded in 2014 by chief creative officer Sharona Cohen and chief executive Nave Avimor, two apparel industry executives with close ties to the Chinese manufacturing system, the direct-to-consumer retailer sells clothes from local Asian labels and vendors, with almost-daily drops to keep inventory fresh. “Because we have built relationships with factories and vendors, we’re able to play the domestic game,” Avimor says. “That means low quantities of inventory, a fast turnover of goods, and we’re able to offer a wide range of SKUs.”

But Avimor insists that it’s Genuine People’s “Asian flair” that distinguishes it. “We are based in China and choose to associate Genuine People with Asian style,” he says. “We’re creating fans of the brand. I don’t see anyone that’s actually a fan of H&M.” Genuine People said net revenues increased 223 percent in the past year and sales are on track to more than double in the next 12 months.

Customisation is another way new startups are aiming to win over the young consumers, who currently flock to fast fashion but increasingly expect their products to reflect their personal preferences. More than 45 percent of those aged 13-34 have bought a personalised product before, while 85 percent like when brands offer the option to personalise products and services, according to a March 2017 report from youth marketing research firm YPulse. (While Gen Z is comfortable selecting product attributes like design and colour, millennials prefer to receive recommendations based on their preferences.)

Los Angeles-based Fame and Partners makes what it calls “anti-fast fashion,” meaning custom, made-to-order pieces that ship in seven-to-ten business days, depending on the complexity of the product. “There’s a disposable culture around fashion,” says chief executive Nyree Corby, who founded Fame and Partners in 2013 after identifying a number of apparel industry pain points while working in venture capital. “What really struck me was that there were underlying problems with the market — a lack of tech motivation.”

Customisation promises a better fit and thus can command a higher price and result in fewer returns. The on-demand nature of the business model also means less inventory to hold (important to a brand’s cash flow) and a better alignment between supply and demand. Since its launch in 2014, Fame and Partners says it has managed to quadruple its sales each year, although the brand declined to disclose its current run rate.

We’re creating fans of the brand. I don’t see anyone that’s actually a fan of H&M.

But perhaps the largest distinction between the wave of young startups and world’s fast fashion incumbents is the newcomers’ ability to build genuine communities around their brands. Consider Los Angeles-based label Anine Bing, whose trend-driven product is inspired by the style of its founder and creative director, a model and digital influencer with over 400,000 highly engaged followers. “I got onto Instagram really early, and I quickly saw the opportunity to sell product that way,” Bing told BoF in May. “I launched a web shop and I was wearing the clothes myself and on Instagram and the blog.” Five years after launch, Anine Bing is sold at over 250 stockists and the label’s eight direct-retail stores and e-commerce site.

“You can differentiate yourself by how you build a community,” Thorbeck says. “The tribe, or multiple tribes, that you’re after — there is a bond that you may be able to create.” In some ways, labels like Anine Bing are the second coming of Nasty Gal, which managed to build a unique community around its brand before bad decisions got in the way, forcing it to file for Chapter 11 bankruptcy protection in November 2016. (British fast fashion leader Boohoo acquired the brand’s intellectual property earlier this year, re-launching it in May).

But no matter the strategy, delivering consistent quality remains critical — and where so many start-ups fail. Early in its trajectory, Genuine People struggled to maintain consistency in terms of sizing and fit. At the time of launch, the brand offered 2,000 product SKUs, showcasing its wide access to different vendors. But it soon ran into trouble.

“We quickly learned that we had too many vendors and weren’t able to monitor quality and fit like we had envisioned,” Avimor explains. “Since we are still a small team, we were able to directly interact with our customers, take in their feedback and react immediately by refining our sizing and manufacturer strategy within a few months — based on US benchmarks — and scaling back our vendors to those that met our redefined standards of quality finish.” He adds that, “If we had not experienced these challenges early on, we may not have found our niche.”

But challenges aside, it's clear that many retail stalwarts — still wildly inefficient — will never survive the initial disruption of fast fashion, making the moment ripe for new challengers. “You can differentiate yourself by product, you can differentiate yourself by how you build a community… there are multiple ways to go forward,” Thorbeck says. “There is a very strong argument for new ventures.”

Can Nasty Gal Be Saved?