The 26-year-old New Yorker, stuck in her apartment in the East Village, is taking the coronavirus lockdown in stride. Omrani, who works in fintech, said she’s lucky to have a steady income as well as the company of her two roommates as the crisis unfolds.

And in her downtime, she’s shopping online: loungewear sets from Nasty Gal, workout gear from Carbon38, and a Mermade Hair Waver, courtesy of an Instagram advertisement. And if she qualifies for some extra cash under the $2 trillion stimulus package signed into law last week, she will be buying those Amina Muaddi shoes.

Omrani said that, despite evidence to the contrary, she’s really trying not to indulge in retail. What’s more, she is saving money by not going to bars and restaurants. 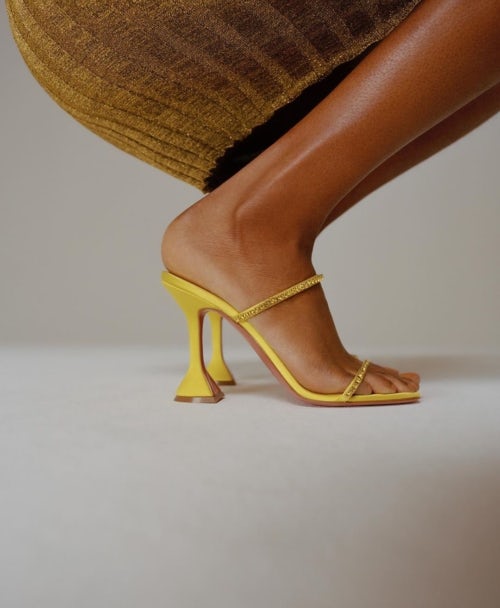 While Omrani may not be saving the economy, she is one of few still fuelling it. As non-essential stores across the country have been ordered to close and US unemployment is at a historical high, retail foot traffic is projected to drop more than 90 percent in the US, according to a recent Morgan Stanley report, while e-commerce for apparel and accessories is down 23 percent in the week ending on March 18, according to Earnest Research.

And yet, there are still some people shopping. For retailers and brands desperate to hold onto some income stream from sales, tapping into this pool of consumers is vital.

So, who is it? Who, in fact, is still shopping? Young people, it turns out. Millennials with job security like Omrani are spending more time online as they continue to work from home, leading them to browse on social media, which influences purchasing. Young consumers overall are more likely to shop online right now than older ones, according to data from Afterpay, an online payment service that allows consumers to pay for purchases in instalments. More than 70 percent of all purchases made by Afterpay customers are from Millennials and Gen-Z.

Facebook said in a blog post on March 24 that usage of its apps, including Instagram and WhatsApp, has spiked in countries with surging cases of Covid-19. The company said that in many of the countries most affected by the virus, messaging had increased more than 50 percent during the month.

In early March, online purchases made during standard working hours of 9am to 6pm were up 52 percent compared to the same period last year, according to a survey published by Hero, a customer service platform. Although various reports from late March showed that e-commerce sales for apparel and accessories are significantly down, certain retailers are seeing at least some sales come through, generating cash that could help them continue to operate during the lockdown.

Consumers shopping for luxury specifically also remain active — to an extent. Luxury sales were up 2 percent during the week of March 23, according to Qubit, a marketing platform utilised by companies like LVMH and Net-a-Porter that tracks 500 million shoppers. That’s compared to 40 percent down for fast fashion and 92 percent down for affordable luxury.

“The affordable luxury customer, who buys items in the $400 to $800 range, is more affected by this potential recessionary shock and they’re more cautious about right now about their income,” said Graham Cooke, Qubit’s chief executive.

They’re coming to that place of boredom and normalcy of being at home, wrapping their heads around the fact that [the quarantine] will continue.

Of course, online sales are not going to make up for brick-and-mortar losses. LVMH is expecting a revenue dip of up to 20 percent in its first fiscal quarter of 2020, while Kering anticipates Q1 revenue to be down up to 14 percent. But it’s something.

Stacy Smallwood, who owns Hampden, a luxury boutique in Charleston, SC, said her top clients are beginning to shop again after a few weeks of inactivity. These are customers who buy up to $15,000 worth of products in one excursion.

“At first, my top three clients were like, ‘Don’t send me anything yet,’” said Smallwood, who drives sales by sending clients a box of items in their size to try on at home without being charged. “But this week, they’re ready. They’re coming to that place of boredom and normalcy of being at home, wrapping their heads around the fact that [the quarantine] will continue.”

What Are They Shopping For?

Smallwood’s top shoppers are making emotional purchases, regardless of whether they can be worn during quarantine. Sacai and Simone Rocha have been particularly popular. “They still want the fun stuff, the fashion fantasy,” Small said.

Mass consumers, however, are looking for comfort. Loungewear has been the defining trend of the coronavirus epidemic, according to marketing research firm Edited. The US has seen a 13 percent spike in sellouts, year-over-year, for these products over the past week, the company told BoF March 27.

Omrani, the East Villager who works in fintech, was inspired to buy two Nasty Gal knitwear sets after seeing an Instagram post from influencer Arielle Charnas, who revealed on social media earlier this month that she tested positive for Covid-19.

Some beauty and wellness products, too, have seen a tiny boost as shoppers are stuck home, experts say. Qubit data shows that beauty sales are up 0.4 percent in the week ending March 30. Outside of the fashion category, though, the biggest winner has been home and home improvement, which is driving the 62 percent increase in sales for general retail online, according to Qubit.

“There has been a shift in emphasis towards the home unsurprisingly,” Natalie Kingham, fashion buying director at MatchesFashion, told BoF in an email. “Homeware accessories are also tracking positively with items such as candles doubling in sales.”

Many streetwear brands — which are mostly bought by young consumers, many of which might be relying on an allowance from their parents’ to buy clothes rather than a pay cheque — are also still generating sales. For instance, the Los Angeles-based Chinatown Market is one of the rare apparel labels that hasn’t seen a significant drop in orders. In fact, sales may be up thanks to a lift in e-commerce, according to president of the company Dan Altmann, who attributes the streetwear brand’s resilience to the epidemic to the digital nature of its Gen-Z fan base, its nimble inventory and its usage of the drop model rather than a traditional fashion seasonal calendar. 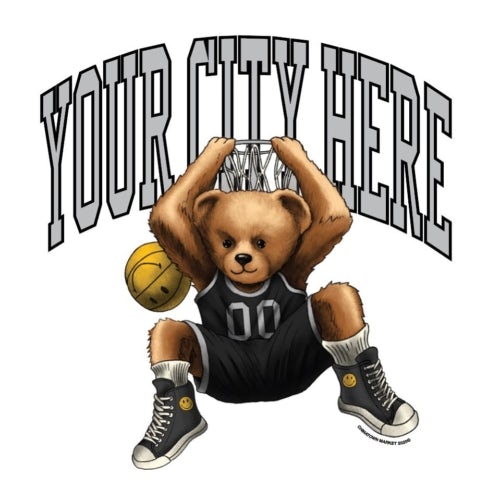 Much of Chinatown Market’s products are manufactured based on feedback from customers, such as its latest teddy bear T-shirt capsule, which includes T-shirts that say the name of 10 cities, which are voted on by Chinatown Market followers.

The capsule has been one of its best sellers in March, said Altmann. The company deliberately devoted even more efforts to drive social media, knowing that its followers — typically male, ages 18 to 25 — are home from school and are spending more time on Instagram.

“As a business, the virus forced us to focus on purely social,” Altmann told BoF. “Stores aren’t open, wholesale will be on pause, so let’s put everything we have toward initiatives that focus on people at home, enriching them and giving them product as well as content.” Programming in recent weeks includes Instagram Live sessions for a tie-dye tutorial and a livestream boxing class.

Fall Risk, another small drop-based streetwear brand, also said its business has been largely unaffected by the unfolding pandemic.

“Our drop model makes us less vulnerable,” said label’s founder John Targon. “I can recut my best selling products and it’s allowed me to be extra nimble, and I’m never sitting on inventory.”

Targon’s last drop was on March 24 — a collection of 13 one-of-a-kind vintage pieces painted over by artist Ian Ghent. It sold out in hours, Targon said. He’s planning his next drop for the second week of April.

Like Chinatown Market, all of Fall Risk’s marketing is through Instagram, where it also has a loyal following of Gen-Z users.

But despite the strength in some categories and niche labels, it’s unclear if e-commerce could continue to operate at its current capacity as Covid-19 continues to spread. Warehouses are beginning to close, such as high street retailer Next in the UK and TJ Maxx in the US.

This week, Amazon faced intense backlash for keeping warehouses open; 10 of its warehouses have had employees that tested positive for coronavirus.

“Everybody right now is experiencing the unknown, with possible supply chain issues and potentially closing warehouses,” said Cooke, of Qubit. “Now is a time to focus on loyal customers” — while retailers still can.

Why Are They Shopping?

The pandemic’s psychological effect on consumer behaviour is multi-layered: while self-isolation and sadness may spur some consumers who still have discretionary income to practise retail therapy, others retreat. And some may feel that being stuck at home with nowhere to wear their new purchases cancels out any reason to shop. Some are even conflicted ethically, as home deliveries require those in distribution centres and drivers to go out into the world during a time when we’re being told to stay home in order to stop the spread of the virus.

There are so many people that need support right now, so I’m spending more money to help local businesses.

Others, however, feel a moral obligation to spend. Jason Mai, a 24-year-old product designer in San Francisco, has also been shopping online as he spends his days at home. But said he’s trying to shop from his favourite local stores, such as Bows and Arrows, a streetwear boutique in Berkeley, and T-shirt shop Oaklandish.

“Shopping has been a weird change these days because it used to be a guilty thing you’d do and it would seem frivolous,” he said. “But now, retail therapy is encouraged… There are so many people that need support right now, so I’m spending more money to help local businesses.”

Ali Kriegsman, who runs Bulletin, a wholesale platform that connects small brands to small boutiques, created “Support the Stores,” a campaign that encourages retailers to promote each other, tagging each other in Instagram posts and collaborating on giveaways to swap followers. The reception so far has been overwhelming, she said. Retailers are currently using Bulletin to buy wellness products like face masks, humidifiers, teas, tonic blends, as well as socks and stationery.

“There’s only so much traffic a retailer can drive to their websites, but there’s a snowball effect when the entire wholesale community is supporting one another,” she said. “In this shop local movement, consumers are seeing what’s in their Twitter feeds, Instagrams feeds and they’re inspired by what their friends are doing.”