HANGZHOU, China — While it is not unusual for fashion designers to moonlight early in their careers, Sun Yun takes this to the extreme.

The Chinese architect-turned-menswear entrepreneur has also been a priest for the last ten years of his unusual career. Being twice as old as most of his peers when he launched his fashion label, Sun’s profile has divided opinion in his native China. Some say he is a polymath; others still see him as an outcast.

“People always misunderstand my faith, so I’m trying to express it in the purest way possible,” Sun tells BoF. “My responsibilities at church take up maybe a third of my time, but my values influence everything I do. The work never really stops.”

When he is not tending to his flock, Sun runs a world-renowned architecture and interior design firm in his native Hangzhou, whose clients include Google and Alibaba. To top it off, he brought fashion into the fold two years ago with the launch of his menswear label "Cornerstone by Sun Yun." 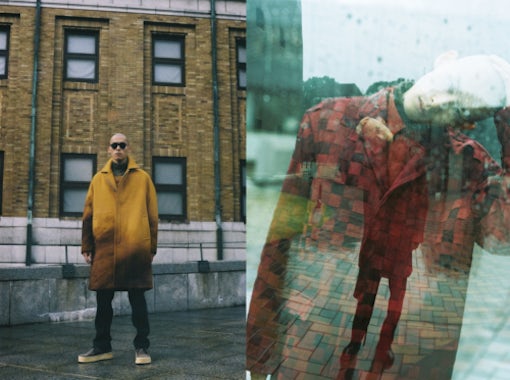 Perhaps by reason of his unique background, the 48-year-old doesn’t quite fit in with Shanghai’s up-and-coming fashion crowd. “I feel like a stranger in China’s fashion industry. The atmosphere can feel hostile at times and I don’t feel too comfortable having this persona in the mainland.”

Not fitting the mould is shaping up to be a good thing for the brand. Four collections after its debut, Cornerstone can be found on the racks at H Lorenzo, I.T., Rare Market and Please Do Not Enter, and has been featured in the likes of Highsnobiety and Fucking Young. Sun is planning for the brand’s runway debut in 2019, but remains undecided as to whether it should be in China and Europe.

Much like the man himself, Cornerstone’s pieces are amalgamations. In the brand’s Autumn/Winter 2019 collection — to be showcased in Paris this month and shot in photos revealed exclusively to BoF — Sun updates traditional Chinese aesthetics with understated streetwear cool.

Standouts are the outerwear, which exhibit Sun’s architectural approach to construction: a blood-red lattice gives depth and dimension to a classic single-breasted coat ($1,346), while the bottom half of a mustard-hued number ($1,597) looks as if artfully dusted with charcoal, conjuring up gunpowder drawings by Chinese artist Cai Guoqiang. Pockets play tetris on a boxy military-style vest ($627), though Sun opts for a sleek midnight blue silk over the conventional nylon mesh.

I feel like a stranger in China’s fashion industry. The atmosphere can feel hostile and I don’t feel comfortable having this persona in the mainland.

Sun's brand is poised to fill a void in China's homegrown menswear scene. "For the past few years, the market has been filled with over-the-top styling and in-your-face logo maniacs that drive most of the sales," Albert Lee, I.T.'s menswear merchandising manager tells BoF. "It’s time to change back to the basics - the appreciation of the designer’s aesthetic and craftsmanship."

Lee reckons that Cornerstone fits the bill. "[The brand is] a breath of a fresh air, which [injects Sun's] architectural skill into the fluid construction of garments. A simple pleated jersey top can be versatile once customers try it on, a transparent bomber jacket can capture customers’ eyes and soul."

Sun studied stage design in university, but began his career in architecture. "Designing sets felt very temporary and I had a dream to create something long-lasting," he says. "What architects and interior designers build is permanent, as far as man-made things go." But 13 years later, Sun pivoted again, this time into fashion, with the launch of Cornerstore.

Though fashion brands — with their seasonal offerings and trending pieces — aren’t exactly symbols of permanence, he hopes to be the exception, thanks to his design philosophy. “Designers of space are stubborn: we use culture and function as starting points,” Sun says. “We’re not as avant-garde as fashion designers, who are expected to change every season and strive for another breed of visual impact.”

Today, the designer can often be found scouring the vintage markets of London and Tokyo for World War II era references, which carry emotional weight: Sun’s father was in the air force, and he grew up next to a military base. 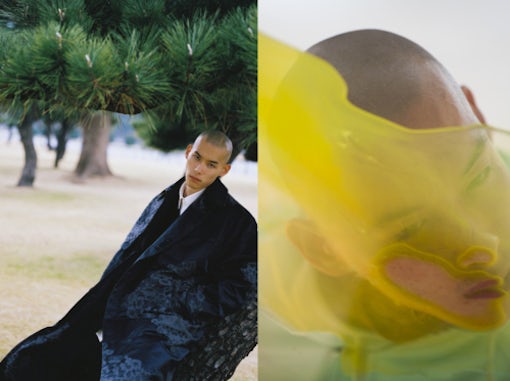 Sun certainly hasn’t shied away from experimentation. For Cornerstone’s past two collections, he created art installations and used music and videography to explore modern and theological themes to accompany his pieces, from the Big Bang to digitisation of the number pi. Rebirth and sustainability are common threads between his faith and the brand (past collections have experimented with upcycling).

Confronting China’s cultural issues is daunting and Sun’s bold approach to voicing his thoughts is yet another quirk that separates him from the slew of young designers making waves in Shanghai.

While Sun hopes to one day design his own retail space in London, for now his team of five work at an office situated only a stone’s throw away from his architecture firm in Hangzhou. His recurring showroom presence in Paris alongside Cornerstone’s upcoming runway debut will be a step in this more international direction.

Wherever he ends up basing his brand, there is no question that it will continue to embody Sun’s values and world view. “It’s not just a label to me. Saying I want to represent our country sounds very personal, but for me there is no difference between the brand’s future and my personal ambitions. I am my brand.”