Aurora James of Brother Vellies is preserving the traditional shoemaking craft of South Africa and building an emerging business in the process.

BROOKLYN, United States — At a critical juncture in producing her first collection of shoes, creative director Aurora James was faced with a sourcing snafu. She had managed to procure a supply of some of the world’s finest ostrich leather from Oudtshoorn, a South African village renowned for breeding the largest ostrich population on earth. Unfortunately, workers in the area had staged a transportation strike and the factory was three days’ drive away.

“We ended up having to get a helicopter to fly this ostrich to where we needed it,” she laughed. Such is the tenacity and resourcefulness of James, a Toronto-born New York transplant who still speaks with the drawled vowels from years spent in Los Angeles. In early 2013, she launched footwear line Brother Vellies to bring her modern take on traditional South African shoes and materials to a broader market. (The name comes from the slang form of veldskoen, the traditional South African and Namibian rawhide shoes that allegedly inspired Nathan Clark of Clarks shoes to design the brand’s popular ‘desert boot.’) 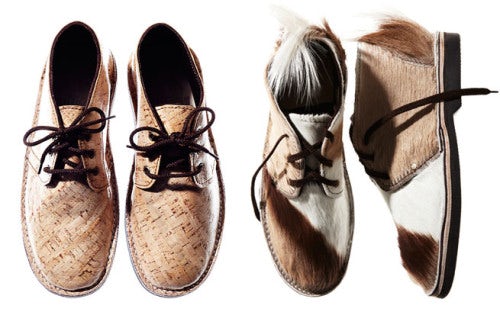 Spanning women’s, men’s, and children’s, Brother Vellies shoes and sandals, while rustic in shape and finish, are elevated by inventive materials and design elements such as cap toes and heel flourishes. In addition to the sustainable kudu leather and skins of the region, like the attractively dappled springbok (a type of gazelle), James also uses cork, denim, and even holographic treatment. Each pair retails for $200 to $400, exceeded only by special one-off orders. 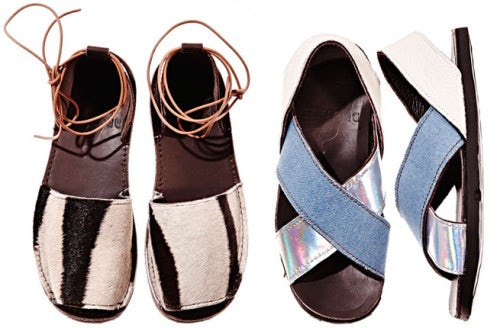 Growing up just outside of Toronto, James became pen pals with the impoverished children in far-flung places that her grandmother had sponsored for years. “When my grandmother passed away and I got older and wanted to sponsor kids on my own, I thought about how it would be so much better if they had actual jobs instead of just being reliant on their sponsor,” she said.

Leisure trips to Africa eventually led James to found Brother Vellies. “When I was going to Africa, I was struck by how I would see Ed Hardy and Nike. I’d have conversations with people and that’s what they wanted to wear, whatever Kanye [West] was wearing, and so their local traditions and local apparel were kind of dying out. I started my company with the goal of not letting that happen, to the best of my ability,” she said.

Through a friend of a friend, she located an independent artisan workshop in Namibia. Today, she works with fewer than five workshops, mainly in Kenya but also in Namibia and South Africa, and flies regularly between Africa and Brooklyn. Past employment as a model agent and fashion director of GenArt, an organisation hosting showcases for emerging designers that counts Zac Posen among its alumni, helped James navigate the stumbling blocks of emerging fashion businesses. 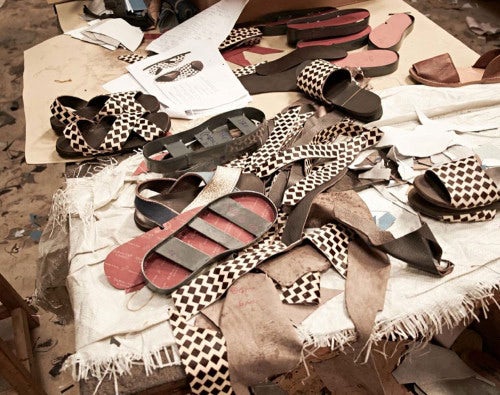 Brother Vellies’ social entrepreneurship model reflects what James sees as opportunity amidst changing consumer sentiment. “There are a lot of customers out there right now who want to make a change,” said James. “They want to make sure they’re going to be able to make a difference with the money that they’re spending and that really comes through in our company.” Indeed, in recent years, mission-driven companies such as Warby Parker and Toms shoes, have resonated with shoppers, particularly millennials.

Stockists have taken notice. Next month, Brother Vellies will appear in Nordstrom’s Pop-In shop, curated by Olivia Kim, and have also appeared on pre-order website Moda Operandi and in collaborations with New York designer William Okpo. However, 90 percent of orders, said James, come through the brand’s online shop. She declined to reveal specific figures, but said that online orders have sustained the company’s cash flow thus far; 40 percent of customers make repeat orders within six months.

Beyond cash flow, her online shop also sustains her mission. “Because I’m working in Africa and there are specific workshops and people I am working with, I have a responsibility to continue working with them,” said James. “I just have this fear that if I take on a big wholesale account and then not have a continued commitment from them, I’d be letting people down in Africa. Whereas if I focussed on building our online store, and building a first-hand relationship with our customers online, that they’d love the shoes in the way that I would and I’d always be able to count on them.” 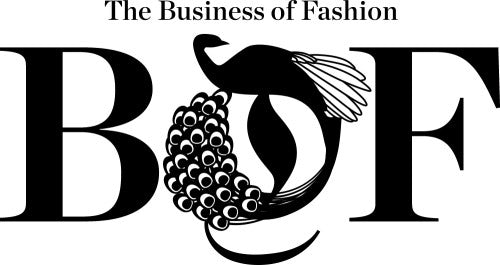 James' spin on the BoF logo features Brother Vellies' mascot, the peacock, which have "a level of elegance in a natural reference, an important element to Brother Vellies, which balances the rugged origins of vellies."

Scaling the business, retail shops and finding a partner are on the horizon, but James is also conscious of the product’s integrity and stiff market competition. “It’s about creating an amazing product and also doing good with that product by creating a job which is more empowering than handouts. But when it’s sitting on the shelf at Lane Crawford or Barneys, it’s not going to be able to tell the consumer its story. So it needs to be able to sell itself on its own.”