LOS ANGELES, United States —Like many young Hollywood ingenues before her, rising star Kaitlyn Dever has been pegged by Louis Vuitton as one to watch. For her first Academy Awards ceremony on Sunday night, the LVMH-owned brand dressed Dever, who has earned accolades for roles in the coming-of-age flick "Book Smart" as well as the Netflix series "Unbelievable," in a red Jessica Rabbit-style satin gown — sweetheart neckline and all — beaded with 14,400 Swarovski crystals that took 1,900 hours to attach. In all, the dress required an additional 110 hours of work to produce.

But that was only part of what made it special. As Dever told a red carpet commentator, the dress was also "sustainable," certified by the environmental group Red Carpet Green Dress™ (RCGD). The organisation, which aims to "draw attention to the importance of more sustainable practises in fashion," has a partnership with the Academy Awards to collaborate with brands and emerging designers to create Oscar-worthy gowns “made entirely of sustainable materials.” Past looks have been worn by high-profile celebrities including Sophie Turner, Naomie Harris and Emma Roberts.

Samata Pattinson, chief executive of RCGD, said rewearing a garment or choosing a responsibly produced gown sends the message that: “I don’t feel the need to keep up with consumerism...and I’m so in love with this piece...that I want to tell its story again."

The fight against climate change has officially come for the red carpet. 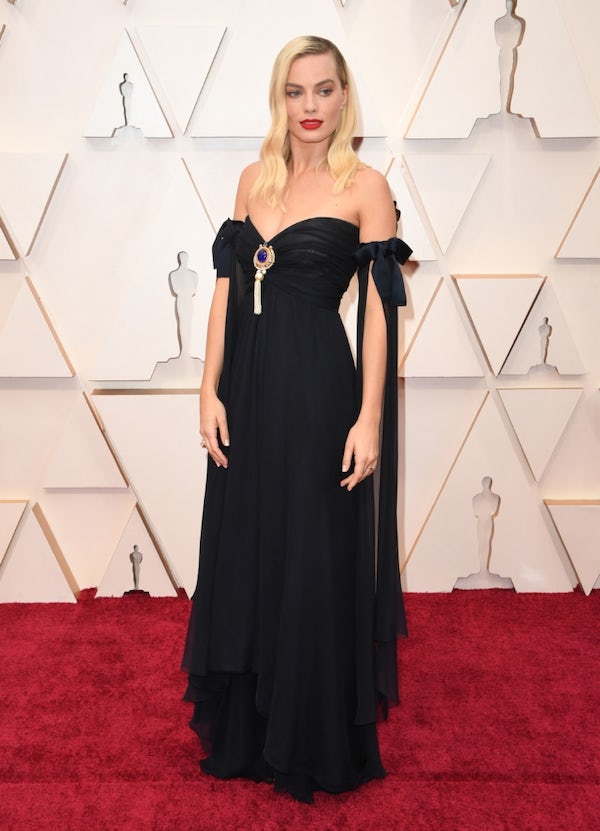 Australian actress Margot Robbie arrives for the 92nd Oscars at the Dolby Theatre in Hollywood, California
on February 9, 2020. (Photo by Robyn Beck / AFP) (Photo by ROBYN BECK/AFP via Getty Images)

On Sunday, stars including Margot Robbie wore vintage couture as an alternative to new dresses, and Olivia Coleman, last year's best actress winner, wore a sustainably made Stella McCartney dress. There was also Joaquin Phoenix, who won an Oscar for his role in the hit comic book movie "Joker." Throughout the awards season, he wore the same Stella McCartney tuxedo, following in the stead of actresses like Cate Blanchett and Julia Roberts, who have made headlines in the past for repeating red carpet looks.

But it's not just the actors making a statement. The awards shows themselves are attempting to shake off an image of excess and waste by banning plastic bottles and serving plant-based meals. The BAFTA Awards in London even gave attendees a list of eco-friendly fashion brands and retailers to consider when choosing their outfits. (Few stars appear to have followed their advice.)

But what are these gestures actually accomplishing?

Combined, that’s roughly the emissions created by burning 550 pounds of coal, which sounds like a lot until you consider that the US used about 600 million short tonnes of the black stuff last year alone.

Eco-friendly red-carpet looks are more about the messaging than the carbon savings.

“If you have something great [to wear], it should be seen again and again,” said celebrity stylist Elizabeth Stewart, who works with a number of high-profile clients, including Blanchett and Roberts. “It’s just about thinking a little bit more about the footprint we are leaving.”

Brands can also get a publicity boost from re-worn dresses. Blanchett’s second-time-around dress drove $246,600 in earned media value (EMV) — or the amount of money a brand would need to spend on traditional advertising to reach the same amount of people — according to tracking firm Tribe Dynamics.

Tiffany Haddish re-wore her Alexander McQueen dress, purchased for the premiere of her film "Girls Trip," on "Saturday Night Live" in 2017 and to present at the Oscars in 2018. The dress went viral, earning $931,000 EMV for the brand. 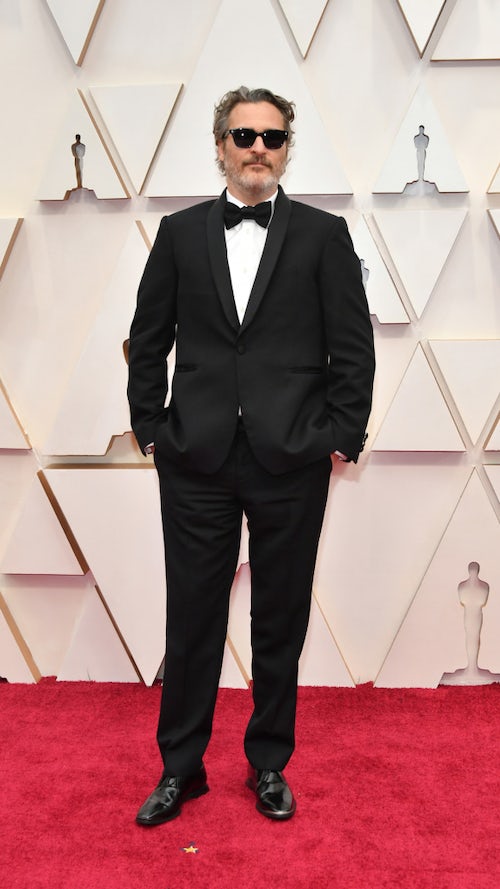 “I got involved with caring about the environment when I was born into it,” Haddish told The Hollywood Reporter in 2019. “I’ve already been trying to help clean up, recycle — be a part of being good to the Earth, and it’s because of Earth — it’s where I live, we all live.”

The attention isn’t always positive, however. Re-wearing an expensive dress or tuxedo to make a statement can trigger accusations of greenwashing.

When McCartney took to Instagram to praise Phoenix for pledging to re-wear his tuxedo, plenty of fans praised the designer and star — but not everyone.

“This is a joke, right?” one user asked. “This post just goes to show the level of hypocrisy in Hollywood so much so they are applauded for wearing the same suit more than once.”

RCGD’s Pattinson said brands and organisations adopting sustainable processes must use the red carpet as a tool to communicate what they're doing elsewhere. (McCartney, of course, played an integral role in establishing Kering's sustainability best practises and is now working with her new investor, LVMH, to do the same.)

Environmentalists are pushing for brands and stars alike to go further. The Saturday before the Oscars, activists affiliated with Extinction Rebellion Youth staged a protest at the Hollywood sign, calling upon the entertainment industry do more.

The long-term goal is to increase engagement with environmental issues by getting people to think about their consumption patterns. As Stewart put it: “There is just this insane rule that somebody made up, that everyone is adhering to, that you can’t rewear things."

The Red Carpet's Other Race Problem

The New Way Celebrity Stylists Are Paying the Bills