The Year Ahead: What Getting Woke Means for Brands

Younger consumers are seriously concerned with social and environmental causes, which many regard as being the defining issues of our time. What are the implication for business?

LONDON, United Kingdom — Younger consumers are seriously concerned with social and environmental causes, which many regard as being the defining issues of our time. They increasingly back their beliefs with their shopping habits, favouring brands that are aligned with their values and avoiding those that don’t.

Brands are responding by integrating social and environmental themes into their products and services. The benefits of these policies are clear, but as the causes that some brands champion venture into controversial territory there are risks and consequences for those that fail to get it right. 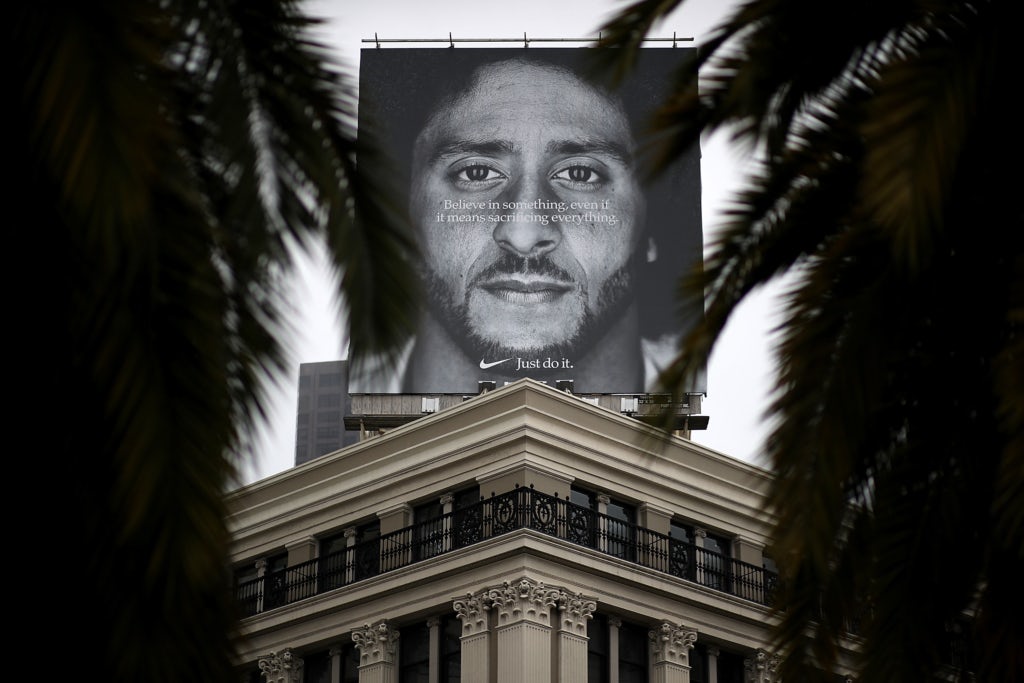 Nine in ten Generation Z consumers believe companies have a responsibility to address environmental and social issues. The inclusion of the latter is a departure from the views of the previous generation of millennials, which had a greener focus. The change is reflected in the higher profile of social issues, and campaigns such as #MeToo, #BlackLivesMatter and #TimesUp, all of which have entered the mainstream lexicon over the past couple of years.

The views of Gen Z and millennial consumers are critical. Together, these cohorts represent around $350 billion of spending power in the US alone (~$150 billion spent by Gen Z and ~$200 billion by millennials) and Gen Z alone will account for 40 percent of global consumers by 2020. But concern over environmental and social issues is not restricted to younger consumers. Some two-thirds of consumers worldwide say they would switch, avoid or boycott brands based on their stance on controversial issues. Half of these regard themselves as activists, driven by passion. The other half are less dogmatic, tailoring their decision to the situation at hand.

Still, the dynamics behind the numbers are compelling. Over the past three years a third of consumers worldwide have expanded the scope of their purchasing decisions to incorporate principled values and views. A new global ethos is emerging, and billions of people are using consumption as a means to express their deeply-held beliefs.

Signs of this evolving agenda can be found beyond consumer sentiment too. Fashion companies are showing signs of getting “woke” (a phrase defined as “alert to injustice in society,” popularised on social media). For example, based on a “data scrape” of over 2,000 fashion retailers, the appearance of the word “feminist” on homepages and newsletters increased by a factor of more than five from 2016 to 2018.

Many brands and retailers including Nike and Levi Strauss are on board, and both companies have taken a clear stance on social issues in recent months — Nike supporting Colin Kaepernick, the face of the NFL’s “anthem protests,” and Levi’s fronting a campaign against gun violence. Gucci has also supported that cause, supporting a student-led march calling for more gun control. And American designer Jeremy Scott appeared at his New York Fashion Week show with a T-shirt urging, “Tell your senator no on Kavanaugh,” in reference to the then-embattled US Supreme Court justice, undergoing confirmation hearings.

Not all causes that fashion brands advocate are universally popular, and these can come with significant risks.

In Asia, Fast Retailing, the parent company of Japanese retailer, Uniqlo, has made efforts to hire refugees and, since 2016, has donated over $5 million to the support of refugee initiatives in Asia. British retailer, ASOS, has taken a different approach to support refugees, launching an exclusive lingerie line in partnership with designer Katharine Hamnett and Help Refugees, an NGO that will receive all profits from the initiative.

Some fashion players have attached collections and ranges to specific causes (H&M launched a Pride collection in 2018 in support of the LGBTQ+ community. Balenciaga collaborated with World Food Programme, donning its slogan, “Saving Lives, Changing Lives”) and others have geared campaigns to reflect beliefs (In a 2018 campaign to promote diversity, Moschino switched to using only models of colour).

Some companies are taking things a step further, putting purpose at the heart of their strategy and operations. There are growing numbers of B-Corporations, which are certified to have considered the impact of their decisions on people, society and the planet. Companies including Danone, Ben & Jerry’s and Patagonia are B-certified. In the fashion, apparel and beauty sector the number of B-corps had risen to nearly 200 as of April 2018, compared with just seven in 2010. Athleta promises that 40 percent of its products are made of recycled and sustainable materials, while Eileen Fisher and Allbirds have made similar commitments. The latter donates returned used shoes to charity. We would not be surprised if at least one $500 million-plus fashion company became a B-corp in 2019. 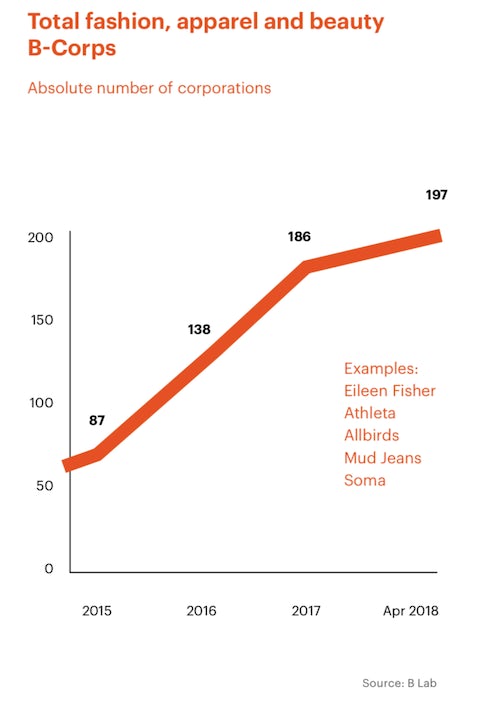 Notably, environmentally- and socially-focused companies are considered by younger cohorts to be better prospects as employers, and the vast majority say they would be more loyal to companies that are aligned with those values. Commitment to tracking organisational key performance indicators is critical, as LVMH has done, setting out to have equal gender representation among executive ranks by 2020. A commitment to values on a group level can have impact on its brands’ culture. As mentioned by Balenciaga chief executive, Cédric Charbit, “I think the fact the brand belongs to Kering, and having Kering expressing commitment towards sustainability and values as a group, makes a difference. You work in an environment where this matters, this exists and we all are committed to this.”

Not all causes that fashion brands advocate are universally popular, and these can come with significant risks. The NFL “anthem protest” was a divisive issue in the US, creating a mixture of applause and backlash for Nike. Still, it created earned media exposure worth more than $163 million, within just days of the campaign launch. Besides potential controversy from supporting divisive causes, brands may also risk being perceived as hypocritical if they do not carefully ensure consistency in their messages and actions. In 2018, Primark was severely criticised and called “unethical” for releasing a line of Pride-themed T-shirts which were produced in Turkey, a country which is ranked third-worst in Europe for LGBTQ+ equality. Nike recently faced pressure from civil society groups to ensure fair wages are paid to workers of suppliers in emerging markets.

Another reason that brand alignment with causes can backfire is that discerning consumers can easily spot the difference between gimmicks and a genuine purpose that aligns with the values of the organisation. Companies can expect consumers to closely examine the level of continuity across campaigns and the nature of their strategic and operational decisions, as well as their tone.

It is worth noting that right now, the movement is much more pronounced in Western markets and that in certain territories it is not at all appropriate for brands to align with certain issues. While consumers in Western markets currently do tend to dominate the movement towards environmental and social conscience, that is likely to change. In the coming year we expect rising numbers of consumers in other markets to increase their levels of commitment. Darshan Mehta, founder and chief executive of Reliance Brands, a subsidiary of the Indian retail conglomerate Reliance Industries, believes “the number of voices is not enough to aggregate to anything significant [yet], but it’s a small wave and a tsunami may wash onto our shores [in India] in the years to come.” Despite the many associated risks, some large brands will be willing to court controversy to express beliefs, particularly luxury players, which will seek to attract younger consumer groups looking to trade up. There are clear benefits from doing so, and the more that companies express an authentic view, the more that those who don’t will be exposed. And while there is a counterargument that expression of controversial views may deter some customers, the calculation, of course, is that the loyalty rewarded by its remaining customers matters more.