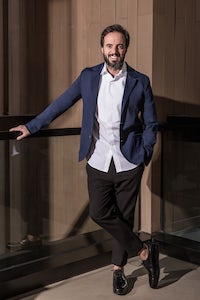 LONDON, United Kingdom — The fashion e-commerce race is growing increasingly competitive and after a period of large funding rounds at sky-high valuations, many industry observers say start-ups in the space will face a more challenging venture capital market this year. But while funding for fashion e-commerce is tightening in the US, investors in China and elsewhere in the APAC region are still looking for a piece of the action.

Farfetch — a fashion e-commerce platform which connects consumers with a curated global network of boutiques and, increasingly, brands — has just closed a $110 million Series F round led by new investors Temasek (Singapore's sovereign wealth fund), IDG Capital Partners (one of China’s first venture capital firms) and Eurazeo, with the participation of existing investor Vitruvian Partners, bringing the total amount of capital the company has raised to date to over $305 million. The terms of the transaction were not disclosed, but market sources say the deal valued Farfetch, which has prioritised omni-channel innovation, at around $1.5 billion.

The investment comes just 14 months after Farfetch raised a $86 million Series E round at a post-money valuation of $1 billion and will be used to continue the expansion of the company’s technology platform and fuel growth in China and other APAC markets, where Temasek and IDG Capital Partners have deep knowledge and relationships. China currently accounts for about 12 percent of Farfetch’s sales, with the rest of APAC collectively driving another 14 percent.

“Asia, together, is 26 percent of our business — like one in every four sales we do,” explained Farfetch founder and CEO José Neves. “If you look at the partners we now welcome on board, like Temasek, which has a huge, huge influence in South-East Asia and investments in all the major Asian internet players, and IDG Capital Partners — same thing — it’s definitely a strategic move. They know all the players there and it makes things easier for partnerships, for hiring, for insights,” he continued.

“We are excited to back José and his team in the company's next stage of development internationally. We are particularly excited about the growth of Farfetch in China where we hope to help them achieve even greater success,” said Alexandre Quirici, a partner at IDG Capital Partners, in a statement. Temasek was not immediately available to comment.

As for Eurazeo, a listed French investment company, “it’s a big shareholder in Moncler, Vestiaire Collective and, being in Paris, very well connected with the luxury groups,” explained Neves. Virginie Morgon, deputy CEO of Eurazeo, commented in a statement: “We were enticed by the Farfetch model which covers the sectors in which we have already gained a solid foothold: digital technology, luxury goods and brand names. In addition to its international profile, multi-channel model and its perfect understanding of the rules governing the luxury goods industry, we were very impressed by the company’s ground-breaking business model and the quality of its implementation, particularly from a technological perspective.”

Farfetch declined to disclose current revenue figures, but grew total transaction value to more than $500 million in 2015, up 70 percent on the previous year, putting estimated revenues in the ballpark of $125 million (the business is said to take a 25 percent commission from its partners). The company is not profitable.

Omni-channel is a critical component of Farfetch’s vision. “People live in an online-offline world, so the company that will pioneer the merging of physical retail and digital retail will be the winner in this industry and we’re trying to be that company,” said Neves.

A public listing is the next natural step for Farfetch. “I think IPO is obviously the next milestone for the company, but we don’t know when,” said Neves. “It will take some time, but it is definitely, in financial terms, the next big milestone.”