PARIS, France — It’s unlikely to be the hottest topic on the front rows this Paris Fashion Week, but behind the scenes technology is fundamentally reshaping the luxury industry, giving rise to companies like London-based Farfetch, which had a blockbuster debut on Wall Street on Friday.

So far, France — home to leading luxury giants like LVMH and Kering, and the creator of Minitel, one of the world's most successful pre-World Wide Web internet services — has failed to birth major fashion-tech companies, save for luxury re-commerce player Vestiaire Collective and flash sale site Vente-Privée. But the country has recently unleashed a number of technology-focused initiatives linked, in part, to President Emmanuel Macron’s ambitious plan to turn France into “a start-up nation.”

The early signs are encouraging. Last May, around 50 high-profile tech CEOs, including Facebook’s Mark Zuckerberg, converged on the French innovation fair Viva Technology, which is growing its profile. Then, there’s Station F, the biggest start-up accelerator in the world, backed by French telecoms billionaire Xavier Niel. The campus, housed in a 366,000-square-foot former railway depot in 13th arrondissement of Paris, has attracted Facebook as well as fashion and luxury players like LVMH, which has launched its incubator program La Maison des Startups there.

It's still tough to raise funds in France.

“In France, engineering and fashion used to live on two remote planets," says Pascal Morand, executive president of the French Federation of haute couture and Fashion, whose agenda includes the establishment of a think-tank on innovation. "A new generation of young people, both passionate about technologies and style, is emerging now, bringing enormous innovative potential to the ecosystem.”

But can Paris really birth the next Farfetch, Net-a-Porter or Stitch Fix? The truth is, France still has a long way to go. It currently ranks 19th in the European Commission’s 2018 Digital Economy and Society Index (DESI), which tracks the digital competitiveness of EU member states. Certainly, part of the issue is a conservative investor culture, say entrepreneurs. “It's still tough to raise funds in France," testifies Charles Nouboué, the founder of Fitle, who has raised €2 million to grow his virtual fitting room start-up.

Earlier this month, Launchmetrics, a marketing and analytics solution for the fashion, luxury and beauty industries, closed $50 million in financing led by Bpifrance, a French public investment bank. But transactions at this scale remain an exception. When it comes to funding for fashion-tech companies, Paris ranks 9th in the world, well behind New York, London and Berlin, as well as Delhi and Singapore, according to analysts at Tracxn.

But there is new momentum. Céline Lippi, an investor who is currently raising €50 million for a new Luxury Tech Fund says there are more French names in the 1200 small businesses she reviews each year. She points to “innovations that didn't exist two years ago, especially in sustainable or innovative fabrics" as well as her latest investment: online luxury athleisure brand Ernest Leoty. 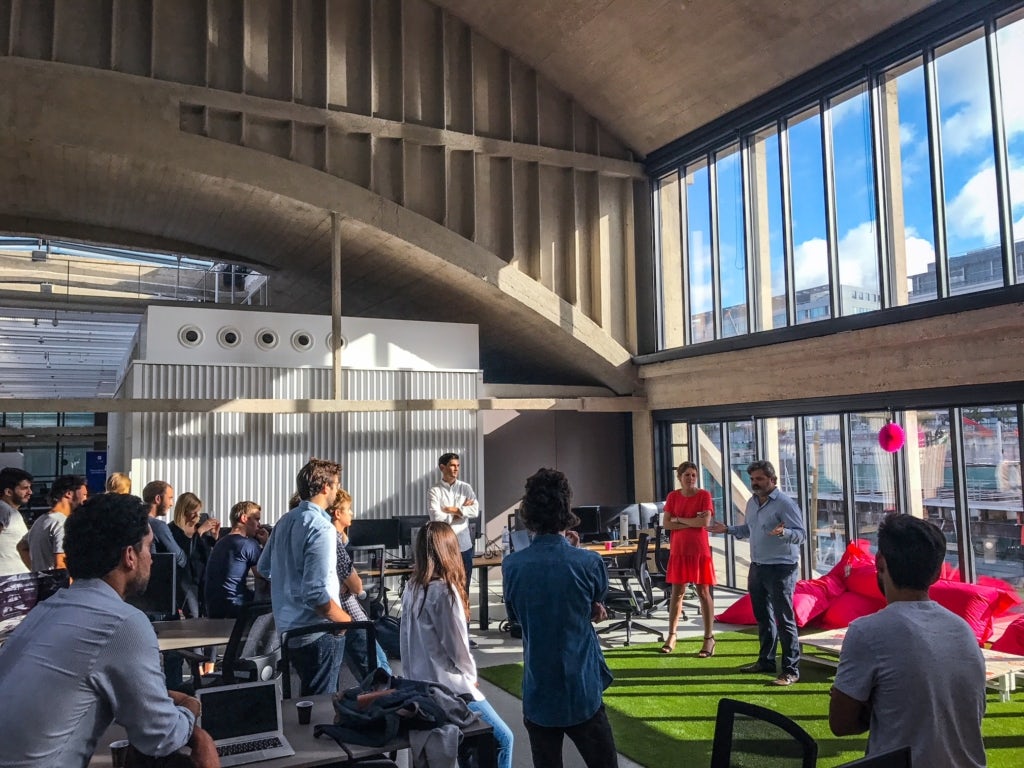 For Frédéric Court, a London-based Frenchman who is the founder of the venture firm Felix Capital and was the first investor in Farfetch, Paris has already proved its ability to birth inspiring fashion-tech companies. "Vente-Privée and the online fashion brand Sézane have successfully understood the needs of their customers and partners: Sézane has the potential to become a multi-billion company and I only regret that Vente-Privée didn’t go public," says Court, who sees greater opportunity for Paris in a post-Brexit world. "Thanks to its ecosystem, London has been able so far to attract a very diverse pool of talents that are necessary well beyond creativity, and that is what Paris has lacked so far. While a French entrepreneur runs a company like MatchesFashion in London, French companies tend to be run by French people mainly. However, it could change after Brexit."

Vestiaire Collective co-founder Sébastien Fabre also sees signs of change. “Back in 2009 when we started, we felt very lonely. The French fashion establishment was laughing at us as we explained how the digital experience would change their business," he recalls. "Now everybody understands, and the French environment is increasingly receptive to growing a successful start-up.”

Paris is having a moment right now, says Ian Rogers, a former Apple Music executive who joined LVMH as chief digital officer in 2015. “From the coding school École 42 and Station F to VCs like The Family, the ecosystem for start-up support is better in many ways than [in] nearly any other city in the world,” he explains. Rogers leads the team that is building the LVMH's multi-brand e-commerce player 24 Sèvres and says being based in Paris has enabled him to attract “a high level of technical talent with attention to style and craft — something missing from many American and UK fashion-tech teams.”

There are 60 fashion-focused business incubators or accelerators in Paris at the moment, many of them in partnership with big bands who realise that innovation has become "a critical element of differentiation," according to Franck Delpal, director of the entrepreneurship programs at the Institut Français de la Mode (IFM), and a means to regain “the agility they have lost in becoming big,” says Jacques-Antoine Granjon, the chief executive officer and founder of Vente-Privée. 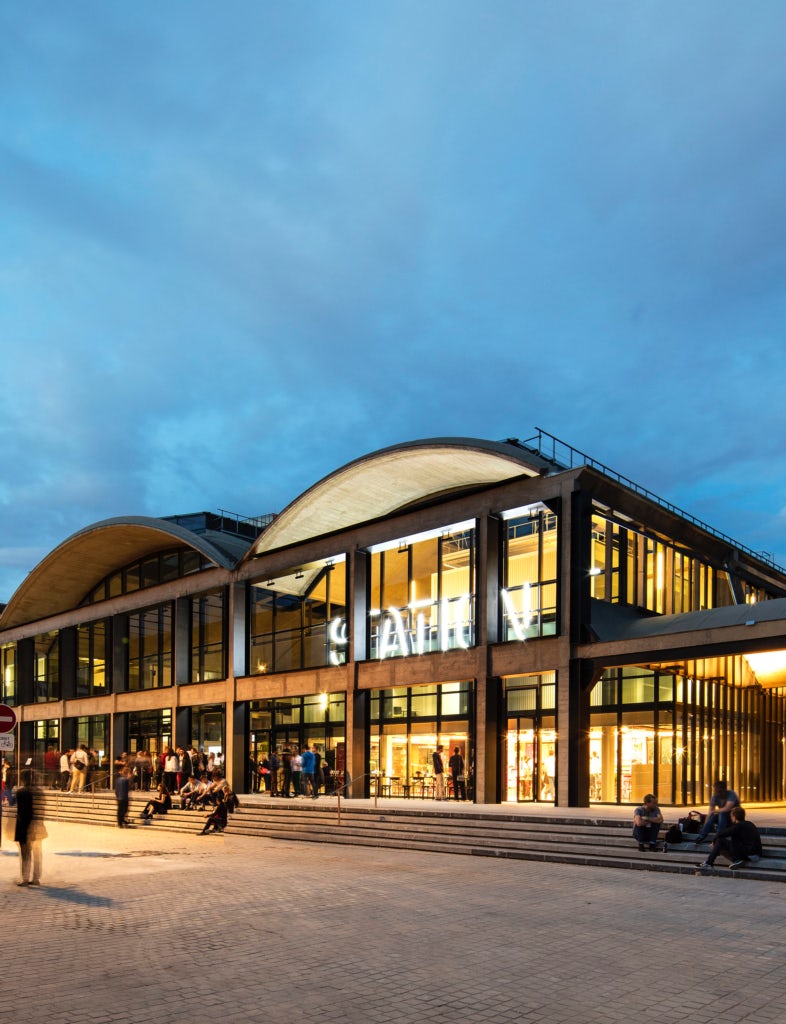 Many of these programmes are inspired by American initiatives. Plug and Play, one of the biggest accelerators in Silicon Valley, has teamed up with French luxury retailer Galeries Lafayette on Lafayette Plug and Play. But Station F remains the biggest hotbed of activity, where about 4 percent of the 1,000 start-ups describe themselves as fashion-tech, while 15 percent are e-commerce and retail plays. Alongside LVMH, Vente-Privée and L'Oréal have grabbed corners of the campus, whose lobby features large sculptures by Jeff Koons and Ai Weiwei, in what has become a trendy move calculated to attract positive publicity as well as drive innovation.

But the spotlight can be crucial for young entrepreneurs. "As a B2B company, we are usually relegated in the back office or treated like an anonymous subcontractor," says Constance Madaule, co-founder of Sericyne, a company working with silkworms to produce new materials as part of LVMH's Maison des Start-ups accelerator. "Here, we can gain exposure and credibility, in addition to sharing a lot with other start-uppers."

At Lafayette Plug and Play, 72 start-ups have joined the program since June 2016. Together, they have raised a total of €25.9 million and developed 76 pilot projects. For Daco, an AI-powered platform providing retailers with real-time competitive benchmarking, it paid off. “We saved time on the crucial steps of understanding retailers' data issues, which we re-invested in adapting our platform and testing it in real conditions," explains co-founder Claire Bretton.

At LVMH’s Maisons des Start-ups, it’s the “cross-fertilisation process” between young entrepreneurs and the conglomerate’s brands that is most valuable, says Isabelle Faggianelli, the company’s director of digital transformation. “The business potential between our maisons and the start-ups is key, and our maisons are also learning a lot from the way entrepreneurs are thinking and working out of the box."

Entrepreneurs move to the US or China to launch a business because launching your product across Europe is too costly.

But for French fashion-tech to really take-off there is a lot to be done, says LVMH’s Rogers, who cites capital gains tax reform to the way corporate debt is handled to the faster and easier winding down of unsuccessful companies. “But the biggest thing needed is a single European market from a tax and business perspective. Entrepreneurs inevitably move to the US or China to launch a business because launching your product or service across Europe is too costly."

Only this year has Vente-Privée, born in 2001 and the only French fashion-tech unicorn, to drive half of its total sales from France. “One has to be patient and have a long-term ambition,” counsels Granjon. “The others will be swallowed up by big companies that don't understand how to transform themselves in the digital age.”

Jeremy Uzan, a partner with Alven Capital, believes France is currently incapable of birthing a company like Amazon, but he is confident that “we will have more and more online brands like Sézane,” in which Alven Capital made an early bet that paid off when he sold his share to growth equity firm General Atlantic earlier this year.

But new technology is certainly not always the answer. Beware the “shiny object syndrome,” warns Morand. Isabelle Ginestet-Naudin, director of creative industries funding at Bpifrance, an early investor in young fashion labels Ami, Lemaire and Officine Générale, cautions that successful fashion-tech companies must have a DNA that as much rooted in fashion as technology. “If creativity is not there, there is nothing that tech can solve.”

10 Trends That Will Define the Fashion Agenda in 2018