The world’s largest luxury group is finally focused on digital. Does it need to think bigger?

The world’s largest luxury group is finally focused on digital. Does it need to think bigger?

The stakes could hardly be higher for the world’s largest luxury conglomerate.

The internet is fundamentally rewiring consumer behaviour. Already, more than 90 percent of luxury purchases are influenced by digital interactions. And, over the next few years, the luxury industry is set for significant e-commerce growth, with digital sales expected to more than triple by 2025, reaching €74 billion ($87 billion), according to global consultancy McKinsey.

While its track record online has been uneven, LVMH has finally made digital a top priority. “The group is totally oriented towards digital, both in terms of e-commerce but also with regard to the internal management of our business and communication,” said chairman and chief executive Bernard Arnault at LVMH’s annual general meeting in Paris last month.

This week, LVMH’s digital focus was on display again as Arnault spoke to journalists at the Viva Technology conference in Paris, just before announcing the winner of the LVMH Innovation Prize and only days after the group finalised a strategic partnership with fashion search platform Lyst, leading a $60 million investment in the start-up.

LVMH is making moves across the e-commerce ecosystem.

The group is investing more resources in boosting direct digital sales of its brands. And while laggards like Céline, Givenchy and Berluti only recently launched e-commerce, cash cow Louis Vuitton began investing in digital early and now generates significant online sales. In 2017, overall e-commerce revenue at LVMH grew by 30 percent and, according to group managing director Antonio Belloni, the company is pouring more investment into digital, including 30 percent of its media spend.

“With Sephora, and some of our brands including Louis Vuitton, we have great success in selling directly to our consumers,” said Arnault. Yet even Vuitton remains behind digital luxury leaders.

Of course, customers also like to shop from boutiques, which offer curation and end-of-season sales. And LVMH is active in multi-brand e-commerce, maintaining lucrative relationships with the likes of Net-a-Porter and others, which operate a traditional wholesale model, buying and reselling the group’s products, though the margin LVMH makes on these sales is lower.

Importantly, the conglomerate is also making what LVMH chief digital officer Ian Rogers called a “huge investment” in building a multi-brand player of its own. This month marks a year since the birth of 24 Sèvres, the group’s long-awaited return to multi-brand fashion e-commerce eight years after the demise of eluxury.com, which launched in 2000 but suffered from strategic miscalculations and poor execution, as well as the challenges of being an early adopter.

“With 24 Sèvres, we’ve had quarter after quarter growth… and we're not taking our foot off the gas,” said Rogers. But despite privileged access to coveted LVMH brands, the venture is dwarfed by competitors. According to data from SimilarWeb, a digital market intelligence service whose data is imperfect but directionally accurate, monthly unique visitors to 24 Sèvres in April 2018 amounted to just over 249,000, compared to 1.47 million to MatchesFashion and 2.58 million to Net-a-Porter.

LVMH also works with platforms like Farfetch and Lyst, which offer consumers a huge product selection, not to mention Alibaba’s Tmall and JD.com, major players in China. “Anecdotally more brands are working with Farfetch — not like a big commercial deal or anything but there's growth in the marketplace area,” revealed Rogers. “When I started LVMH, we had zero brands on Tmall. Today, we have nine.”

In a world where sectors from music (Spotify) to transport (Uber) have been fundamentally reshaped by fast-growing, tech-driven companies, LVMH does not see itself as a technology company. “For the LVMH group, the goal is to grow our luxury product. We concentrate a lot on the creativity and the quality of our products. Technology for us is a tool,” said Arnault. “The goal of LVMH is not to transform into a new technology company.”

That said, Rogers believes the underlying dynamics of the internet play to LVMH’s strengths. “Fundamentally, you have this expansion of consumer choice and access to culture. And then what's downstream of that is we are moving from a mass market to tribes,” he explained. “The other thing is that we're moving from a world where marketing was hyper-efficient to a world where quality is hyper-efficient. The consumer voice is so loud that we watch “Stranger Things,” not because Netflix did a good job with marketing, but because our friends told us 'you've got to see this.'”

But to seize the full scale of the opportunity, does LVMH need to be bolder?

On Friday, rival luxury group Richemont clinched its takeover of Yoox Net-a-Porter acquiring more than 95 percent of the company’s shares and doubling down on its commitment to the fashion e-commerce leader. Should LVMH make a similarly big move to accelerate its digital strategy?

Lyst is one of the few digital players in which LVHM took the lead with a strategic investment. But deepening its relationship with Lyst is not enough. And there are few attractive assets left.

Farfetch is off the market. The platform is gearing up for a blockbuster IPO at a valuation greater than $5 billion. Some whisper that Moda Operandi, in which LVMH already has a sizable stake, could be a target. Then, there’s MatchesFashion, which last September sold to Apax Partners in a deal valuing the company at more than $1 billion and, this week, reported fiscal 2017 revenues of £293 million ($394 million), up 44 percent year over year.

“It’s about the full spectrum of ways the customer will shop,” he added. “LVMH is investing across the spectrum and I believe that's the right strategy: to meet the customer wherever they are.” 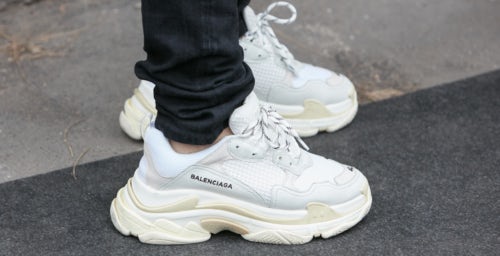 Balenciaga is Kering's fastest growing brand. The luxury-goods group said Balenciaga was its fastest-growing brand in the past two quarters, trumping Gucci's 49 percent rise in comparable sales in the January to March period. While Kering does not break out earnings, Francois-Henri Pinault said Balenciaga will reach ‎€1 billion ($1.18 billion) in annual sales in the medium-term, although it is still dwarfed by Gucci, with €6.2 billion in revenue in 2017.

MatchesFashion growth driven by international expansion. The e-commerce site’s 2017 revenues are up 44 percent, boosted by a US expansion push and increased purchases by existing customers. Revenue rose to £293 million ($394 million) for the 2017 fiscal year, while earnings before interest, taxes, depreciation and amortisation grew by 34 percent to £19 million ($26 million). The US is now its largest country by revenue, increasing by 54 percent year-on-year.

Tiffany sales jump as turnaround pays off. The jeweller posted strong sales growth for last quarter, raised its profit forecast for the year and announced a share buyback plan of $1 billion. Shoppers also got their first look at creative chief Reed Krakoff’s debut jewellery collection, which includes platinum bracelets and diamond necklaces priced from $2,500 to $790,000.

Ralph Lauren reports higher-than-expected quarterly profit. The New York-based company reported net income of $41.3 million (£31 million), or 50 cents per share, in the quarter ended March 31, compared with a loss of $204 million, or $2.48 per share, a year earlier. Net revenue fell 2.3 percent to $1.53 billion, but was above the average analyst estimate of $1.48 billion.

Carven seeks bankruptcy protection. The French fashion house has been falling on hard times. Annual sales plunged to 20 million euros $23.4 million in 2017, half of the level in 2014, when former artistic director Guillaume Henry left and its fortunes took a turn for the worse.

Target launches three new brands. The retailer is launching new labels Wild Fable, Original Use and Heyday in a play to win over one of the most discerning consumer groups of all: Gen-Z and young millennial shoppers aged 13 to 24. The three brands brands stretch across multiple product categories, including trendy fashion for young women, a line for young men and streetwear. 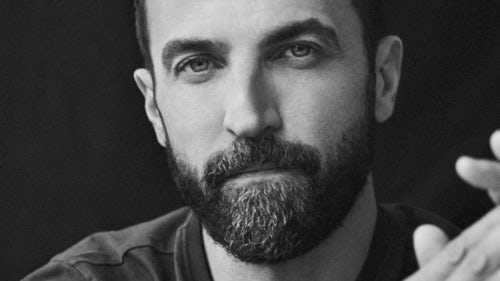 André Leon Talley discusses his next act. On the heels of his new documentary release, The Gospel, which shows the challenges he faced as a black gay man rising in the fashion industry in the 80s, the former American Vogue editor opens up in a new interview about the obstacles he still faces in what he describes as an “arctic” industry.

Stuart Weitzman creative director exits as Tapestry cites inappropriate behaviour. Less than four months after presenting his first full collection for the American shoe brand, Giovanni Morelli is out. The departure comes at a challenging time for Stuart Weitzman, which has been a growth driver for Tapestry since it acquired the brand in 2015 for $574 million.

Revlon appoints first-ever female CEO. Debra Perelman has been named chief executive officer as the cosmetics company controlled by her father, billionaire Ronald Perelman, faces intense competition and mounting losses. She became chief operating officer of the firm in January and has served on Revlon’s board since 2015.

Haider Ackermann opts for co-ed runway show. The designer will combine the menswear and womenswear runway shows, starting with the Spring/Summer 2019 collection to be shown in September. As a result, Ackermann will not show his menswear collection during Paris Men's Fashion Week in July.

Interview magazine closes after 50 years. The magazine founded by Andy Warhol is closing after months of turmoil, including a lawsuit brought over back pay and the resignation of a creative director accused of sexual misconduct. The publication is closing its print and digital operations, effective immediately, as well as file for Chapter 7 bankruptcy.

Target's digital sales grow. Chief executive Brian Cornell has made e-commerce a key part of his $7 billion turnaround plan — and it's a push that is paying off, even as profit missed forecasts in the first quarter. Digital revenue rose 28 percent in the period ended May 5. That contributed to a 3 percent lift in same-store sales, beating analysts’ average prediction.

Alibaba snaps up stake in Ordre. The digital platform for wholesaling fashion has attracted investment from Alibaba, which plans to put some of the start-up’s technology to use to sell directly to consumers. Neither party would confirm the scale of the investment, though sources close to the deal said it was less than $20 million.

Adrian Cheng plans China rollout for Flont, Moda Operandi. Flont, Moda Operandi and Bandier will open locations in China over the next two years, an expansion backed by the entrepreneur. The venture capitalist has stakes in the three companies through his C Ventures fund, a six-month-old investment vehicle for millennial-centric brands.

Poshmark hits new milestone as sellers make $1 billion. Sellers on the online marketplace make a sale every second and upload $100 million of inventory weekly, said founder and CEO Manish Chandra, highlighting the opportunity for young e-commerce companies despite the threat of Amazon. For the current year, Poshmark is projecting annual revenue of $150 million to $200 million.